Taxonomic history: Stål (1876) proposed the division Limnocoraria to contain two genera, Borborocoris and Limnocoris , that he described. Montandon (1897c) elevated Limnocoraria to subfamily status as Limnocorinae and synonymized the two genera. Two additional genera, Sattleriella and Usingerina , have been described, but ultimately were also synonymized with Limnocoris by Nieser & Lopez Ruf (2001) and Sites & Willig (1994), respectively. Thus, the subfamily is monogeneric. Popov (1970) considered this group as a tribe-level taxon, Limnocorini, in the subfamily Naucorinae , but this classification scheme has not been followed by other specialists. Limnocorinae comprises 71 described species and many more awaiting description, including species included in this analysis.

Revised taxonomy: This is the only subfamily of Naucoridae that remains unchanged following this revision and that of Reynoso-Velasco & Sites (2021).

Diagnosis: This subfamily is distinguished by the strongly developed meso- and metasternal midventral carinae ( Fig. 16 View Figure 16 ), a condition that can be species specific. Many species are concolorous brownish-green, flattened and ovate to circular in outline, thus their bodies are saucer shaped ( Fig. 10f View Figure 10 ).

Comments: This subfamily is exclusively New World in distribution and is sister to Cryphocricinae , which also is restricted to the New World. Both subfamilies are more species rich in the Neotropics, with minimal incursions into the Nearctic region. The molecular distance of Limnocorinae in the dendrograms of both the BI and ML analyses was sufficiently great that the clade length was interrupted and shortened to be depicted on the graphics. These two subfamilies are sufficiently adapted to their particular environmental circumstances that morphological synapomorphies to link them are not evident; however, biogeographic and molecular evidence (pp = 0.90, bs = 99) provides compelling evidence for this sister group relationship. The North American and South American Andean faunas were each recently revised ( Rodrigues & Sites , 2019, 2021, respectively), with further revisions in progress for the Guiana Shield, Amazonian, and southern South American faunas by the same authors. 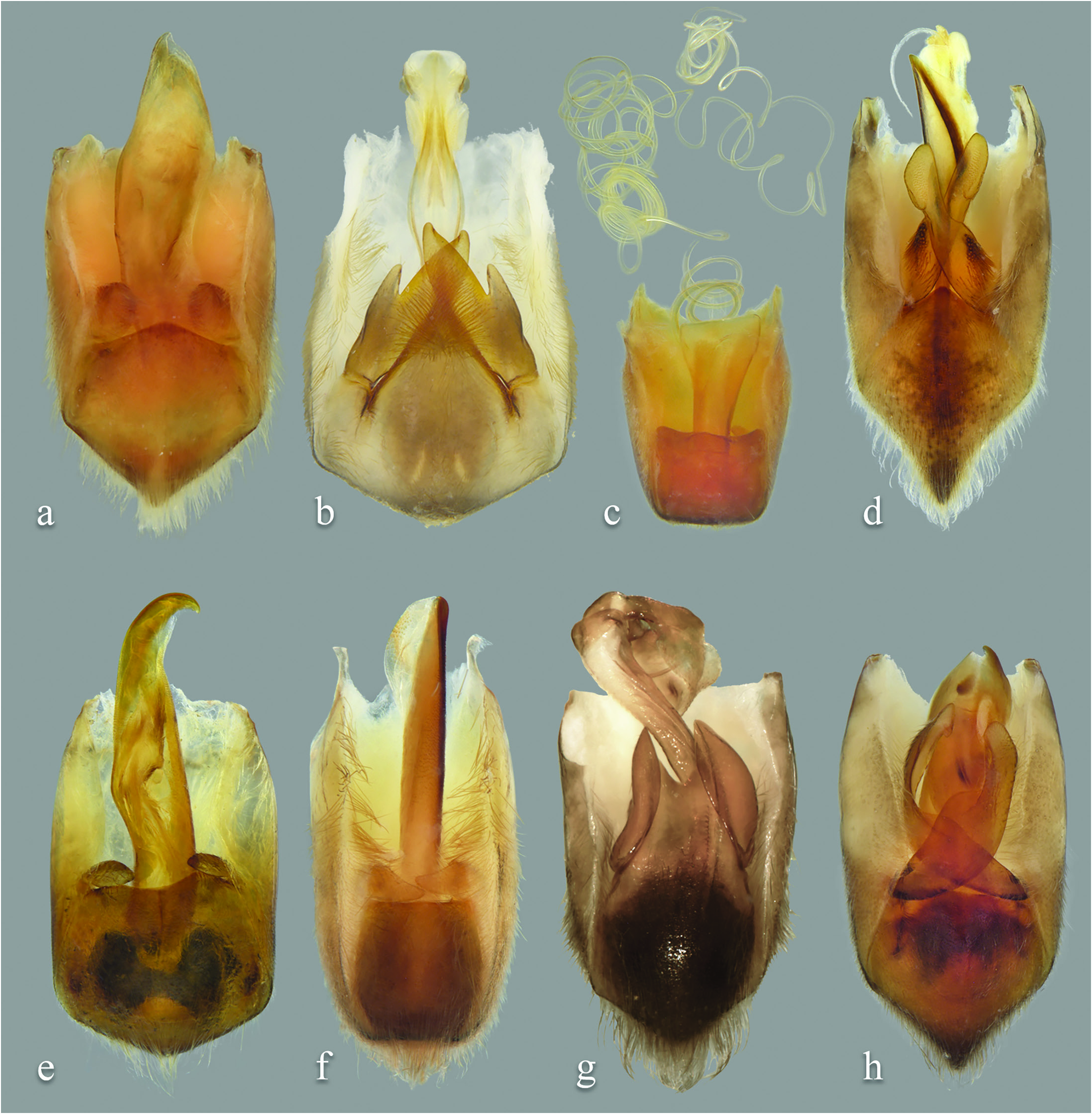