Etimology. “ Gruta ” (cave/grotto in Portuguese) comes from the Latin “ crypta ” (crypt). At the entrance of Lapinha Cave, there is an altar that is used by Catholic believers, and the skeletons of the pampatheres were found in a chamber below which is analogous to a crypt, reinforcing the choice of this name.

Diagnosis. Holmesina cryptae  sp. nov. differs from other species of pampatheres in having: a less elevated frontal crests in frontal bones; a less robust, thin and low sagittal crest; a nuchal crest narrower in the lateral borders; a robust and pointed mastoid process in the petrosal bones; a C-shaped notch anteriorly in lateral view of premaxillas; a larger infraorbital foramen in maxillas; very robust postorbital apophyses (postorbital process of jugal). The shape of the H. cryptae  sp. nov. skull is more triangular than the other species and possesses robust zygomatic arches with an orthogonal process zygomatic of squamosal. The skull also shows the most robust parietal region, and the widest and more robust snout. The molariforms are farthest from the sagittal line than any of the compared species. Holmesina cryptae  sp. nov. presents osteodermal ornamentations less marked than in Scirrotherium carinatum  , Kraglievichia  , H. paulacoutoi  and H. occidentalis  , however more defined and punctured than in Pampatherium  . Anteriorly to the first lower molariform (mf1) in the dentary, there is a toothless pointed region longer than in any other species of Holmesina  , however it is less developed than in P. typum  and P. humboldtii  . The first three anterior upper molariforms (Mf1–Mf3) show an oval morphology as in the rest of the species. The morphology of the other molariforms is more similar to other Holmesina  species (short and wide, eight-shaped), with reduced interdental spaces, in contrast to Pampatherium  . The mandible is much less robust than in P. humboldtii  , horizontal and ascending rami narrower than in P. humboldtii  . In the ulna, the lateral and medial fossae are superficial and the styloid apophysis is rounded. The femur shows a deeper and more delimited trochanteric fossa than other species of Holmesina  . The patella has a longer and straighter apex in comparison to H. floridana  . 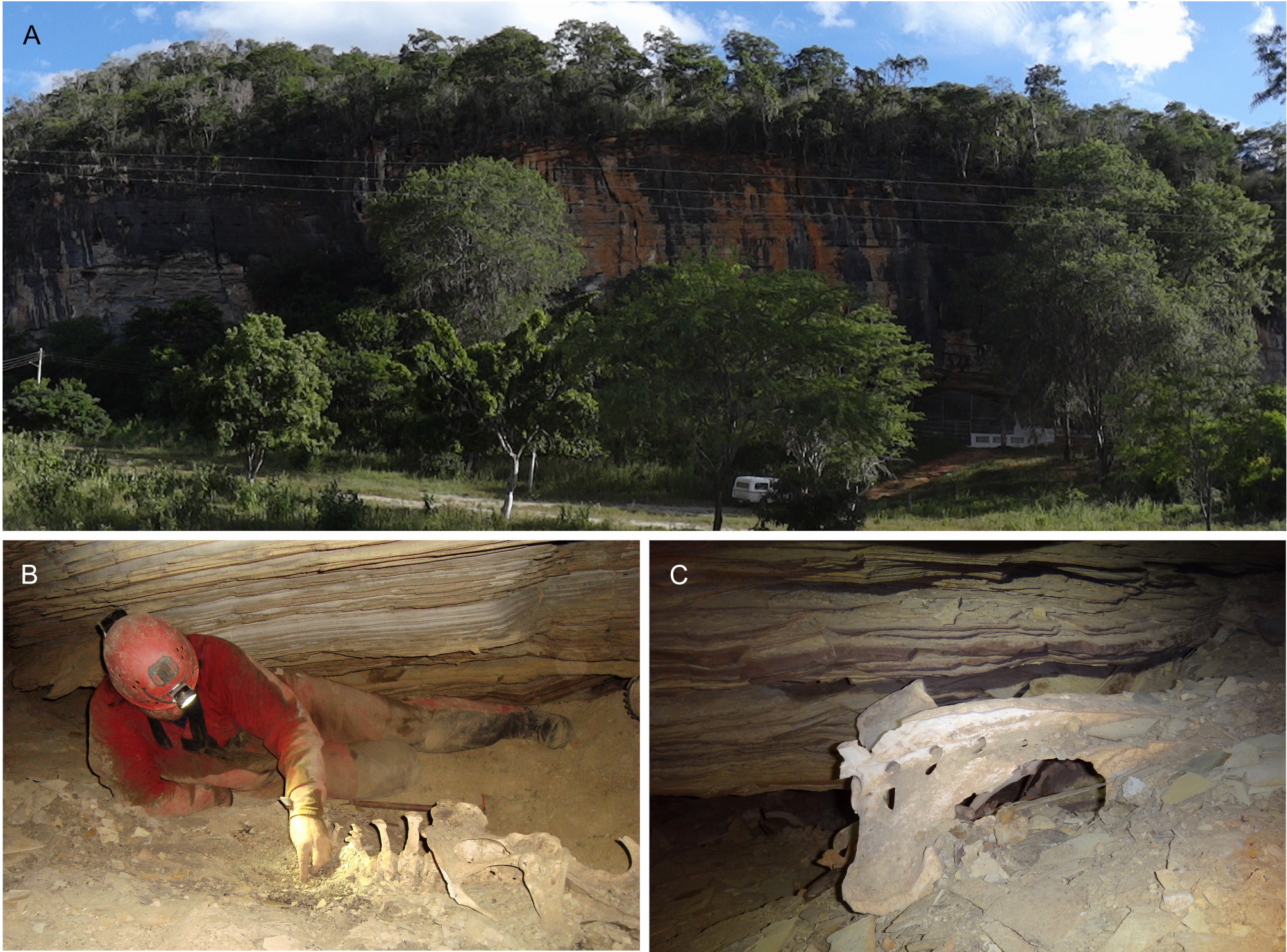 FIGURE 2. Exterior and interior of Lapinha Cave. A, External view; in the right below of the picture, notice the cave entrance closed by a gate. B–C, Specimens of Holmesina cryptae sp. nov. buried in the cave, B, LPP-PV-001; and C, LPP-PV-002 at the moment of the excavation. 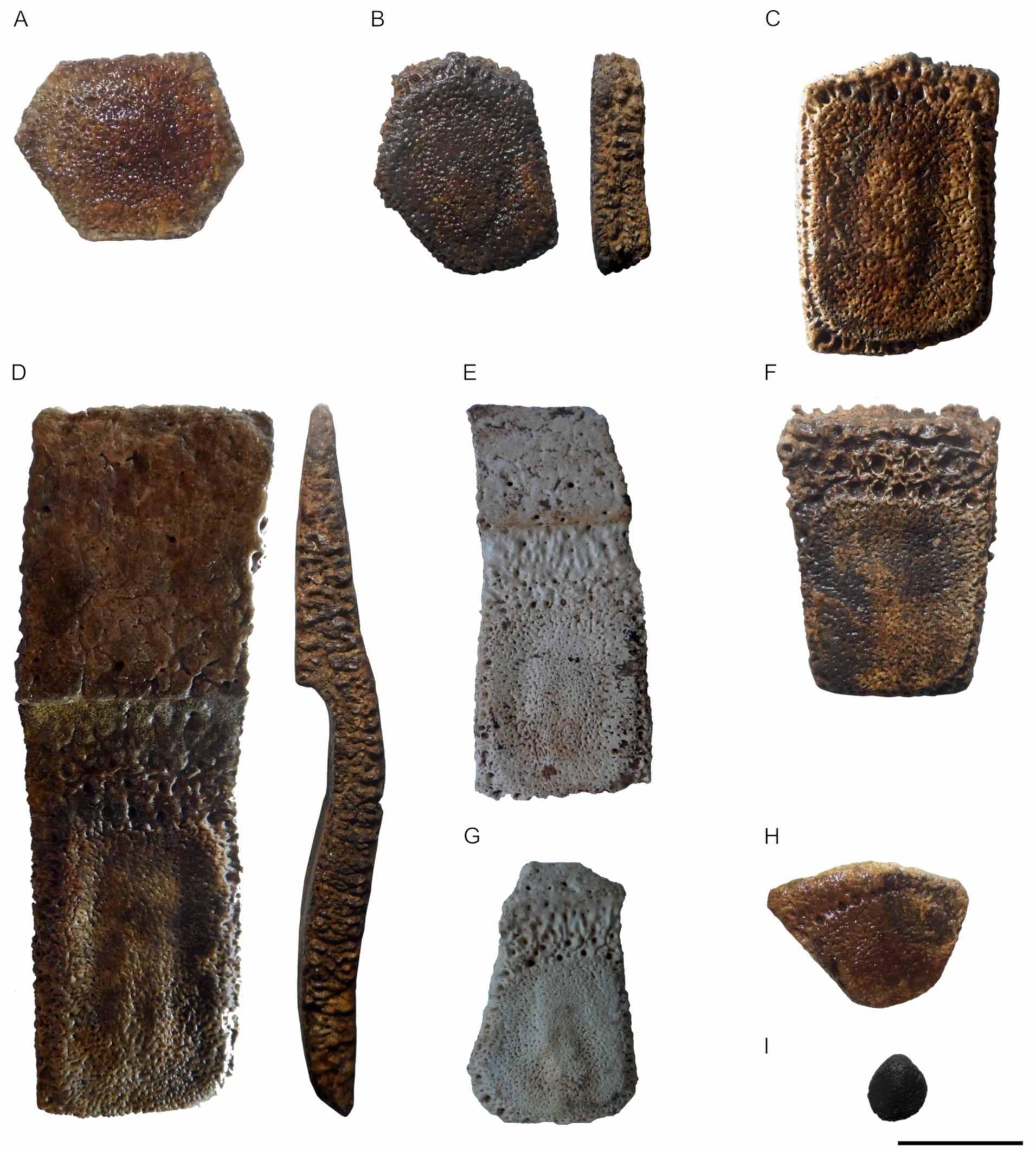 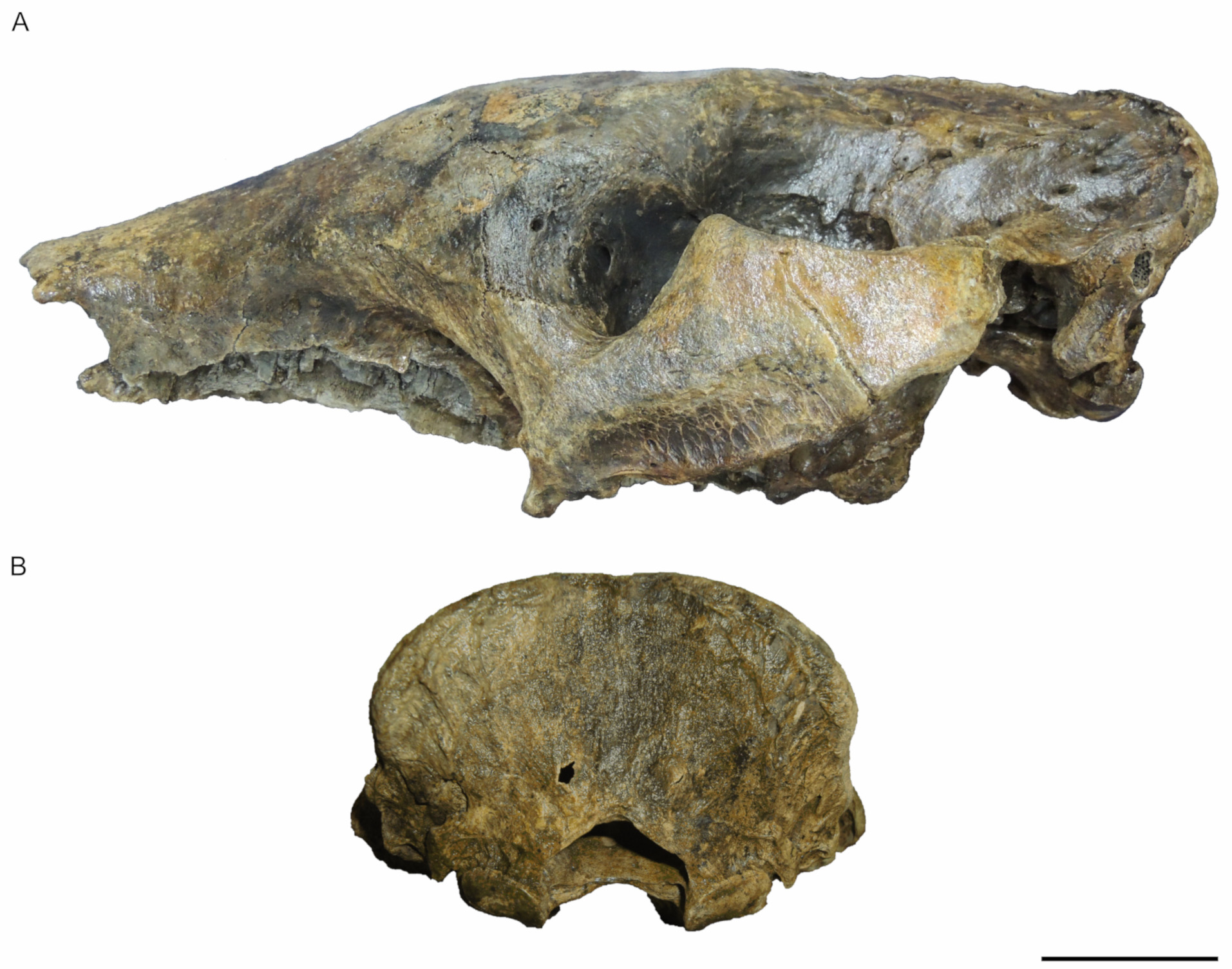