This name was introduced by Macquart (1855) based on a single specimen from South Africa. The type material is lost. Curran (1939) stated that this can scarcely be a Merodon   because it is said to have no thorn (lamina) on the metafemur. Type locality is Cape of Good Hope ( RSA) from where no specimen of Merodon   was collected. The description is insufficient, even for an identification to the genus level. In the same publication, Macquart (1855) described one other exotic Merodon   from South America, Merodon angustiventris Macquart, 1855   which was re-identified as a member of the genus Quichuana Knab, 1913   ( Thompson 1988). Therefore, we regard the name Merodon edentulus   to be a nomen dubium.

A variability in shape of the triangular lamina of the metafemur is present in most of the species of the Merodon bombiformis   group, as seen in figures of M. bombiformis   ( Fig. 21A–D View Fig ), M. lotus   sp. nov. ( Fig. 22A–C View Fig ) M. multifasciatus   ( Fig. 21F–H View Fig ), M. nasicus   ( Fig. 23A–B View Fig ) and M. zebra   sp. nov. ( Fig. 22D– F View Fig ). The triangular lamina is more or less dentate, and the apical dens is distinct ( M. bombiformis   , M. multifasciatus   , M. vittatus   sp. nov.) or less distinct, as in M. lotus   sp. nov. and M. nasicus   . A scutum with conspicuous pollinose vittae, and terga with pollinose posterior margin and medial fasciae, are characters present in most species, except M. lotus   sp. nov., characterized by the absence of pollinosity on thorax and abdomen (in females a pair of indistinct pollinose fasciae on tergum 4). Width and shape of vittae and fasciae on scutum and terga vary, especially in M. multifasciatus   , M. nasicus   and M. zebra   sp. nov. The colour of the postpronotum, lateral sides of scutum, frons and face in M. multifasciatus   vary from reddish-brown to black. Specimens from the south of the range ( RSA) are darker than individuals from northern parts (Central Africa). 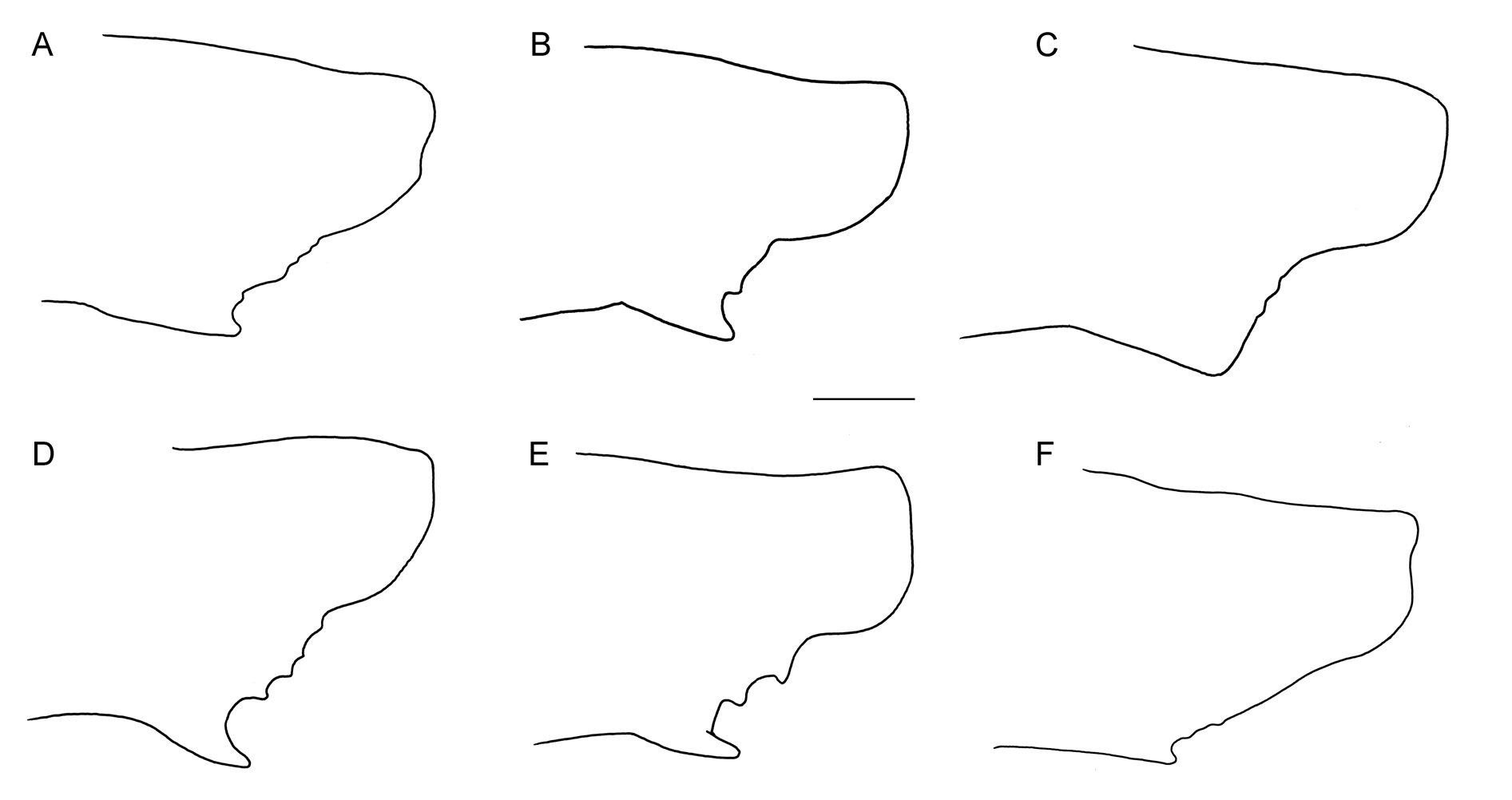