Etymology: The specific epithet is derived from the Latin word tripartit- (tripart), and refers to the trilobed paramere of the aedeagus.

Distribution: At present known only from the type locality China (Sichuan). 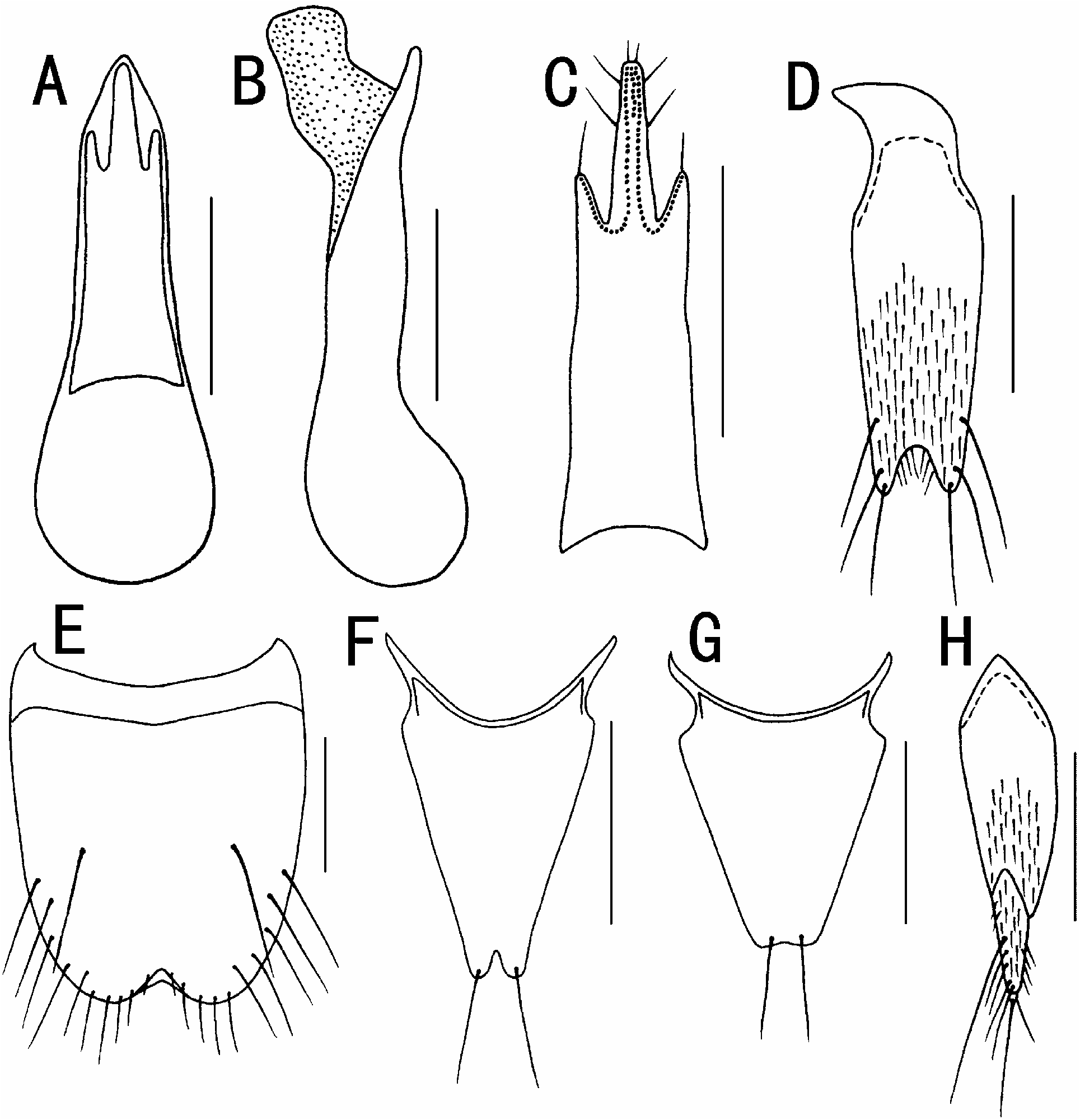