Abdomen a little narrowed behind, widest 1.80– 1.96 mm, densely and finely punctate, punctures separated by two to three times their diameter at base on tergites III–V and punctures separated by less than one puncture diameter at base on tergites VI–VII, punctation gradually becoming sparser toward apex of each tergite; tergites III–V with two basal carinae, elevated area between basal carinae densely and coarsely punctate.

Etymology: The specific epithet is derived from a combination of the Latin words spars- (sparse) and punct- (puncture), and refers to the sparse punctation on the pronotum.

Distribution: At present only known from China (Zhejiang). 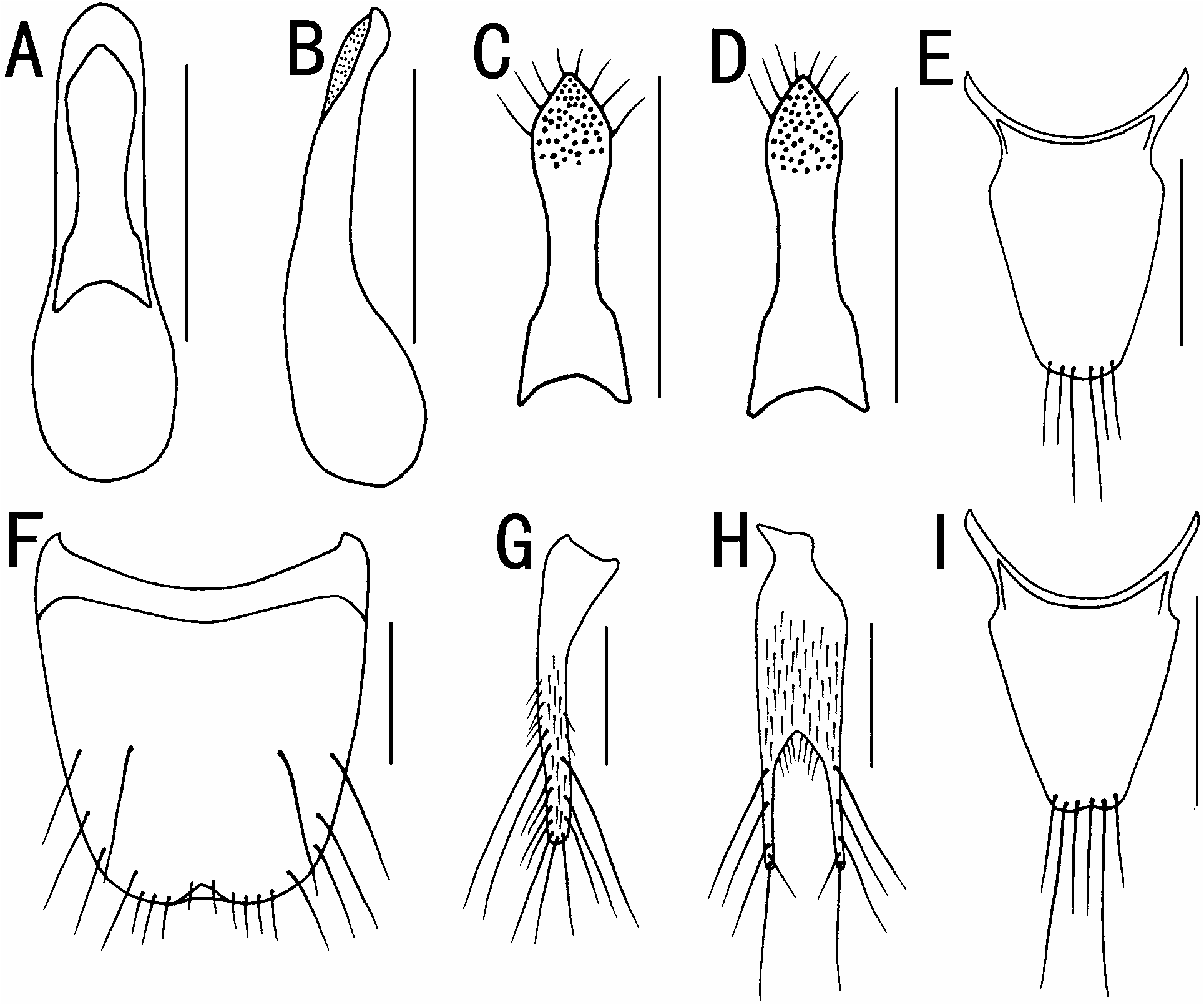