Diagnosis: The species mostly resembles O. solidus   and can be hardly differentiated from that species. In contrast to O. solidus   , the microsculpture of the posterior tergites is dense and distinct and the surface is matt. Additionally, remains of isodiametric microsculpture are found on the pronotum in O. macrops   , but not in O. solidus   .

Etymology: The specific name is a combination of the epithet macro meaning large and ops meaning eye and refers to the large eyes of the species. 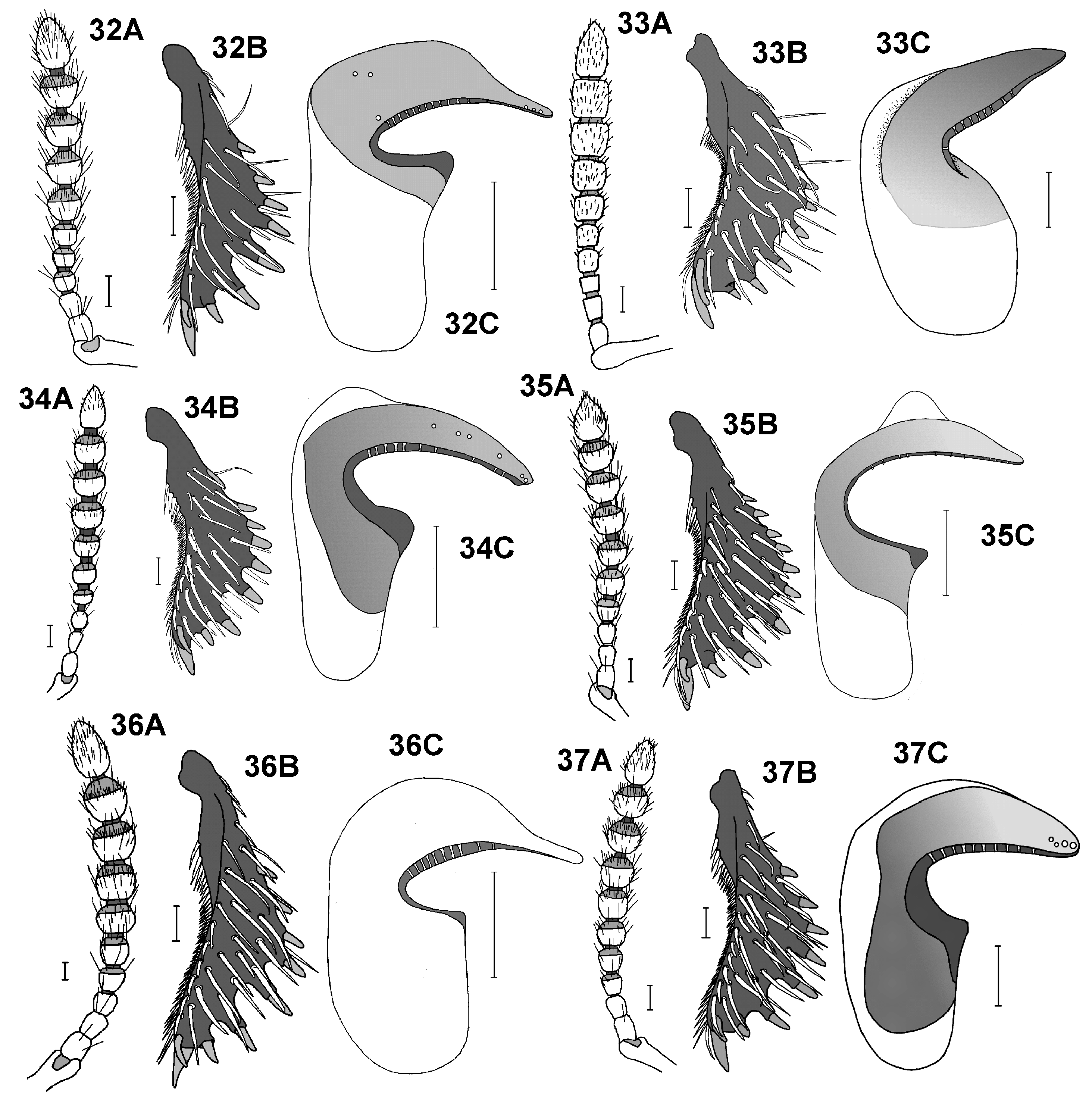