Etymology The specific name refers to the brownish colouration of the spicules.

Distribution South-west coast of WCP, up to 20 m. Remarks

Although slight differences exist between the adult (holotype) and the juvenile (paratype), these are here considered as being age-related so there is no doubt that the two individuals are conspecific. The new species comes quite close to C. senegalensis Panning, 1955 differing from it in the equal size of the tentacles, fewer Polian vesicles, the lack of special branchings of the respiratory trees, the longer body wall spicules and the frequent occlusion of their holes. Equal tentacles and the paucity of dorsal podia occur in the type species C. crocea from the south-east Pacific but this species loses its spicules with age. The new species can also be referred to Hemioedema , as it is quite close to H. gruveli Hérouard , recently re-described by Massin (1993), differing from it in its shape, restriction of the podia to the radii, no specialised anal spicules and numerous body wall spicules. In any case, according to Panning (1949), both Cladodactyla and Hemioedema are closely related. In the form of its deposits, the new species also approaches the South African subtropical endemic, Pawsonellus africanus Thandar , but differs in the equal size of the tentacles, the colour of the spicules and the absence of rounded plates in the body wall. However, the new species appears restricted to the cold waters of the south-west coast of South Africa. 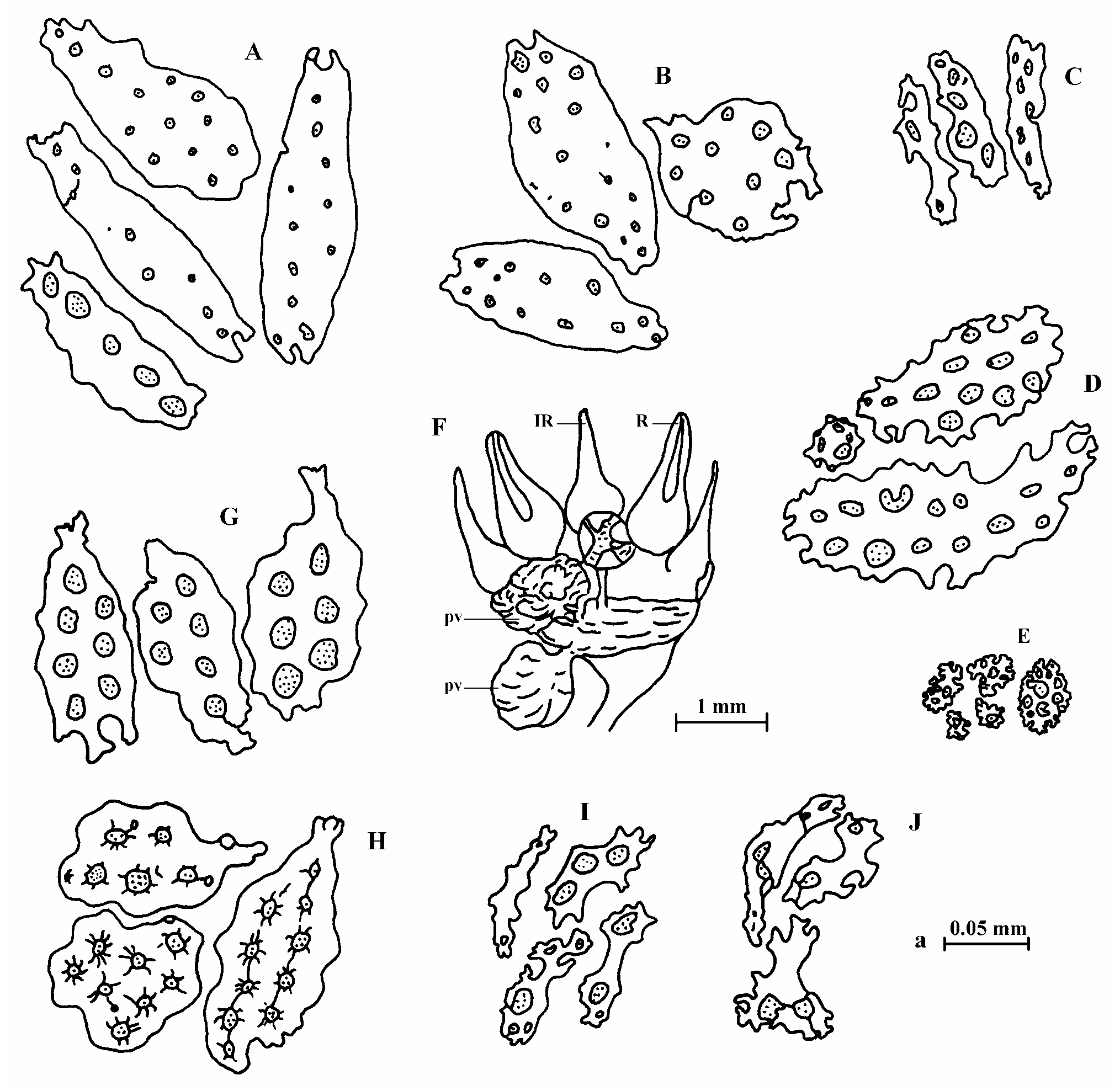