This species is named in honour of Dr Francis W. Rowe in recognition of his excellent contributions to the taxonomy of holothuroids.

Paratypes 10-20 mm in size and all, except two, correspond well with the holotype but in one the anteroventral surface is somewhat sole-like (perhaps a preservation artefact) and has baskets that are slightly larger than those of the holotype whereas, in the other, small-knobbed buttons are not as rare as in the holotype; in a few paratypes the podia are mostly retracted.

The specimens at hand come very close to Pentacta doliolum in their complement of spicules, so much so that they may be confounded for juvenile of this species. Natasen Moodley (2000), who initially studied this material, highlighted the differences, but still referred her specimens to P. doliolum , despite the fact that she did observe mature gonadal tubules in some specimens. The new species differs from P. doliolum in its body form (cylindrical, somewhat U-shaped), unequal tentacles, thinness of the body wall (<1 mm), usually nonrectractile podia, distinct anal papillae in most specimens, minuteness and flatness of baskets, and the dominance of large-knobbed buttons. The possibility that the current material may represent juvenile of P. doliolum is here discounted because of the near maturity of the gonad and the fact that juvenile of P. doliolum , as stated by Thandar (1991) and here confirmed from a specimen of about the same size as the holotype of the new species, have the same complement of spicules as that of adults. In fact, because of the unequal size of the tentacles the new species is not referred to Pentacta but to Ocnus following the advice of Rowe (pers. comm.), differing from O. capensis in the greater complexity and more rugose nature of the baskets and the greater complexity of the large plates. 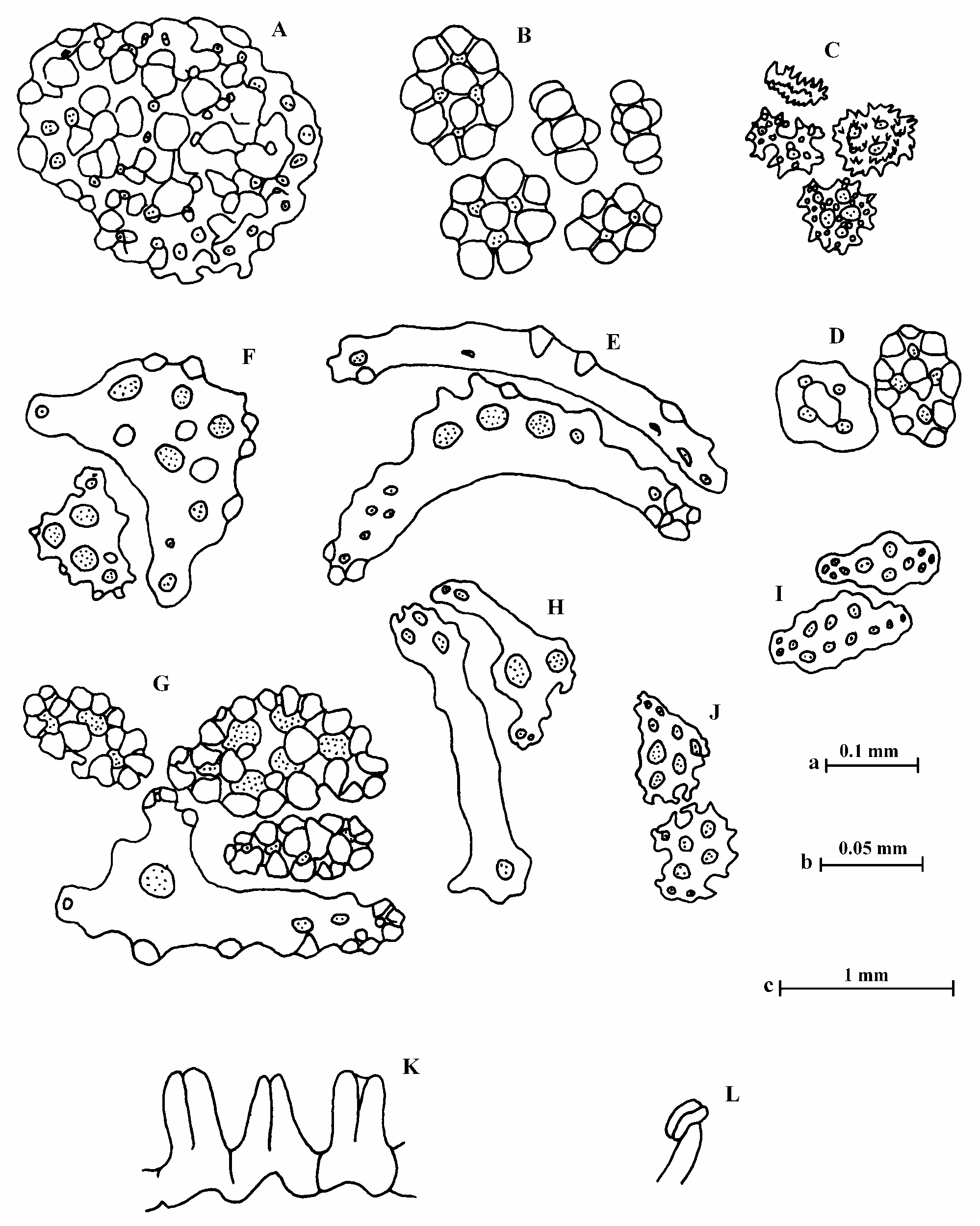