Holotype. Madagascar • ♀; Mandraka; Feb. 1944; A. Seyrig; MNHN. Note: at some point this specimen was broken and incorrectly repaired with the head glued on backwards (the face is glued to the mesosoma) (see Fig. 3A View Figure 3 ).

Dinapsis albicoxa is currently only known from a few localities in southeast Madagascar. The holotype locality (Mandraka) is situated east of Manjakandriana (Antananarivo Province) There is a tiny settlement (-18.905361, 47.920253) 10 km east of Manjakandriana near the Mandraka Catholic church. The Mandraka River runs through this region and there is a Mandraka waterfall in the area. Seyrig may have been referring to the river/waterfall area rather than the precise settlement. Ivondro is located in the Atsimo-Atsinanana region.

Dinapsis albicoxa is a distinctive species that is named for its white hind coxa (Fig. 1 View Figure 1 ). The hind coxa is entirely white in the holotype, as well as the specimen examined from Fianarantsoa; however, the specimen from Ivondro has some brown colour basally and is not entirely white. To avoid confusion with any other Dinapsis species that may have white colour on the hind coxa apically, it is important to examine the characteristics of the mesoscutum laterally. Specimens of D. albicoxa have the mesoscutum with a strongly projecting lobe-like carina situated posterolaterally (Fig. 3C View Figure 3 ) and darkly banded wings (Fig. 3F View Figure 3 ). It should be noted that while the entirely white hind coxa is a useful diagnostic feature for D. albicoxa , there are several unrelated, undescribed species in the Dinapsis oculohirta species group that also have the hind coxa mostly white. 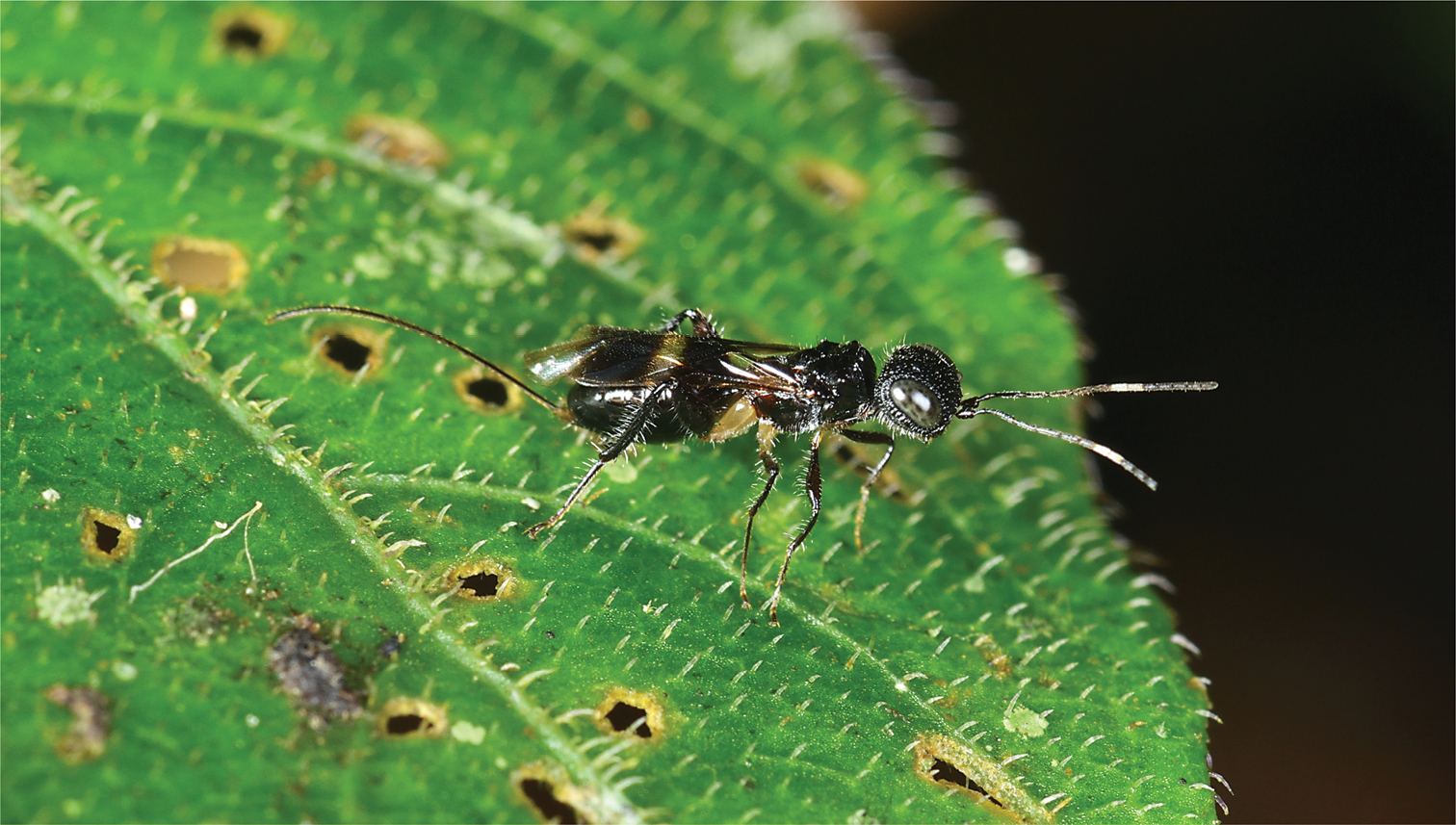 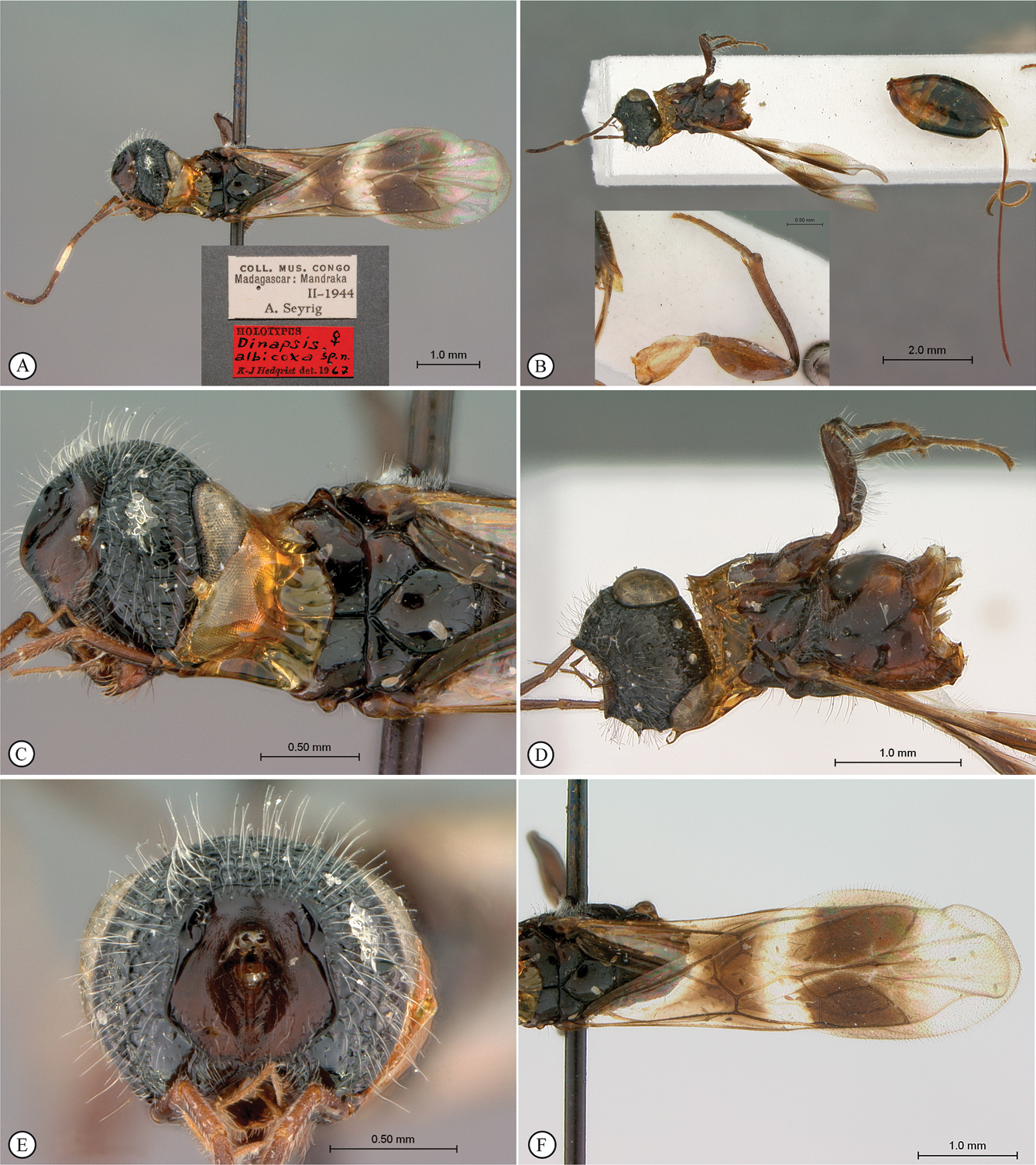 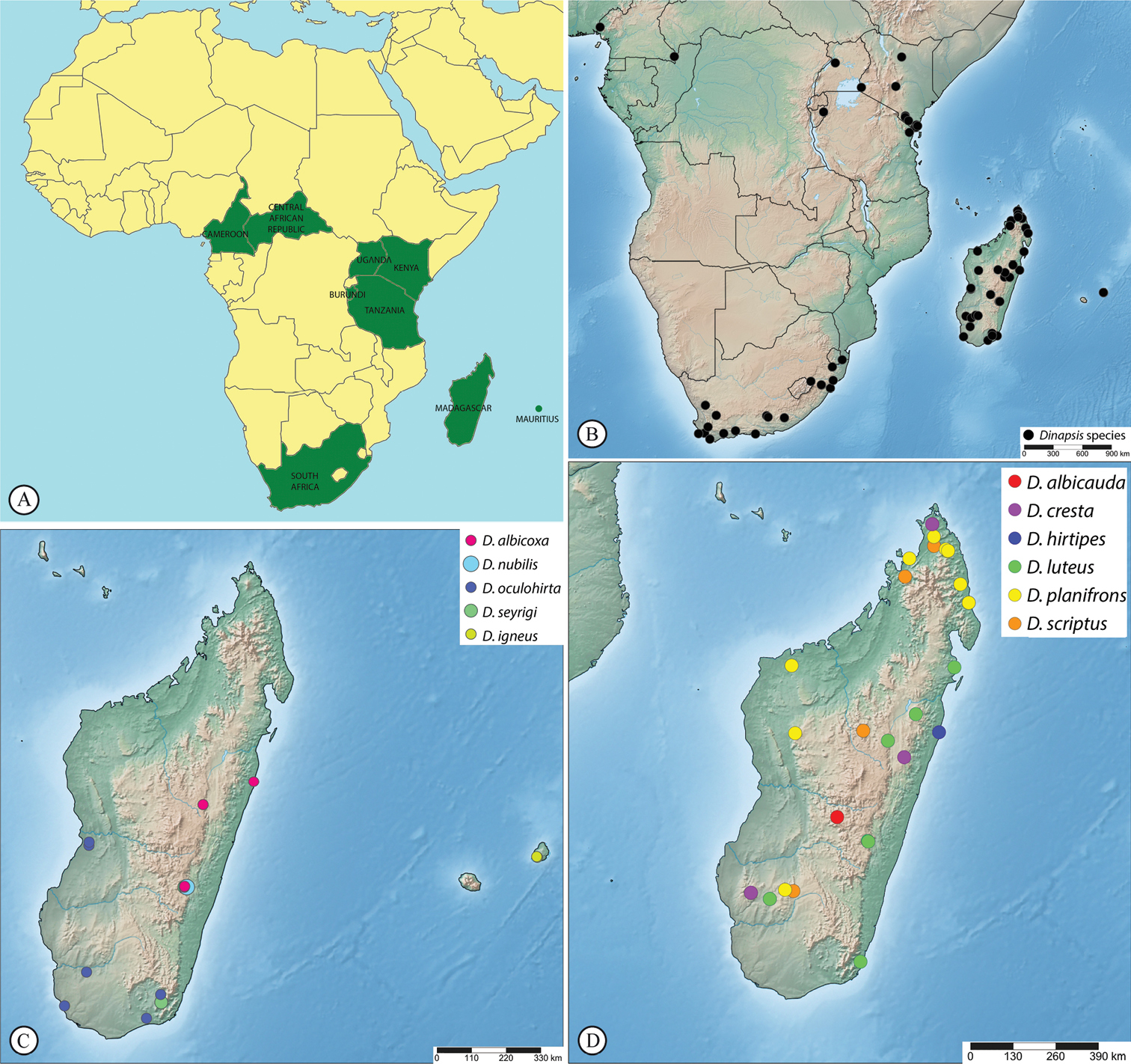