Comments. This species was originally described in Phlugis   by Nickle (2003). As in A. viridis   sp. nov., this species shares diagnostic characters of the new genus here proposed, with males having asymmetric jaws, head in dorsal view laterally broadened and rounded, and apex of tegmen not extending beyond the apex of the cerci.

Despite the detailed description made by the author of males and females, the morphology of the stridulatory file and internal genitalia were not noted. 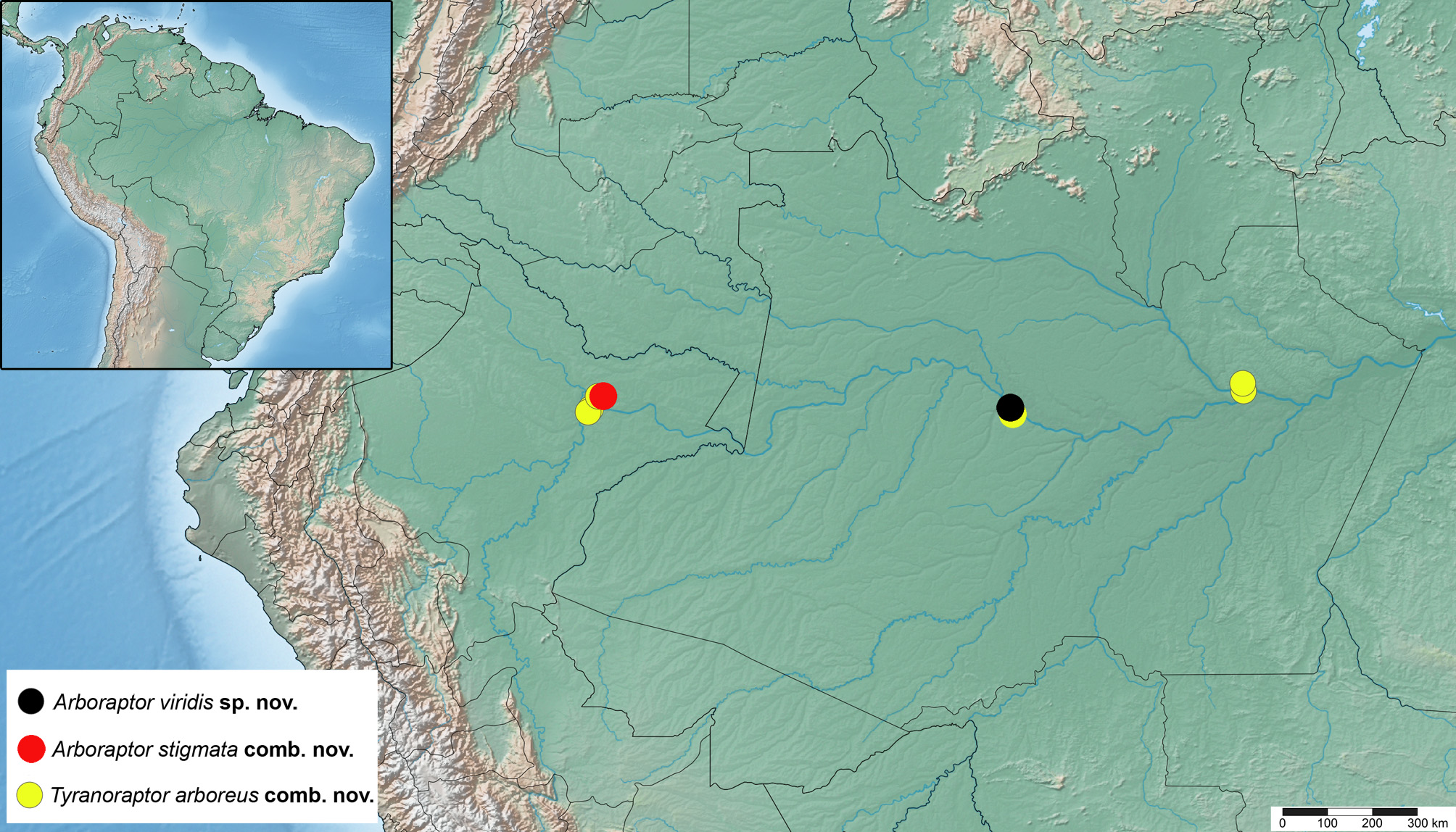