Etymology. Named gaiae   (noun in the genitive case) after the daughter of ACR, Gaia Cordero Santolamazza, a dragonfly enthusiast, who has suffered her father’s long absences while sampling odonates around the world.

Genital ligula ( Figs. 2 View FIGURE 2 a−d). In lateral view with paired long flagella on the distal segment with a coiled confor- mity, apex of each flagellum covered with numerous spines. First segment covered with small bristles and one row of several hairs.

Allotype. Head ( Figs. 5 View FIGURE 5 a−d). Uniformly dark brown except for base of the antennae light brown; genae with a greenish tinge; labrum with greenish contours.

Abdomen ( Figs. 5a View FIGURE 5 , 6a View FIGURE 6 ). Similar to the holotype, only with paler coloration and lacking pruinosity on the tip of abdomen. Genital valves dark brown, surpassing S10 for a distance slightly shorter than segment, with a pronounced process above base of styli (both missing). Ovipositor mostly red, serrulate at apical 1/3. Cerci black, conical with dense pruinosity.

The female of P. gaiae   is similar to the female of P. macuma   ( Figs. 5 View FIGURE 5 a−j; Figs. 6 View FIGURE 6 a−d). Differences between the two occur in the intersternites, ovipositor valve shape and dorsal view of the posterior lobe of prothorax. In P. macuma   , the anterior portion of intersternite is straight ( Fig. 5f View FIGURE 5 ), differing from the anterior irregular configuration of P. gaiae   ( Fig. 5e View FIGURE 5 ). Furthermore, the medial cleft is more pronounced and the setifer is broader in P. macuma   . Use of the sclerotized intersternite as a diagnostic character should be used with caution since it can be invisible in young females, broken in mature females or vary individually. In dorsal view, the posterior lobe of the prothorax of P. gaiae   is almost identical to the female of P. macuma   , except in P. gaiae   the lateral projections are slightly longer ( Figs. 5d, h View FIGURE 5 for a comparison). The posterior lobe of females of both species are also similar to P. minteri   . We were unable to examine any female from this species, however, by the illustration present in Dunkle (1986, Figs. 3−4 View FIGURE 3 View FIGURE 4 ) the female of P. minteri   also possess lateral projections on the posterior lobe. Additionally, the tips of the genital valves in P. gaiae   are almost straight, surpassing S10 for a distance slightly longer than the segment, whereas in P. macuma   the tips of the genital valves form a concave angulation and the ovipositor surpasses S10 for a distance subequal to the segment length ( Figs. 6a, c View FIGURE 6 ). However, it is worth mentioning that ovipositor length may vary individually and given the paucity of females available for this study, this trait should be considered with caution.

Habitat and ecology. As is typical for the genus, P. gaiae   where found along mostly shaded trails in the un- derstory of the forest ( Fig. 7 View FIGURE 7 ). We never found individuals near the streams, but we noted that some forest spots were preferred over others. Both sexes fly very low (20−50 cm from the ground vegetation) and fast, and usually the only visible part is the whitish pruinescence at the end of the abdomen. Rosser Garrison and Natalia von El- lenrieder (pers. comm.) also found specimens deep within the forest understory, usually one at a time. They were unable to follow individuals that were disturbed and, despite their best efforts, were only able capture about half of all specimens they saw 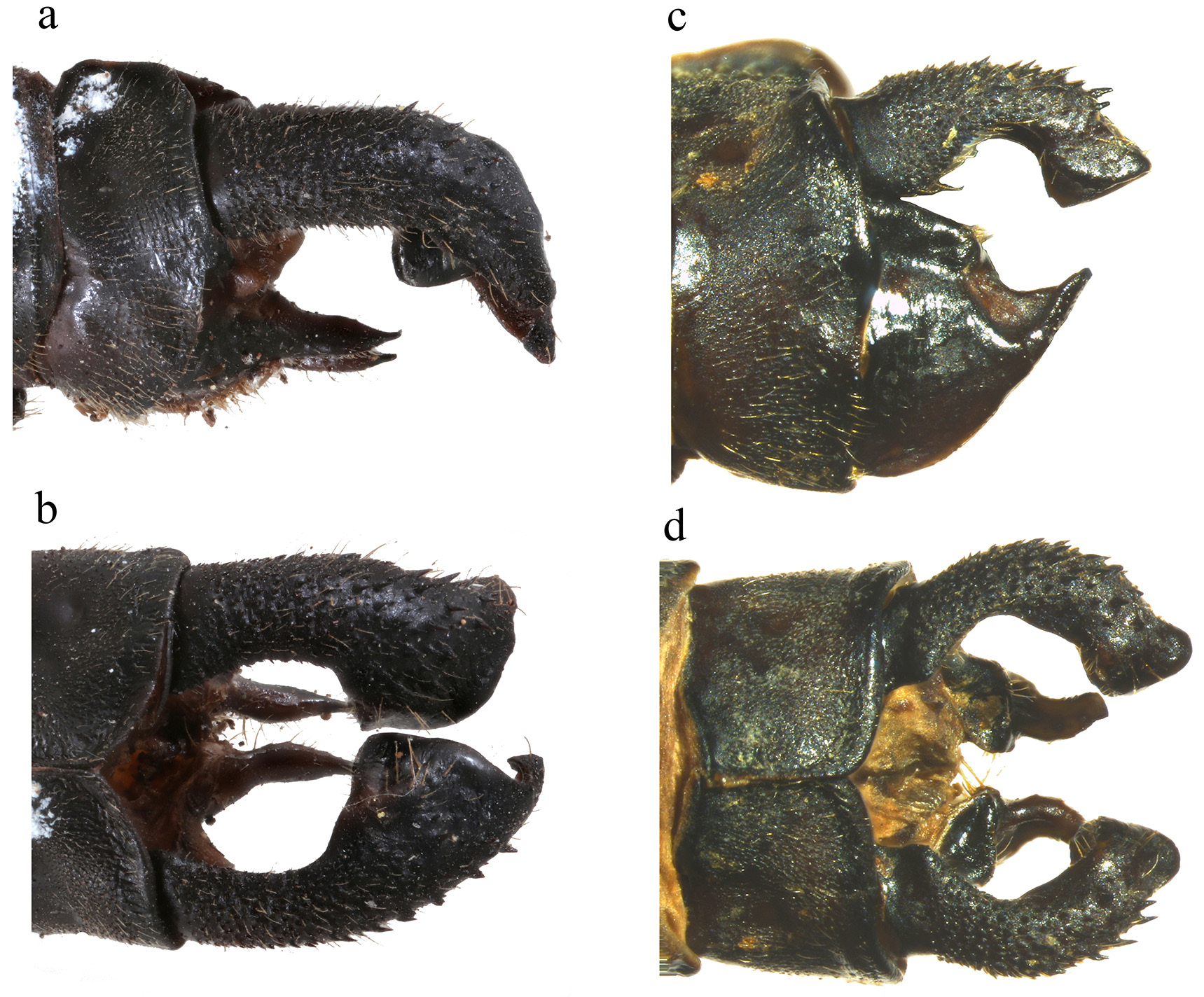 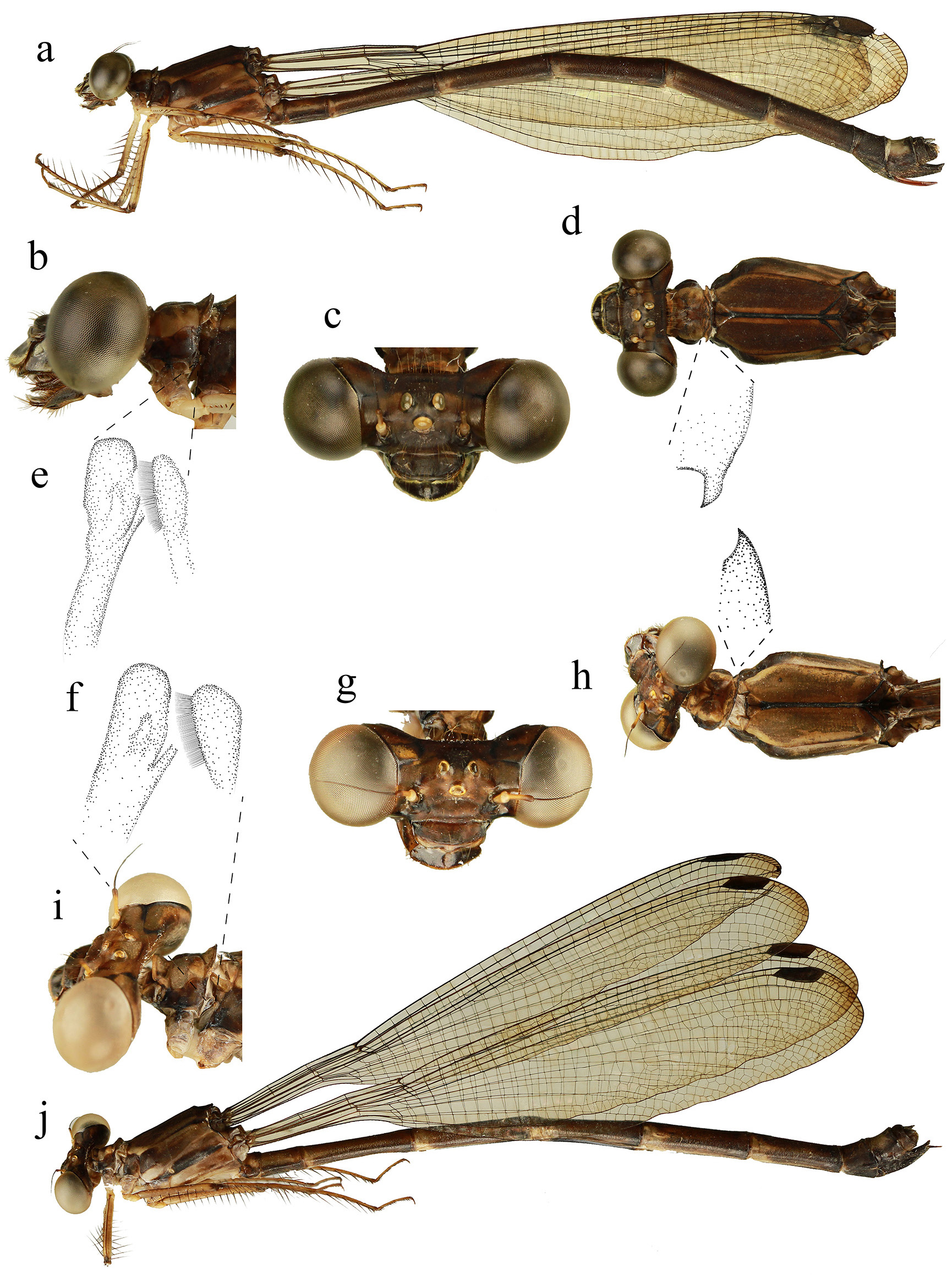 FIGURE 7. Philogenia gaiae sp. nov., holotype ♂ and allotype ♀ in copula at the Tiputini Biodiversity Station. Photography taken by ACR at 16:15, using only natural light, no flashes.