External appearance covered in a thin greyish waxy scale with raised brownish centre, resembling scale cover of many Diaspididae   but without exuviae; on twigs and woody petioles.

Dorsum without apparent segmentation, with minute setae, each scarcely 5.0 Mm long, a few present on sclerotized area and on medial areas of dorsum, others sparse around submargins.

Ventral surface with abdomen displaced towards posterior end of body, segmented in medial area with a few short setae each about 10 Mm long. Other setae about 35–40 Mm long, present between antennal bases. Remainder of body without setae and ducts but with minute quinquelocular pores, each about 2.0 Mm in diameter, on abdominal segment VIII and extending in two oblique rows to areas around metathoracic spiracles.

The name is based on the name of the plant genus Nothofagus   in the Latin genitive meaning of or from. 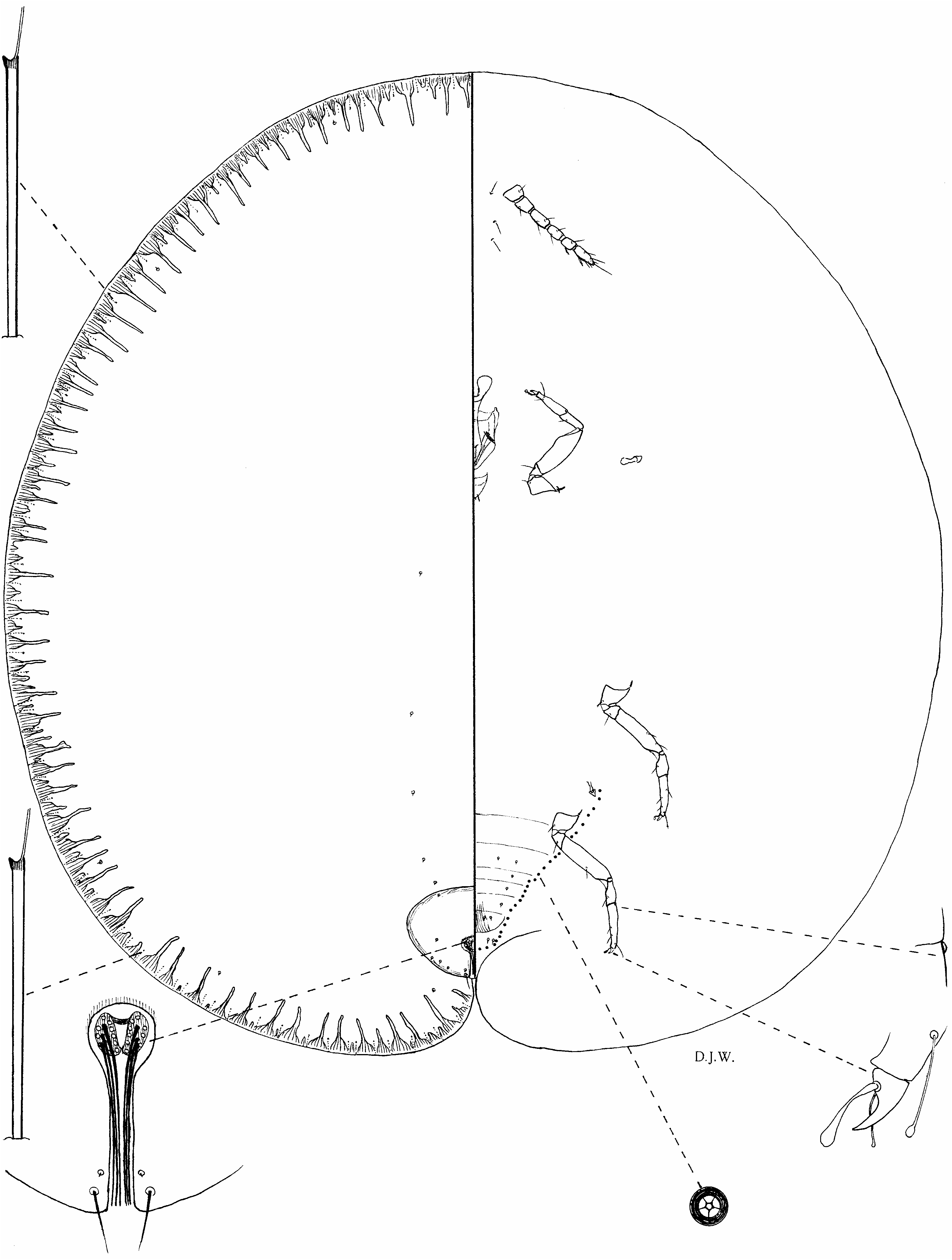