Remarks. Despite the surprising variability of the body shape and length, the aedeagi of the holotype and 56 out of 57 paratype males of Euconnus feeneyi feeneyi   are uniform and if any variation was observed, it can be attributed to various distortions during preserving and preparation. In one male, however, illustrated in Fig. 31 View FIGURES 24 – 34 , the aedeagus differs in the shape of internal lateral projections ( Figs. 49–50 View FIGURES 47 – 54 ). They are much more slender and have different shape than those in the holotype. All other details, as the shape of the ventral and dorsal apical projections and external lateral projections, are the same as in the aedeagus of the holotype. External characters and measurements of this specimen fall within the variability range of all other specimens, and this unique beetle was collected together with others, with broader external projections (i.e., 12km SSE Heathlands, 11.51 S 142.38 E, 26.i.- 1.iii. 1992, closed forest, Malaise trap, P. Feeney leg.). It is possible that in this specimen the internal projections are twisted and in ventral view showing a different surface than those in all remaining specimens. This problem requires further study, and the specimen, included here in the type series of Euconnus feeneyi feeneyi   , was provided with an additional white label "aedeagus with different external lateral projections". 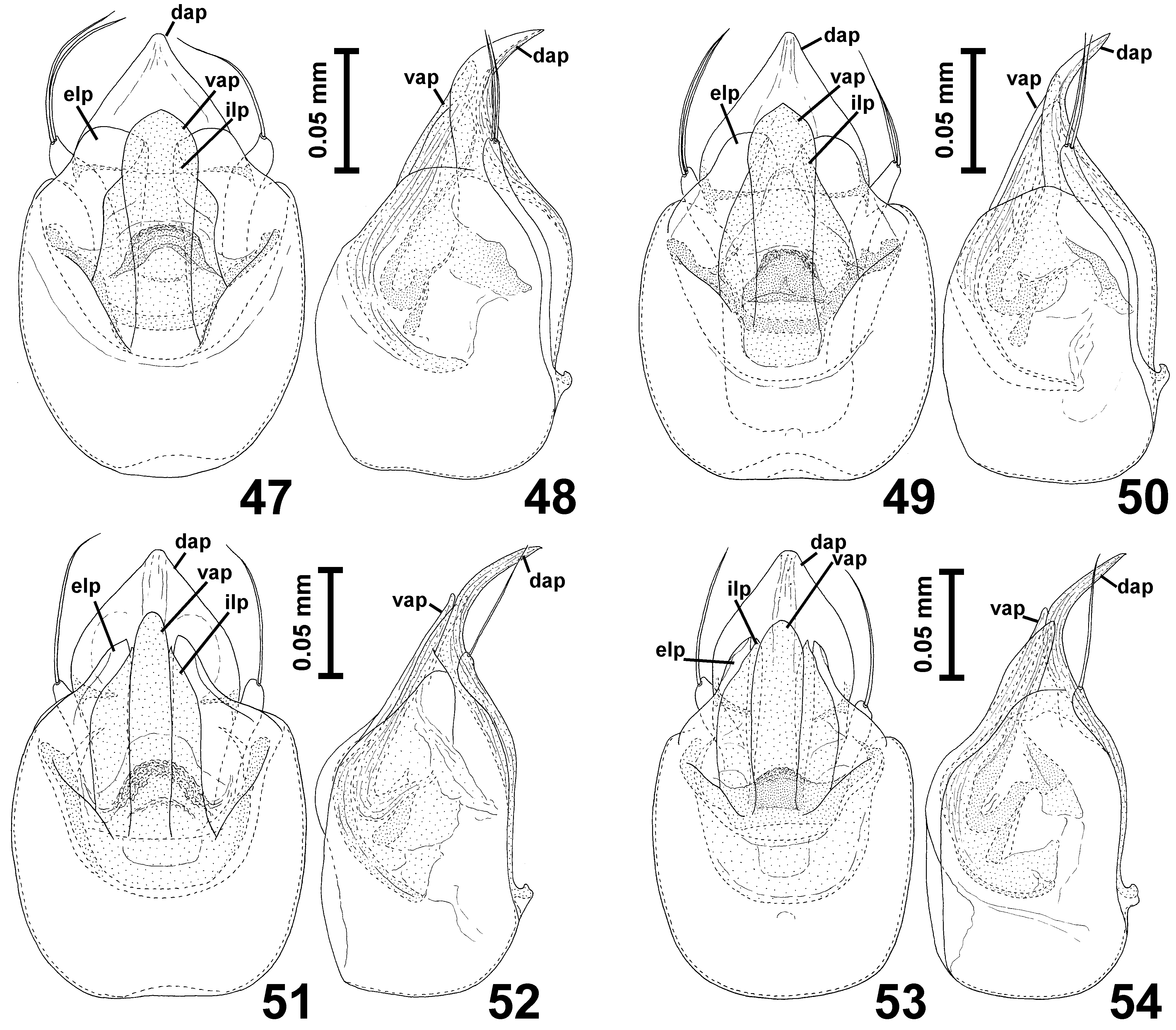