Remarks. The present material, with hydrothecae 430–500 µm long and 240–265 µm wide, the margin slightly flaring, 250–280 µm wide, and a basal diaphragm, belongs with little doubt to Calder's (1991) species. The cnidome (not previously reported) comprises at least three types of nematocysts: 1) microbasic mastigophores, ca. 6.7 × 2.1 µm, abundant in the tentacles and the coenosarc; 2) microbasic heteronemes, ca. 5.3 × 2.6 µm, with rare occurrence in the coenosarc; 3) large, fusiform capsules, ca. 20.2 × 5.9 µm, exclusively found in the stolon. Small, seed-shaped microbasic heteronemes as those found in the six species of hebellids discussed below, could not be found, most probably owing their rare occurrence in the coenosarc.

The material is fertile and bears four gonothecae. They are conical, 1770–1890 µm long, with slightly undulated, thin perisarc walls, widest distally (465–510 µm), tapering gradually basally into indistinct pedicel, and apically truncate. The gonophore, male in the present material, is a medusoid with four somewhat dark-colored radial canals, well visible by contrasting with the homogenous, milky white mass of sperm cells encircling the manubrium, and completely filling the subumbrellar cavity. No other morphological details could be seen in this fixed material. Given the structure of its gonophore, the allocation of this species to Anthohebella Boero et al., 1997   is required.

The validity of Hebellopsis communis   has been questioned by Boero et al. (1997), partly due to the absence of knowledge of its gonothecae and gonophore, and partly to the morphological plasticity in the hebellids in relation to their hosts, suggesting that, if not doubtful, it could well represent a morphotype of Hebella scandens (Bale, 1888)   . However, the present discovery of its gonosome shows that A. communis   is clearly separable from the medusa-producing H. scandens   .

Migotto (1996), after examining the slide material identified as H. scandens   by Vannucci (1949, 1951), raised the conclusion that her specimens belong indeed to the present species. His conclusion is adopted here as provisional, pending essential data on its cnidome. 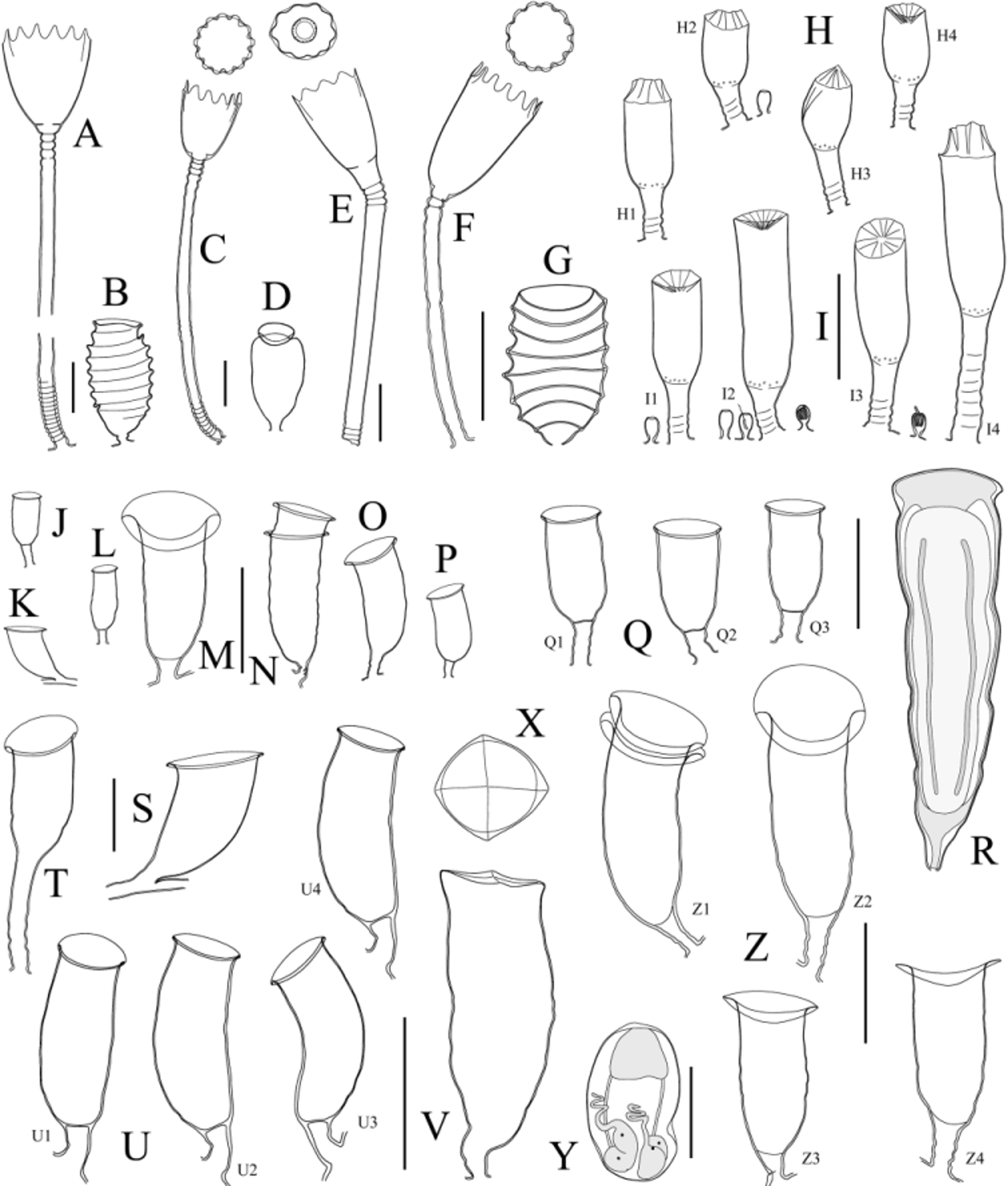