New record for the Paraná State.

Bioacoustics ( Fig. 21A–C View FIGURE 21 ): The stridulation is performed by males during the day and at the beginning of the night. The echemes are composed by seven to 35 syllables. Each syllable is emitted with a quickly increase and after that a long decrescendo of intensity. 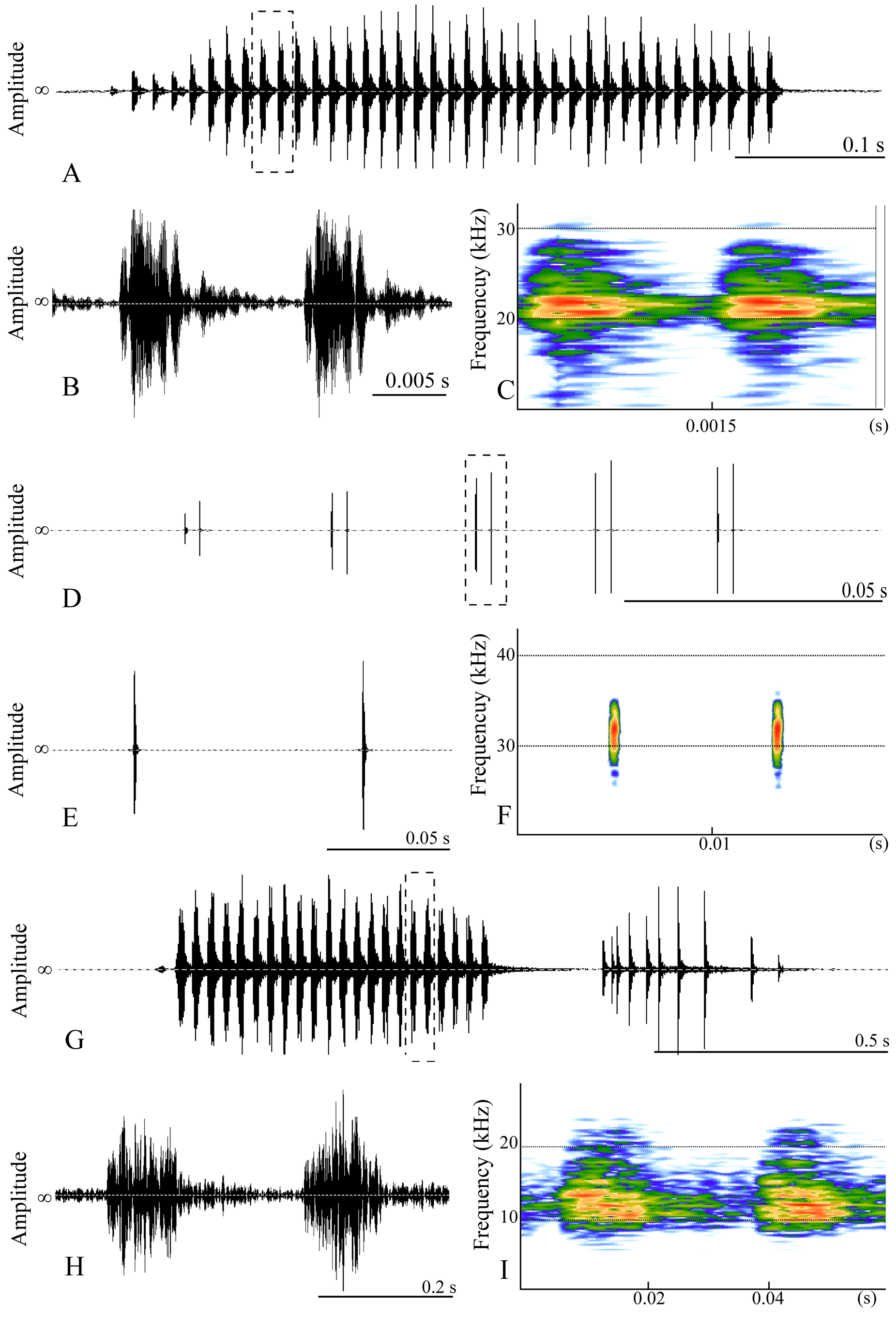