There are several species of Epicaerus of similar size and overall appearance, with anteriorly broadened and medially depressed rostrum, medially depressed and coarsely punctate pronotum, strongly reduced humeri that are slightly produced anterior and laterally, and sharing the presence of a patch of pale scales on the scutellar area of the elytra ( Fig. 3A, D View FIGURE 3 ). Epicaerus panamensis n. sp. can be differentiated from similar species by the alignment and moderate depth of the elytral punctation, the elytra moderately and uniformly convex in lateral view, and the relatively uniform pinkish tone of the scales.

Mandibles shiny and lacking scales; each mandible with setae on outer and ventral surfaces; mandibular scar only slightly raised from surface ( Fig. 4A View FIGURE 4 ). Maxillae not visible along sides of prementum; prementum trapezoid, only slightly expanded towards apex 1.1–1.2 × longer than greatest width near apex, with ventral surface reticulate and undulate, bearing long fine setae on apical corners.

Variation. The color and density of the scales vary between specimens. In some specimens, particularly on the elytra, dark brown scales very similar in color to the integument may be dominant, while in others pink or yellowish scales are more common. Moreover, in some specimens, loosely defined transversal bands of yellowish to brown scales may be observed along the posterior third of the elytra and, less commonly, along the anterior third. While a patch of pale scales is always present around the scutellar area of the elytra, the color of these scales varies from white to yellowish or pink. The medial depression on the pronotum may be not as distinct in some specimens, but the two deep foveae along the longitudinal midline are always present.

Distribution. Specimens of Epicaerus panamensis n. sp. have been collected at the localities of Tierras Altas and Las Nubes, and near Cerro Punta, Chiriquí Province, Panama, between 1720 and 1952 m in elevation.

Etymology. The species is named after Panama, the country where the species has been found. FIGURE 1. Weevil specimens and damage in the field at Tierras Altas de Chiriquí, Panamá: A. Individuals on vegetation. B. Mating couple on vegetation. C. Damage on potato leaves. Photos by Javier Pitti. 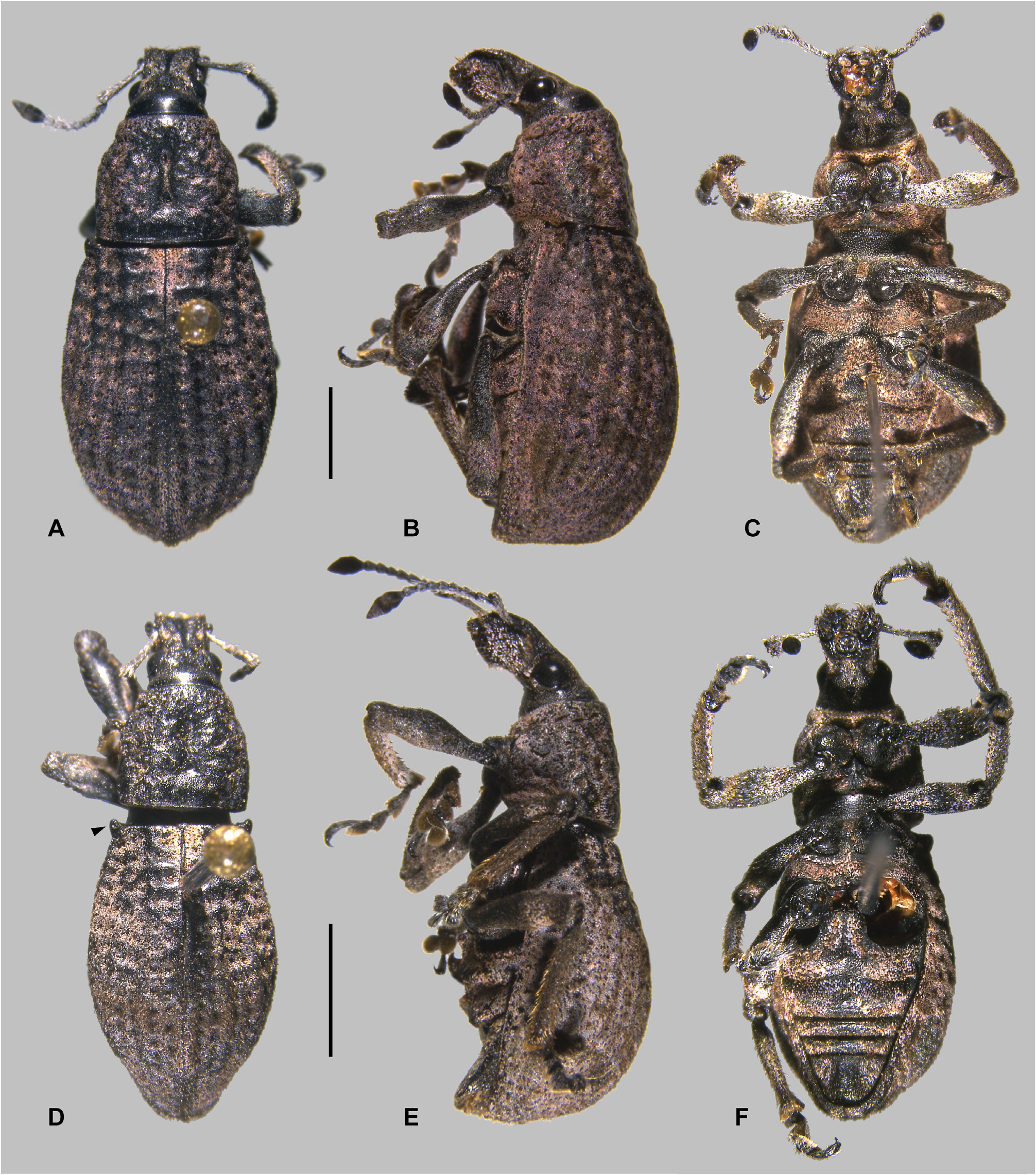 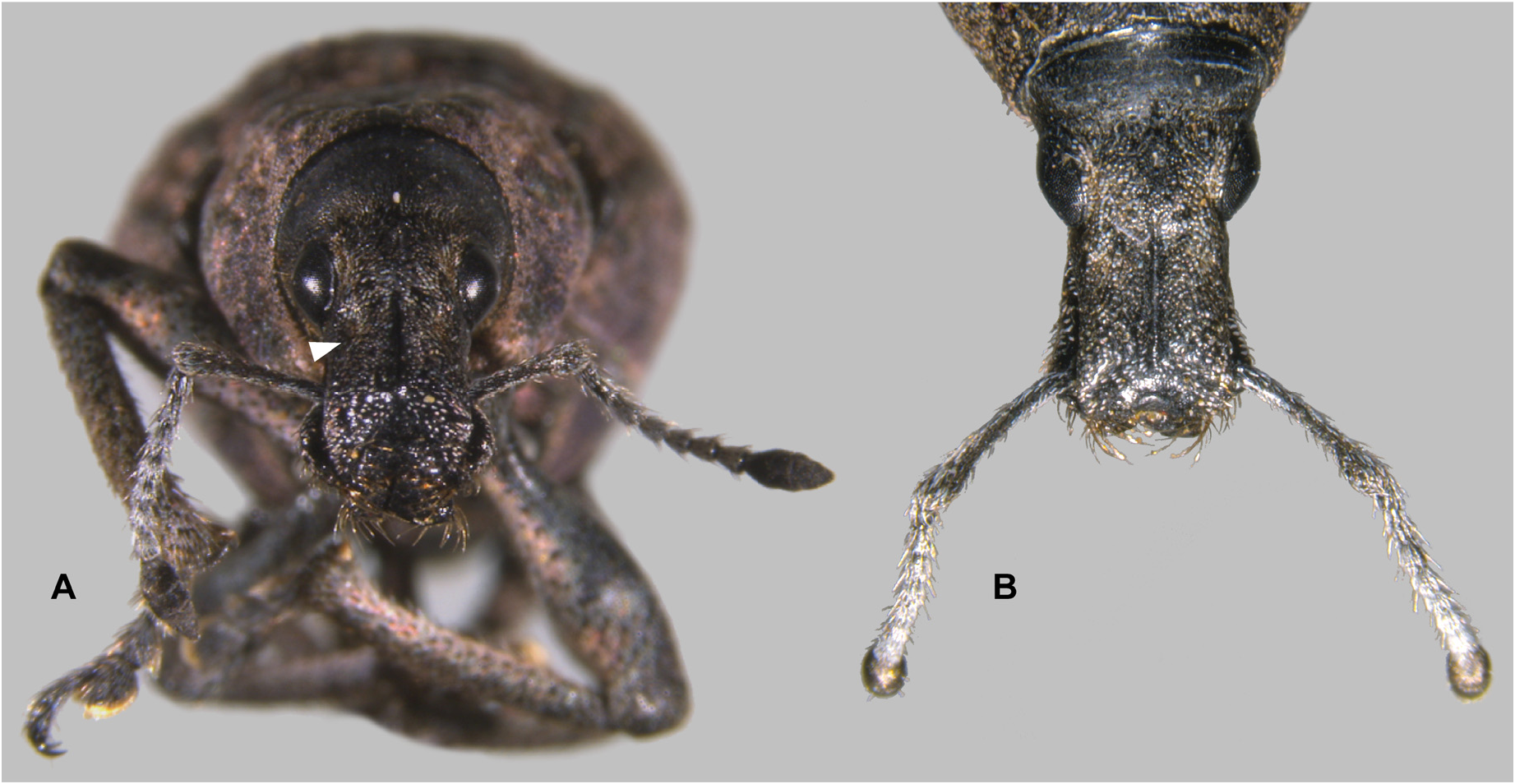