Discussion: Chimaerolelaps is positioned phylogenetically as sister-group to (or near in some analyses) the Dipara clade, although the only synapomorphy for this clade is the presence of petiolar setae in the female.

Etymology: chimaero-, to represent the odd assemblage of ancestral and derived features present in this taxon, and -lelaps, to ally the genus with Diparinae . The genus is identified in some collections with a manuscript name. As the manuscript name was somewhat misleading with regards to the phylogenetic position of the group, it is not used here.

Key to Species: none. 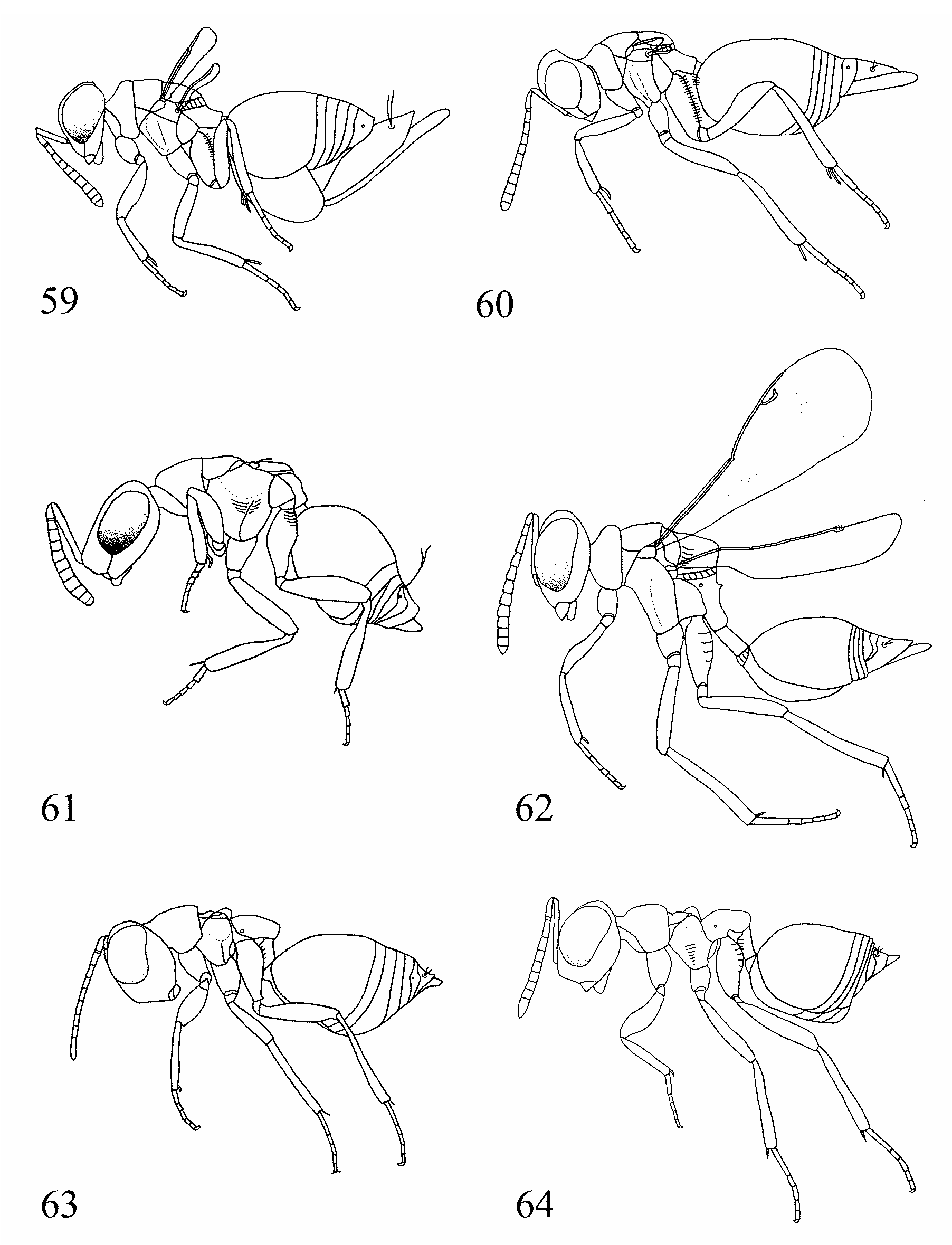 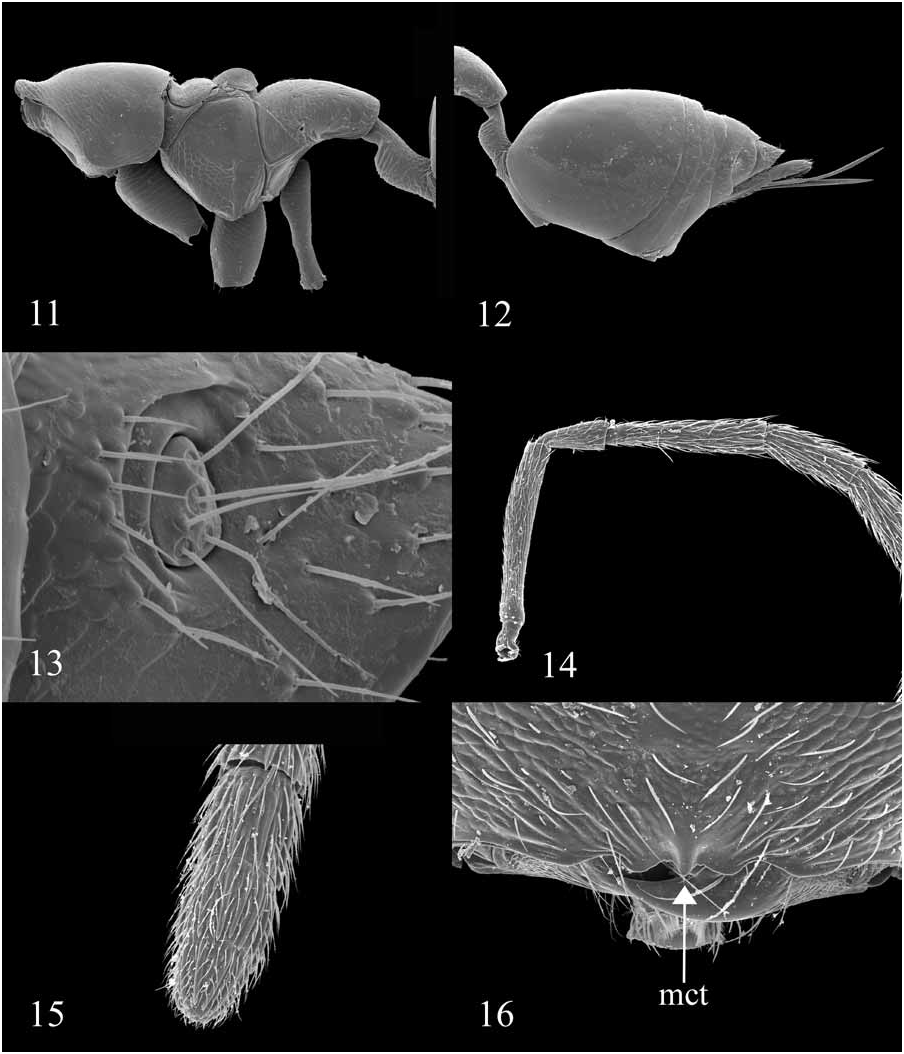