Description. Thinly encrusting sponge, 5–10 mm thick, with a gently mounded, rough, papillate surface. Slightly elevated oscules are scattered over the surface of the sponge. Texture is tough, leathery, but easily torn, felty to the touch. Colour in life is bright yellow to orange, colour in ethanol is tan ( Fig. 19A–C View FIGURE 19 ).

Skeleton. Tylostyles arise perpendicularly from the base of the sponge, in loose, slightly plumose tracts, towards the surface; the heads of the basal tylostyles are embedded in a layer of spongin. Megasclere tips protruding through the surface in places. Spicule density is greatest in the basal and middle region and decreases towards the surface where spicule density is very low. There is no ectosomal skeleton. Two size classes of tylostyles are present, but they are mixed together in the sponge with no specific disposition ( Fig. 19D–E View FIGURE 19 ).

Etymology. Named after Rob Van Soest, for his assistance with the identification of this sponge, and his contribution to our knowledge of sponges.

Remarks. This architecture of Prosuberites vansoesti sp. nov. differs from the definition of Prosuberites in Van Soest (2002b), in that the skeleton is not a single layer of tylostyles, but rather forms loose tracts of vertical tylostyles; the sponge is thicker and more robust as a result. All other characteristics of this species fit the genus Prosuberites : the thinly encrusting morphology, the felty surface, the heads of the basal tylostyles embedded in basal spongin, the lack of an ectosomal skeleton, the large size range of smooth tylostyles, and the lack of localised distribution of the different categories of tylostyles. Two other species of Prosuberites — P. conulosus ( Burton, 1930) and P. psammophilus ( Pulitzer-Finali, 1986) also possess tracts of tylostyles. Prosuberites conulosus is described by Burton as being a massive sponge that has “ irregular bundles of spicules, with apices directed towards surface, becoming very feeble just below the ectosome ”, while P. psammophilus is described by Pulitzer-Finali as having “ ascending plumose columns terminating in hispidating spicular brushes ”. We have emended the definition of Prosuberites slightly to incorporate sponges that have more than a single layer of vertical tylostyles.

Only one species of Prosuberites has been described from the tropical/subtropical eastern Pacific: P. oleteira De Laubenfels, 1957 from Hawai’i. However, P. oleteira is a “paper thin” sponge that has much smaller tylostyles (230–460 µm).

Several specimens assigned to Prosuberites aff. laughlini were described from the Colombian Pacific coast ( Lizarazo Rodríguez et al. 2020). These specimens have a similar appearance (Pl. 1 Fig. 1 View FIGURE 1 in Lizarazo Rodríguez et al. (2020)) to P. vansoesti sp. nov., but have a soft, fragile consistency and smaller tylostyles in only one size category (568 (184–1221) × 11 (5–18) µm). 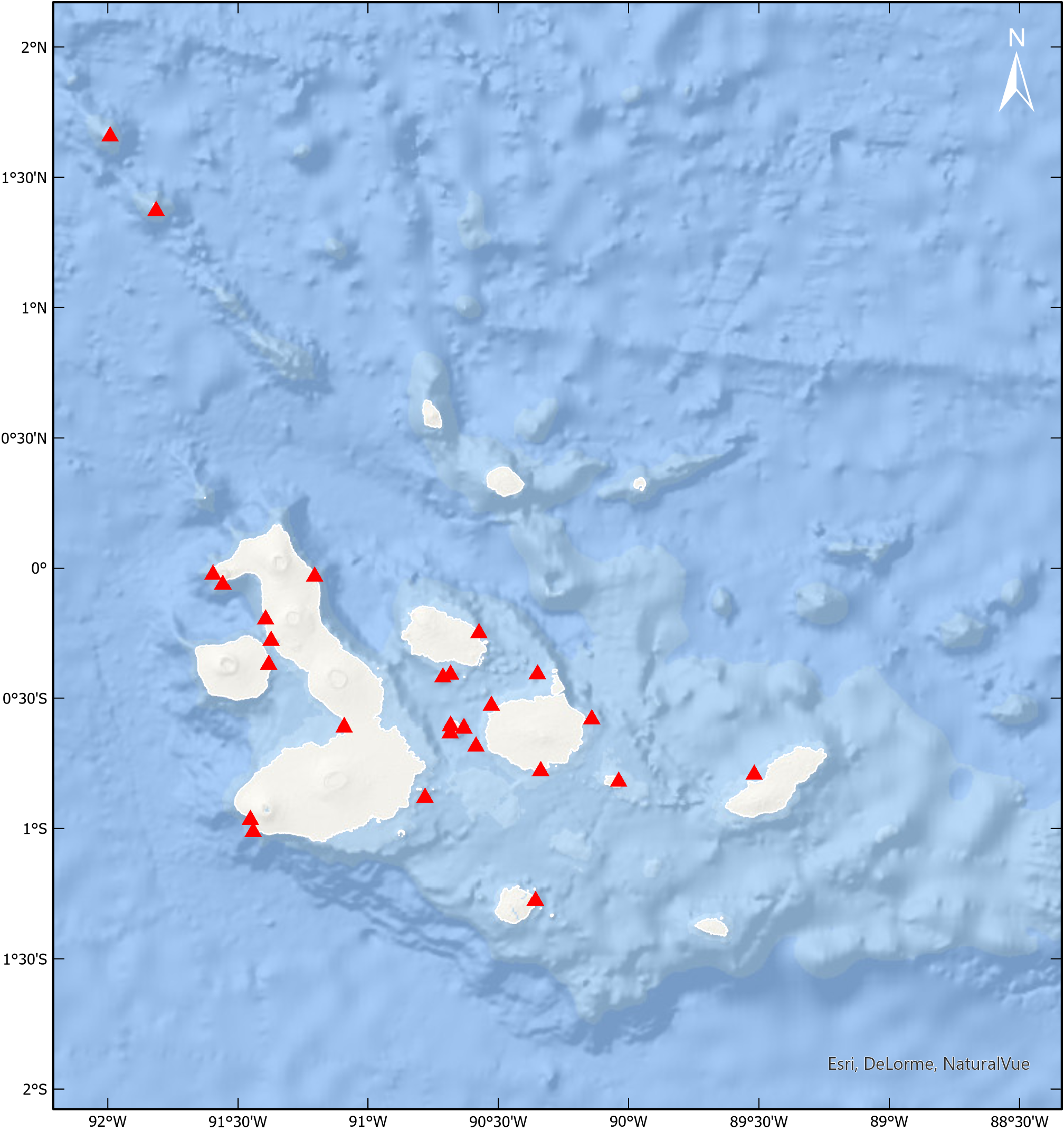 FIGURE 1. Sponge collection sites around the Galápagos Archipelago in this study. 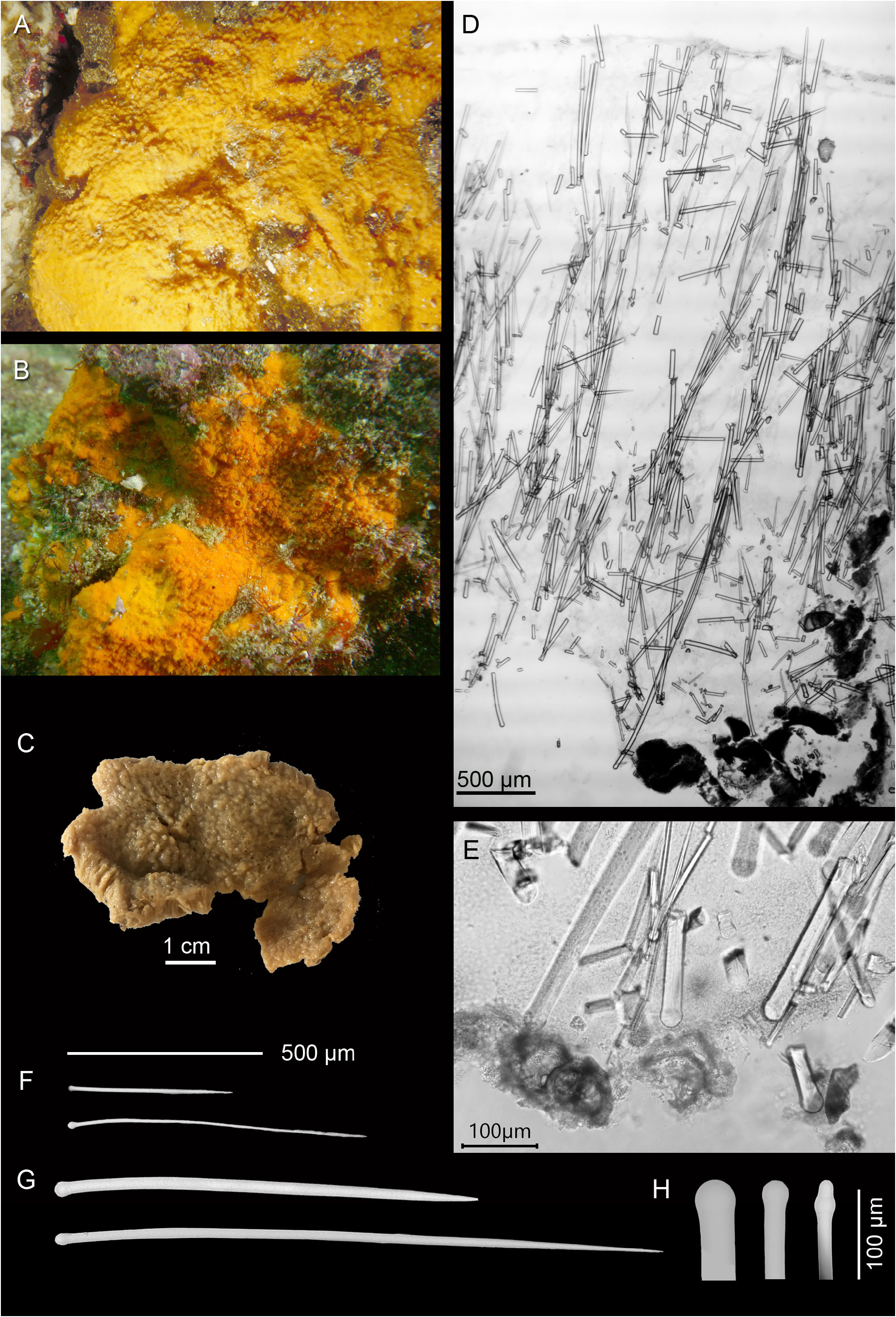