Description. Massive, multilobate, anastomosing sponge, with a 20 mm thick base. Large conspicuous oscules are present at the apex of the lobes that have a thin raised margin. Surface is densely covered with broad conules that are ≤ 1 mm high. Colour in life is dull yellow to greenish grey, colour in ethanol is dark royal purple ( Fig. 2A–B View FIGURE 2 ). Texture in life fleshy, compressible; in preservative very hard, not compressible.

Etymology. Named for the emerald colour in the surface of this species in life (Spanish singular noun in apposition = ‘emerald’).

Remarks. The only species of Suberea described from the eastern Pacific is S. etiennei Van Soest, Kaiser & Van Syoc, 2011 from Clipperton Island. Suberea etiennei is a thickly encrusting sponge that is reddish brown in ethanol and has narrow fibres (30–97 µm). Suberea esmerelda sp. nov. has a similar morphology to S. laboutei Bergquist,1995 from New Caledonia. However, the latter species is chocolate brown in preservative and has much larger fibres (200–700 µm). 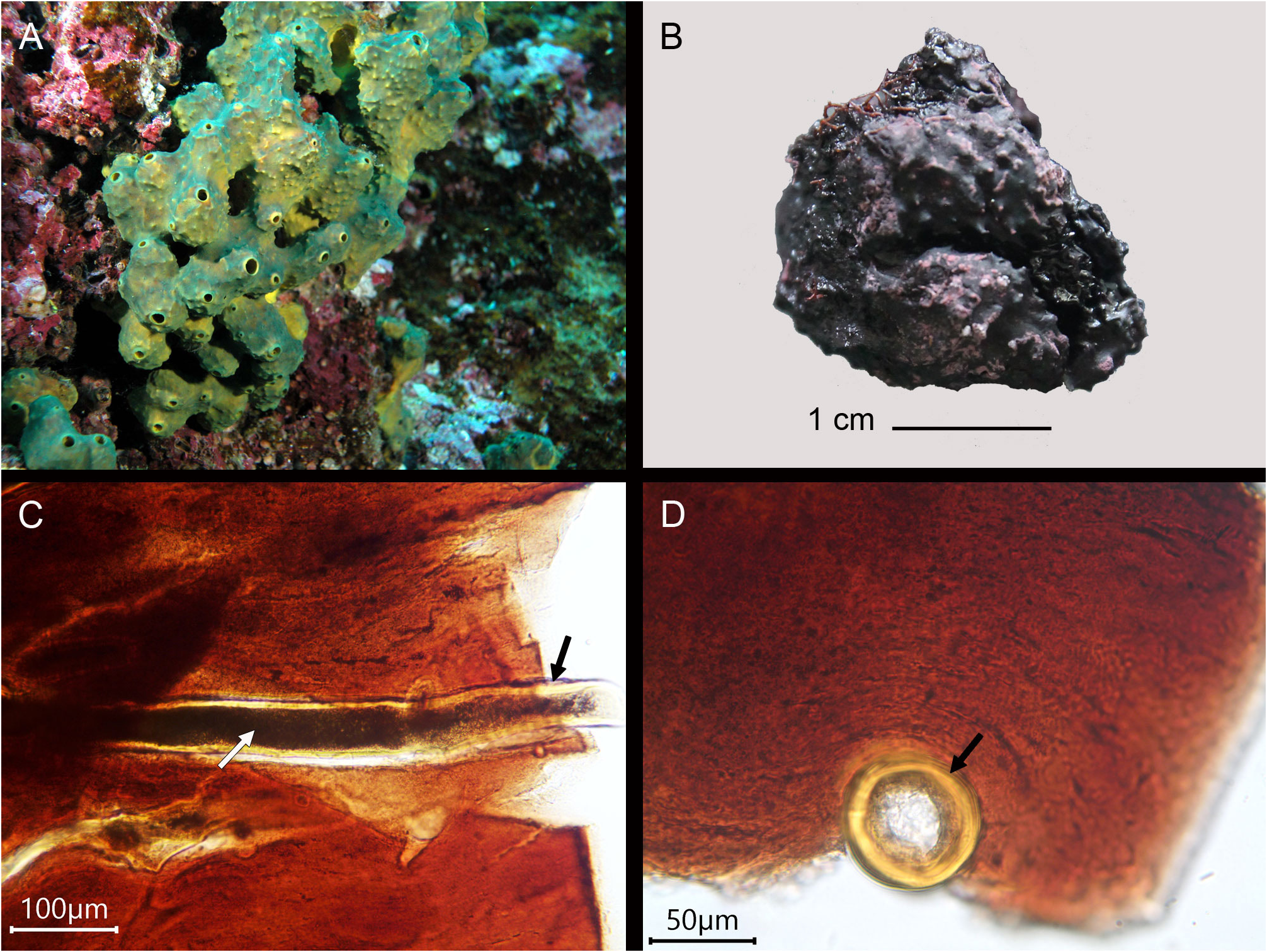