Habitat and distribution. Only known from type locality. Found growing on rock; 18 m.

Description. Thickly encrusting sponge, ≤ 30 mm thick, covered in short, rounded or volcano-shaped lobes. Conspicuous singular or multiple oscules, ≤ 5 mm in diameter, are present at the apex of the lobes; oscules are flush with the surface. Surface of the sponge is densely and obviously punctate. Colour in life is cream, colour in ethanol is tan ( Figure 11A–B View FIGURE 11 ). Texture is very hard, barely compressible, rough, felty to the touch. Ectosome is not easily detached.

Skeleton. Ectosome is a unispicular, tangential, isotropic reticulation, below which is a subectosomal layer consisting of large multispicular rounded meshes, around 500 µm in diameter ( Fig. 11C View FIGURE 11 ). The choanosomal skeleton is isotropic, but with superimposed multispicular ascending tracts, giving the appearance of an anisotropic orientation ( Fig. 11D View FIGURE 11 ).

Etymology. Named for the regular lobate surface of the sponge that is reminiscent of the fields of volcanoes in the Galápagos Archipelago (Latin present participle used as adjective agreeing with Neopetrosia = ‘belching forth’).

Remarks. Neopetrosia densissima ( Wilson, 1904) is the only species of Neopetrosia that has been described from the Galápagos Islands. That species differs from N. eructans sp. nov. in that it is brown in colour and has much longer oxeas (220 µm).

Three other species of Neopetrosia have been described from the California coast:

• N. problematica ( De Laubenfels 1930) is beige in life and has strongyles and oxeas;

• N. zumi ( Ristau, 1978) is an erect branching sponge that possesses toxa in addition to oxeas. 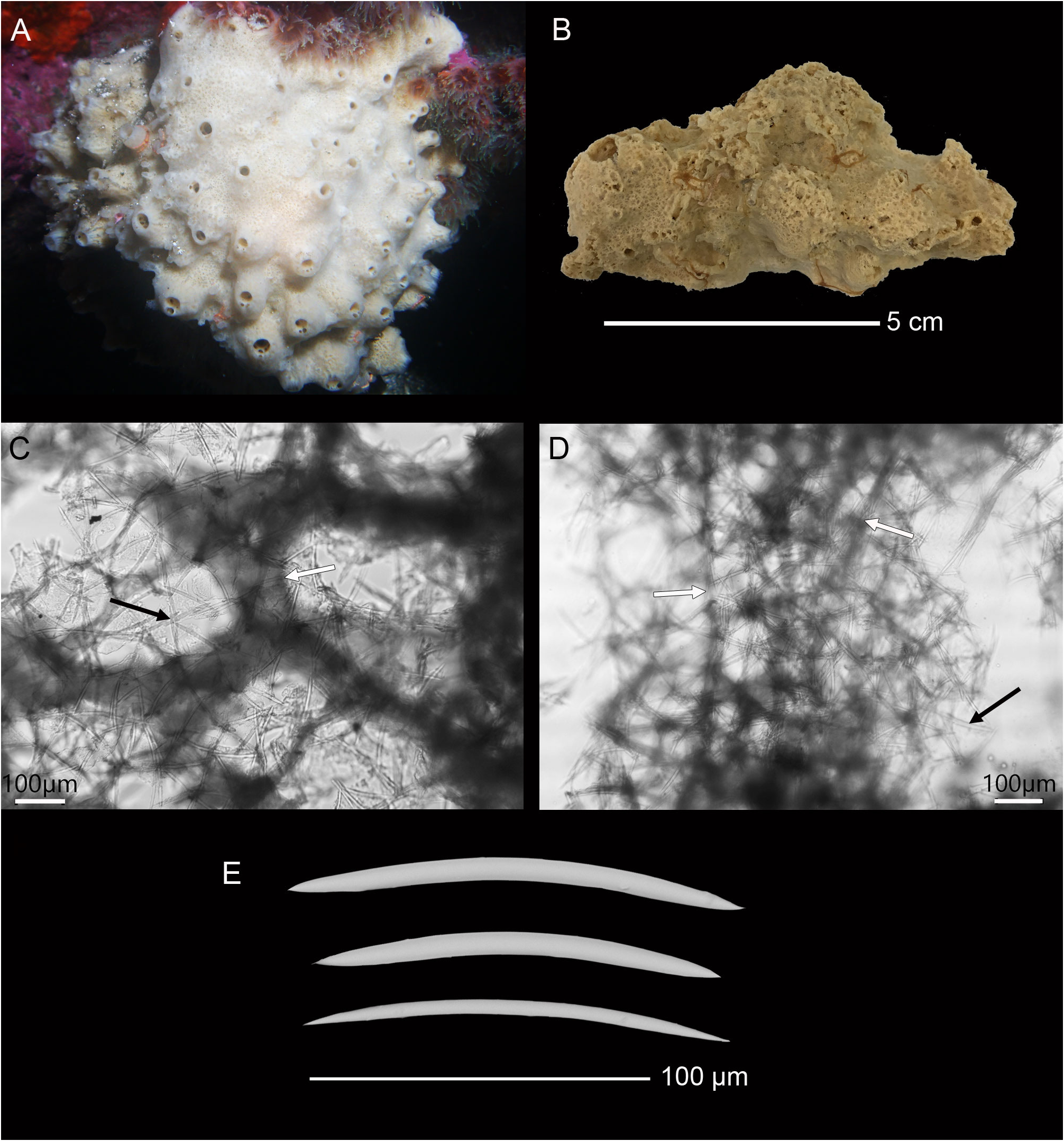