Primary types. Syntypes ♂ and ♀. Guatemala, Vera Paz, Panima, [G.C.] Champion leg. [ BMNH]. No type designation was made in Calvert’s brief original description on the proceedings of a society meeting, in which only one male and one female in copula were mentioned. In his 1903 redescription Calvert listed 4 ♂ and 2 ♀, including the pair in copula mentioned in 1902, without any indication as to whether the male illustrated in figure 49 was the one collected in copula. In his 1970 catalog, Kimmins considered the specimen illustrated by Calvert in 1903 as holotype. At our request, Benjamin Price kindly checked the specimens deposited at the BMNH, and the male illustrated by Calvert in 1903 with a holotype label from Kimmins was not taken in copula, for which reason it cannot constitute a type since it was not included in the original description. Therefore we here designate the male taken in copula mentioned in Calvert’s (1902) original description (with a paratype label from Kimmins) as lectotype. 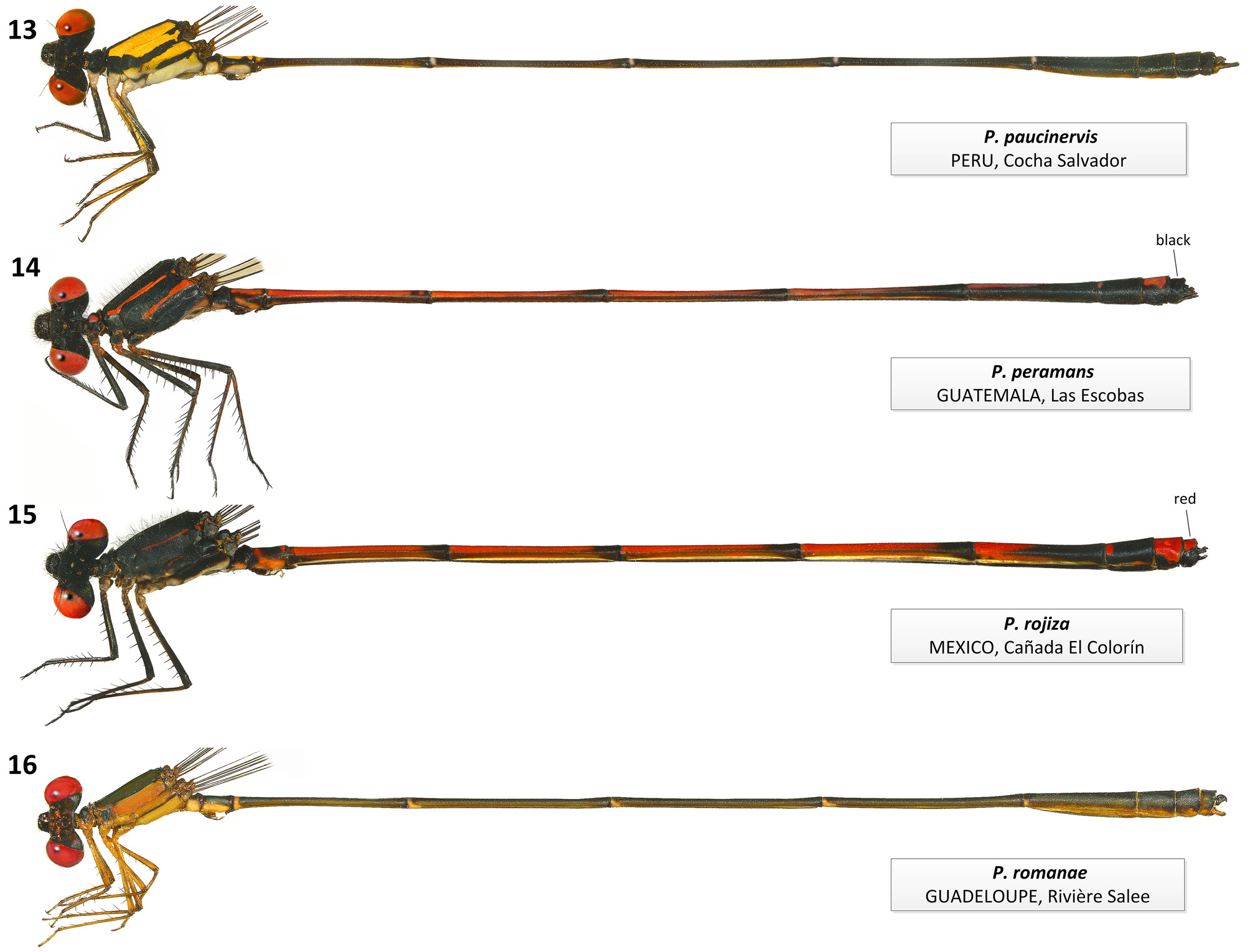 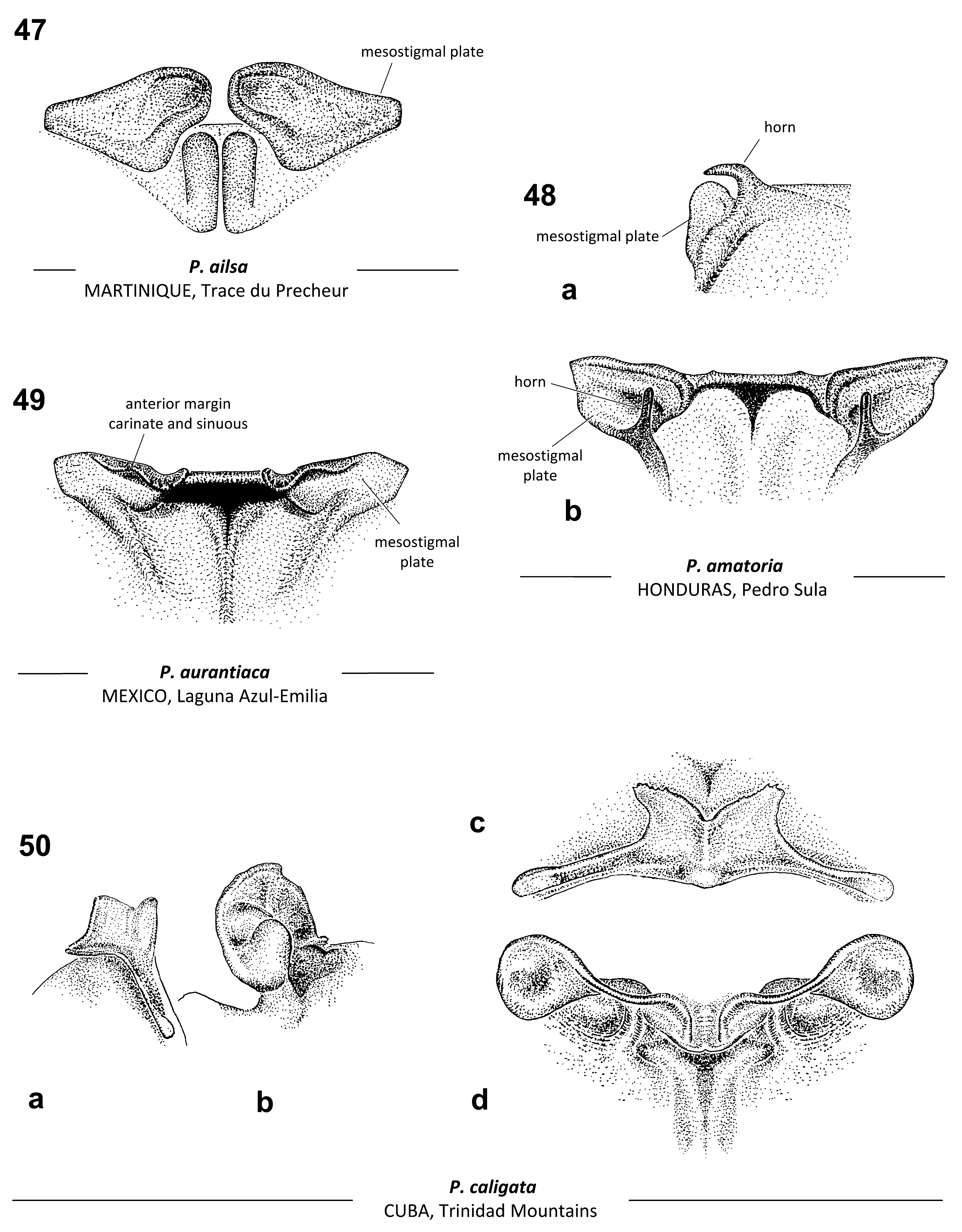 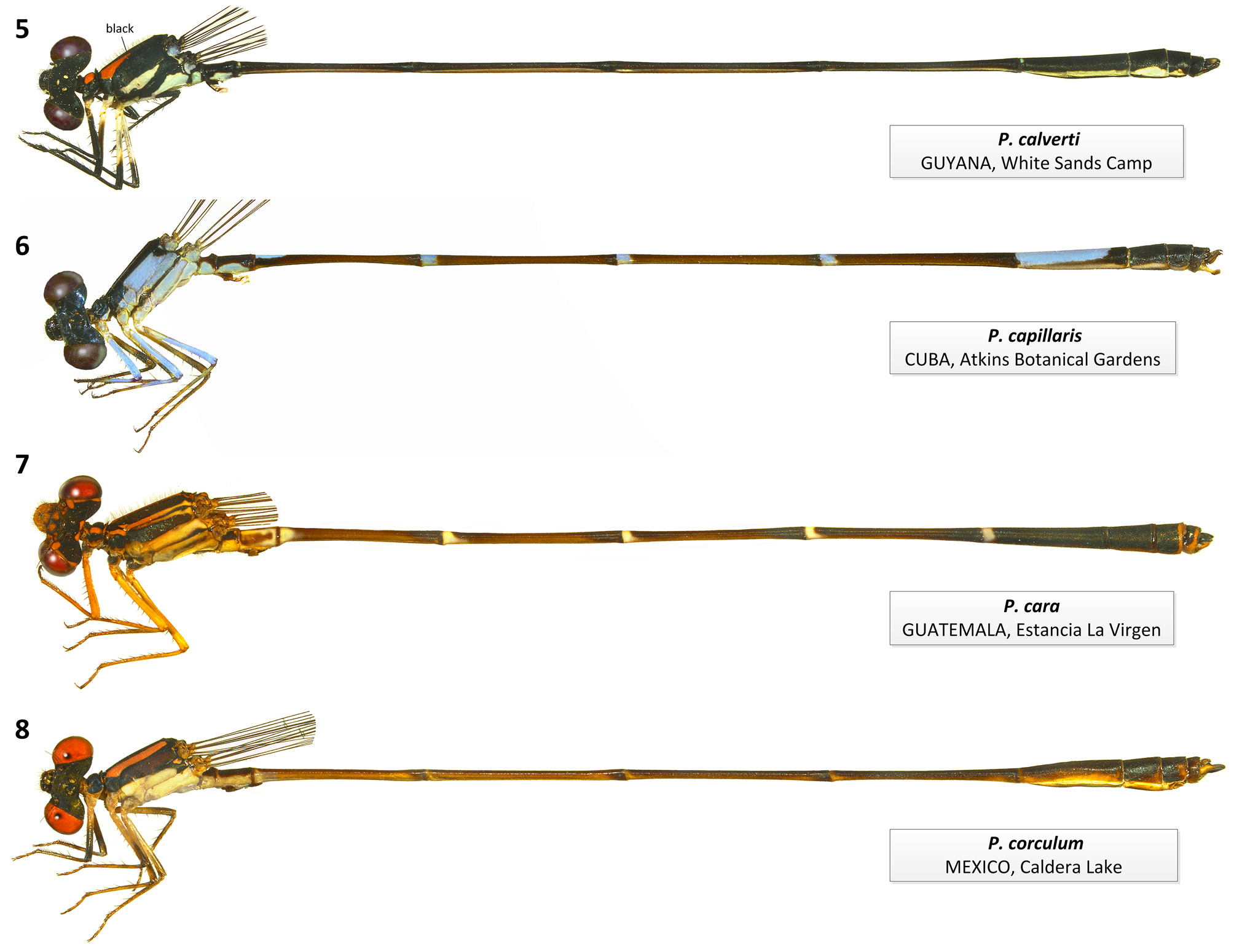