Immature inflorescences can be seen on the type specimen collected in late June.

(Fig. 21View Figure 21). This species is restricted to the Massif de la Hotte, Haiti, and is only known from the type locality.

Etymology. The specific epithet, pagnolensis  , refers to the type locality, Morne Bois Pagnol, and the only place that this species has been collected. It should be noted that there are differing spellings for the type locality. The word is derived from the French, Espagnol (meaning Spanish). The Haitian Creole spelling for the site is Panyòl, although it is also spelled Pangnol and Pagnol (J. Timyan, pers. comm.). We have chosen to use the spelling Pagnol for the site and thus the specific epithet, pagnolensis  .

The conservation status of this species is unknown, however, the location of this collection is surrounded by degraded, remnant moist tropical forest, most of which has been cleared for subsistence farming. Thus, Miconia pagnolensis  is likely endangered by habitat loss. However, we suggest a preliminary status of data defficient until future fieldwork can further illuminate population sizes of the species.

Material of this new species has been collected only once by Joel Timyan (i.e., Timyan 27, FLAS). According to phylogenetic analyses ( Majure et al. 2015), this species is phylogenetically distinctive and most closely related to members of the Acuminata  subclade of the Lima  clade (Fig. 2View Figure 2). Miconia hybophylla  is the only other putative member of the Acuminata  subclade in Haiti. Additionally, vegetative morphology certainly places Miconia pagnolensis  within the Lima  clade (Fig. 26FView Figure 26). The type specimen shows phenetic similarity with Miconia lima  , but the shrubs are smaller than Miconia lima  (0.5-0.9 vs. 1.5-5 m tall), with mostly smaller leaves (0.9-2.3 × 0.5-1.2 cm vs. 0.7-5.7 × 0.42-3.2 cm), with obtuse to acute (vs. acute or acuminate) apices. Miconia pagnolensis  also occurs outside of the range of Miconia lima  , which, in the southern peninsula of Haiti, is only known from the Massif de la Selle. We formally name this species, despite its being known only from an essentially vegetative specimen, because our analysis of molecular data clearly indicates the phylogenetic distinctiveness of the taxon, and because its vegetative morphology is diagnostic (allowing it to be distinguished from the phenetically similar Miconia lima  ). The specific epithet refers to the type locality - which is quite inacessable. We think it is important to have a formal name for this rare taxon, as it may be years before it is re-collected (unfortunately, like several other species of sect. Lima  , which are only known from the type gathering), and knowledge of its existence will stimulate searches. 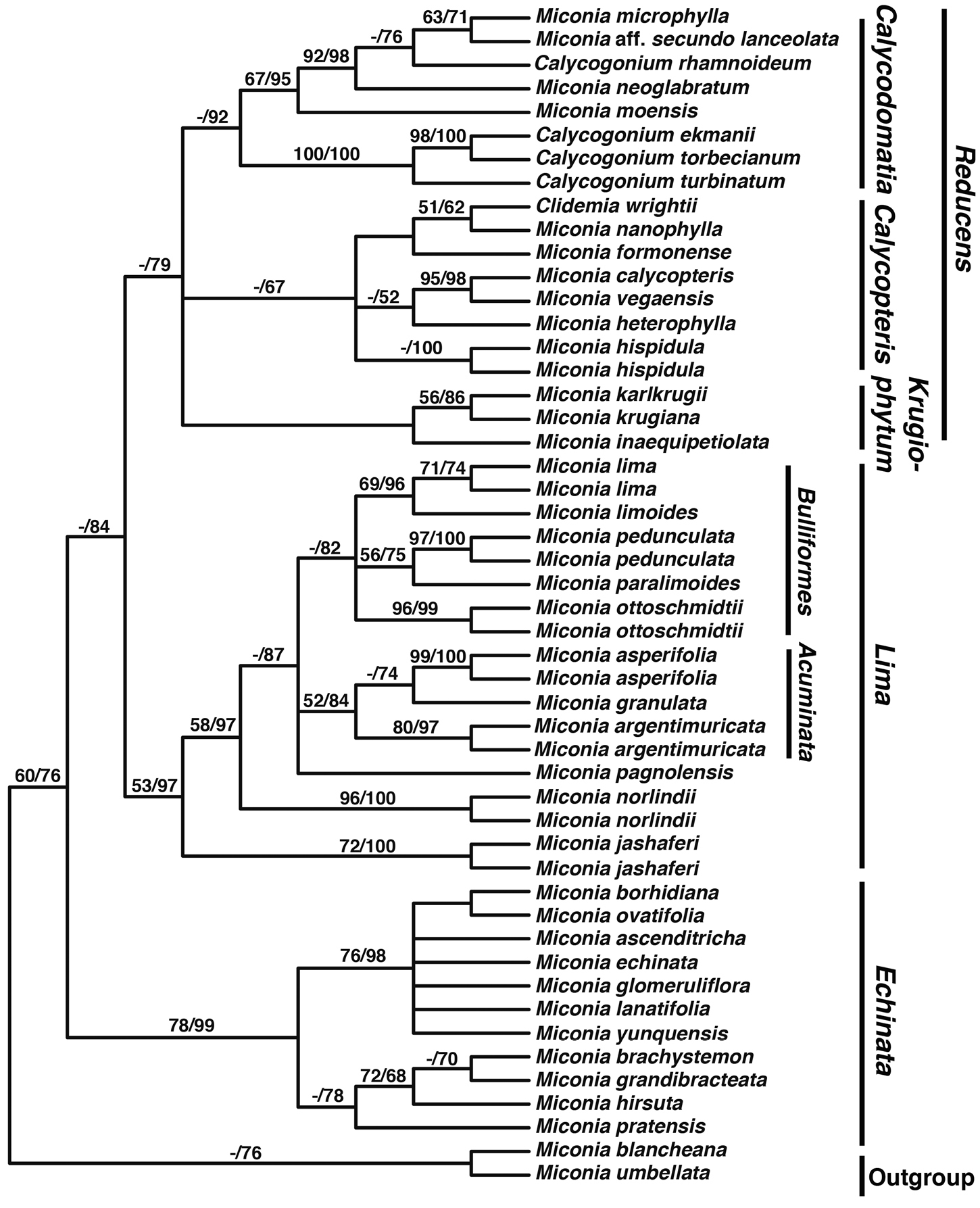 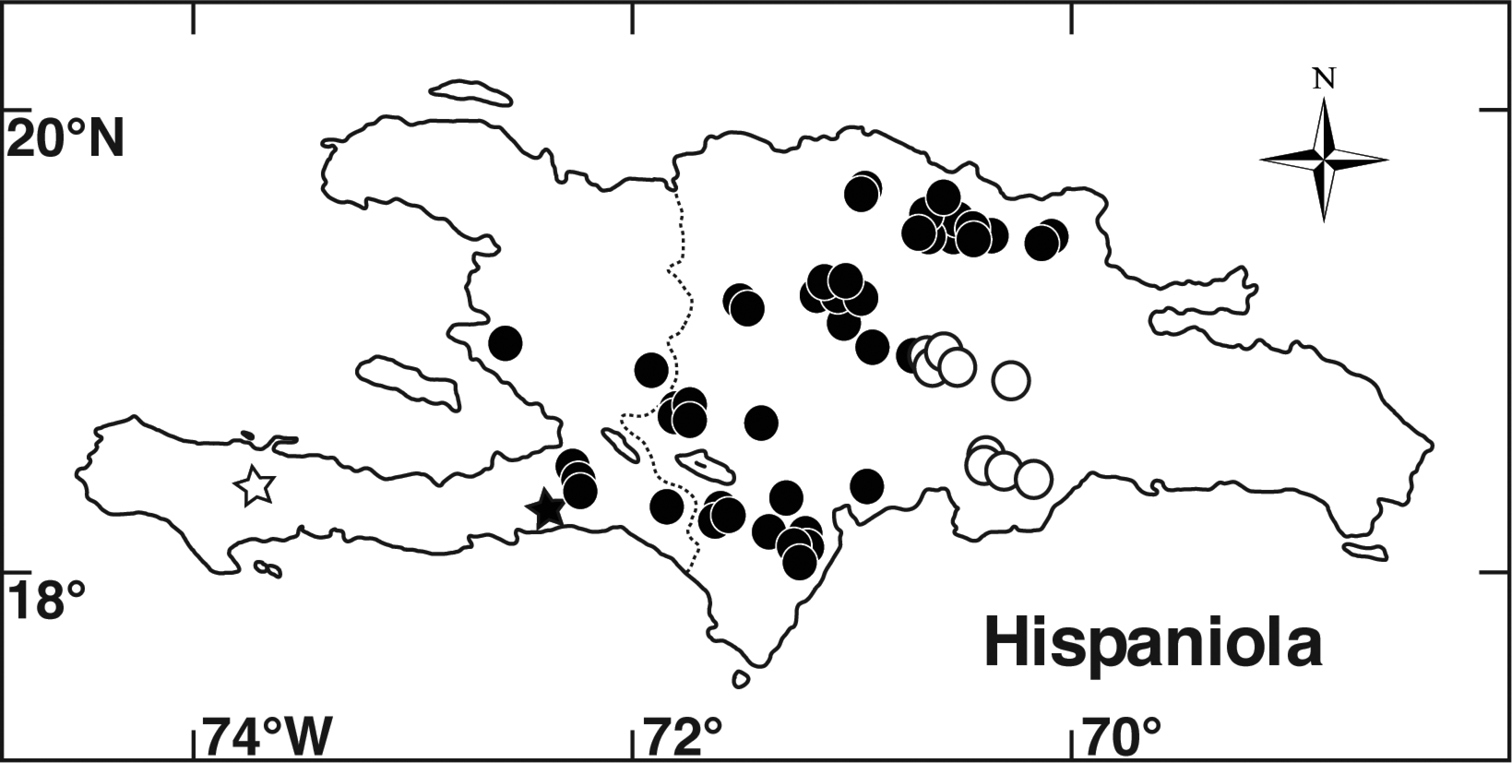