Diagnosis. Distinguished from remaining species of Oligosarcus   by presence of two well distinct rows of premaxillary teeth (vs. one row composed by both large and small teeth) ( Fig. 3 View FIGURE 3 ). One C&S specimen of Oligosarcus itau   has four unbranched dorsal-fin rays, a feature not found in other characids; however, presence or absence of very small anteriormost dorsal-fin ray could not be evaluated in alcohol-preserved specimens. The new species further distinguishes from all remaining species of genus excepting O. pintoi   by presence of pentacuspidate dentary teeth (vs. conical to tricuspidate). Oligosarcus itau   further distinguishes from O. pintoi   by presence of 8–13 maxillary teeth (vs. 15–23) ( Fig. 3 View FIGURE 3 ), 21–23 branched anal-fin rays (vs. 24–28), 18–19 circumpeduncular scales (vs. 13– 16), 41–42 lateral-line scales (vs. 36–40), presence of two pairs of uroneurals (vs. one), presence of a well-developed temporal fossa ( Fig. 4 View FIGURE 4 )(vs. absent; Fig. 5 View FIGURE 5 ), and possession of a distally expanded sphenotic spine ( Fig. 4 View FIGURE 4 )(vs. distally notched; Fig. 5 View FIGURE 5 ).

Further distinguished from Oligosarcus bolivianus   , also inhabiting Río Bermejo basin, by shorter maxilla, not reaching middle length of eye (vs. reaching, or almost reaching vertical through posterior margin of eye), lower number of ectopterygoid teeth (3–4 vs. 9–11), lower number of lateral-line scales (41–43 vs. 49–55), transverse (9 / 5–7 vs. 11 / 8), and circumpeduncular scales (18–19 vs. 21–23), and fewer number of maxillary teeth (8–13 vs. 15– 24). Oligosarcus itau   distinguishes from O. platensis   n. comb. (see Discussion) by fewer anal-fin rays (21–23 vs. 27) and maxillary teeth (8–13 vs. 16) and by dentary teeth gradually decreasing in size (vs. two anterior dentary teeth conspicuously longer than posterior ones).

First branchial arch with 22–23 gill rakers: 8–9 on epibranchial, 1 on cartilage, 10–11 on ceratobranchial, and 2 on hypobranchial; posterior edge of first epibranchial with a second row of 3–5 gill rakers. Gill rakers on first ceratobranchial with broad denticles especially on anterior and posterior edges. Thirty-six vertebrae (18 precaudal and 18 caudal). Five supraneurals, 12 pairs of ribs. Caudal fin with 12 dorsal and 10 ventral procurrent rays.

Sexual dimorphism. S mall anal-fin lobe formed by last unbranched and first 1–2 branched rays in both sexes, pointed in female and rounded in males. Males with hooks on last unbranched anal-fin ray and posterior branch of first 9–11 branched anal-fin rays; one pair of hooks per segment. Males bearing hooks on pelvic-fin rays 2–5, one pair of hooks per segment. One small hook at tip of caudal fin of one C&S male specimen. No gill-derived gland observed in males or females.

Distribution. Oligosarcus itau   is only known from an unnamed stream in the road to Campo Largo, General San Martín, Salta, Argentina; this stream is an affluent of the Río Itau   , Río Bermejo basin ( Fig. 7 View FIGURE 7 ).

Conservation notes. Specimens were found in a rainforest stream with riffles and pools of one or two meters with bottom ranging from gravel to large rocks ( Fig. 8 View FIGURE 8 ). The stomach of one C&S specimen contained mainly allochthonous insects. The stream in which this species was collected flows through the piedmont rainforest of north-western Argentina; these environments are highly endangered and are disappearing due to human activities. The particular area where this species inhabits is concessioned to a hydrocarbon exploitation company and it is subjected to permanent modifications of their water courses; this and the apparently natural scarcity of specimens of this species in its only known locality make it highly vulnerable. Despite the relatively high collection efforts in the basin, this species was found only in this stream, and probably it constitutes a microendemism.

Etymology. The specific name itau   refers to the Río Itau   . This word probably derives from the guaraní words “ itá   ”, meaning stone, and “y” (pronounced as the German ü in Guaraní language), meaning water. A noun in apposition.

Phylogenetic results. The phylogenetic hypothesis proposed herein is the strict consensus of the most parsimonious trees obtained between the 8 th and 14 th values of k (9.00– 16.44) in the analyses under implied weighting. This phylogeny is much similar to that proposed by Mirande (2010), and the discussion is principally focused on the relationships of Oligosarcus   and Astyanacinus   ( Fig. 9 View FIGURE 9 ). Characters and states listed correspond to that described by Mirande (2010), excepting for character 366 (see below).

The resolution of the internal relationships of Oligosarcus   was not a primary objective of this paper; however, it is noticeable that O. itau   n. sp. is the sister taxon of the remaining analyzed species of the genus in all the analyses performed. The monophyly of Oligosarcus   is well supported and stable across all the analyses, both under implied weighting and self-weighted optimization ( Fig. 9 View FIGURE 9 ). 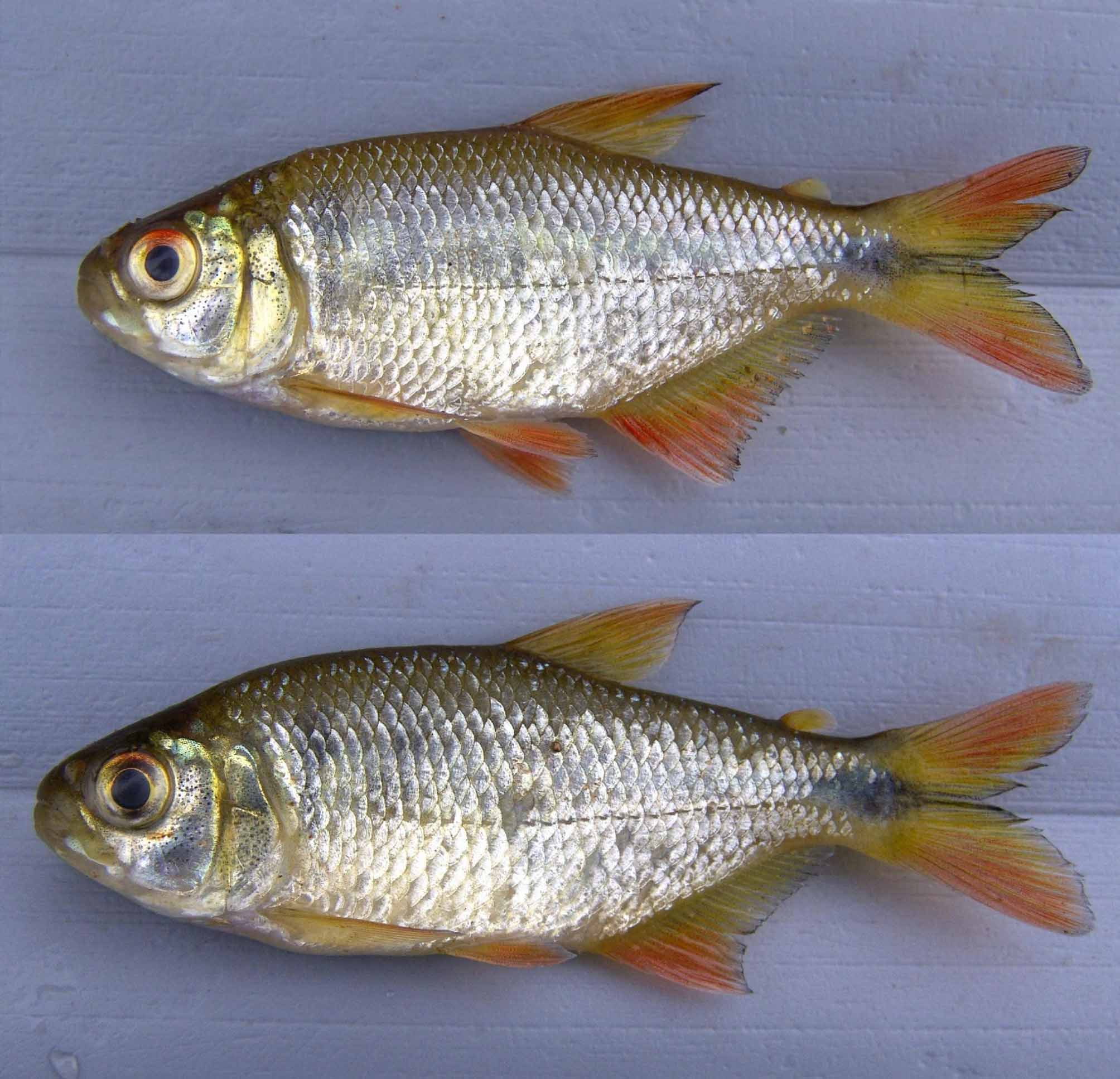 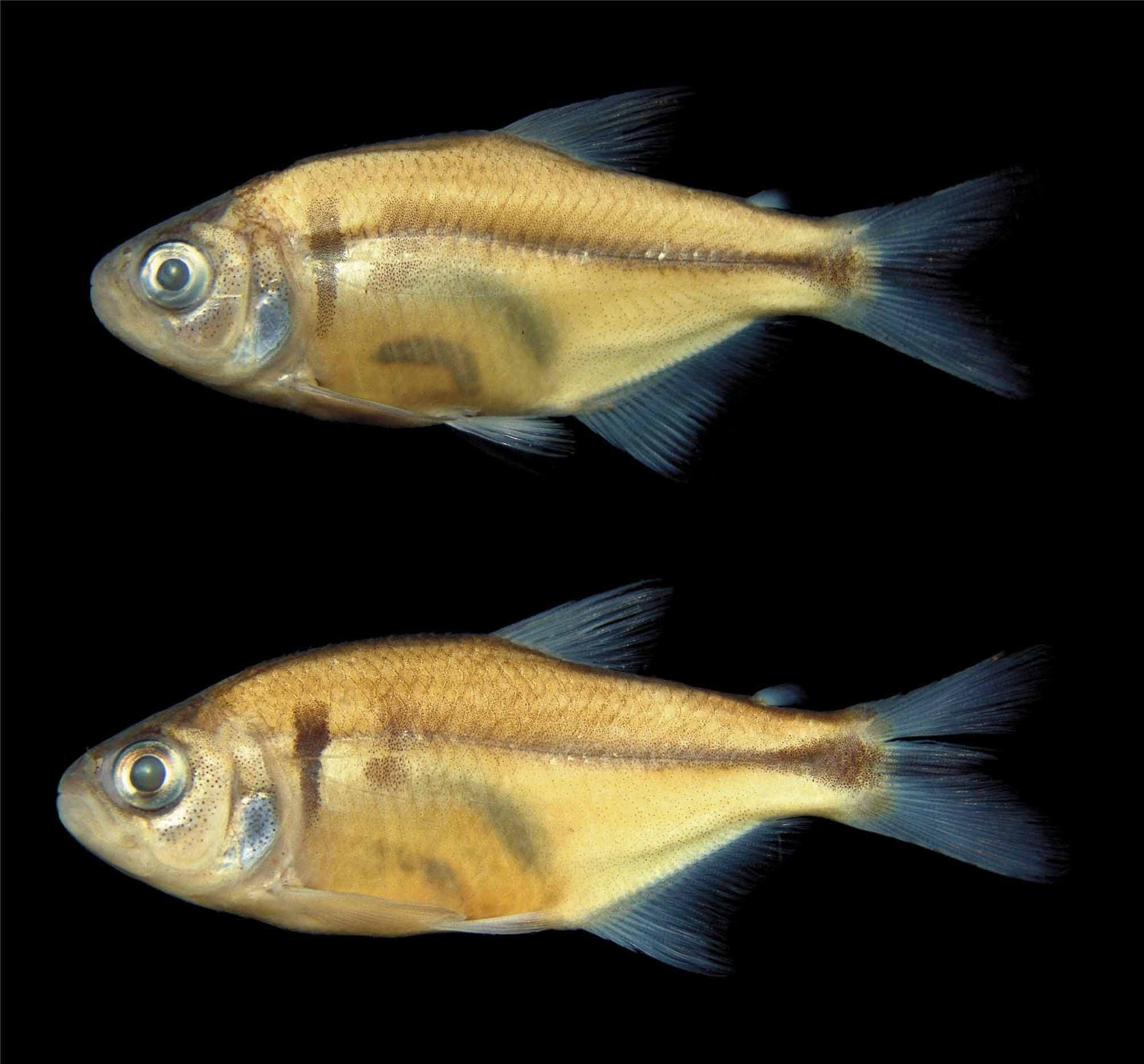 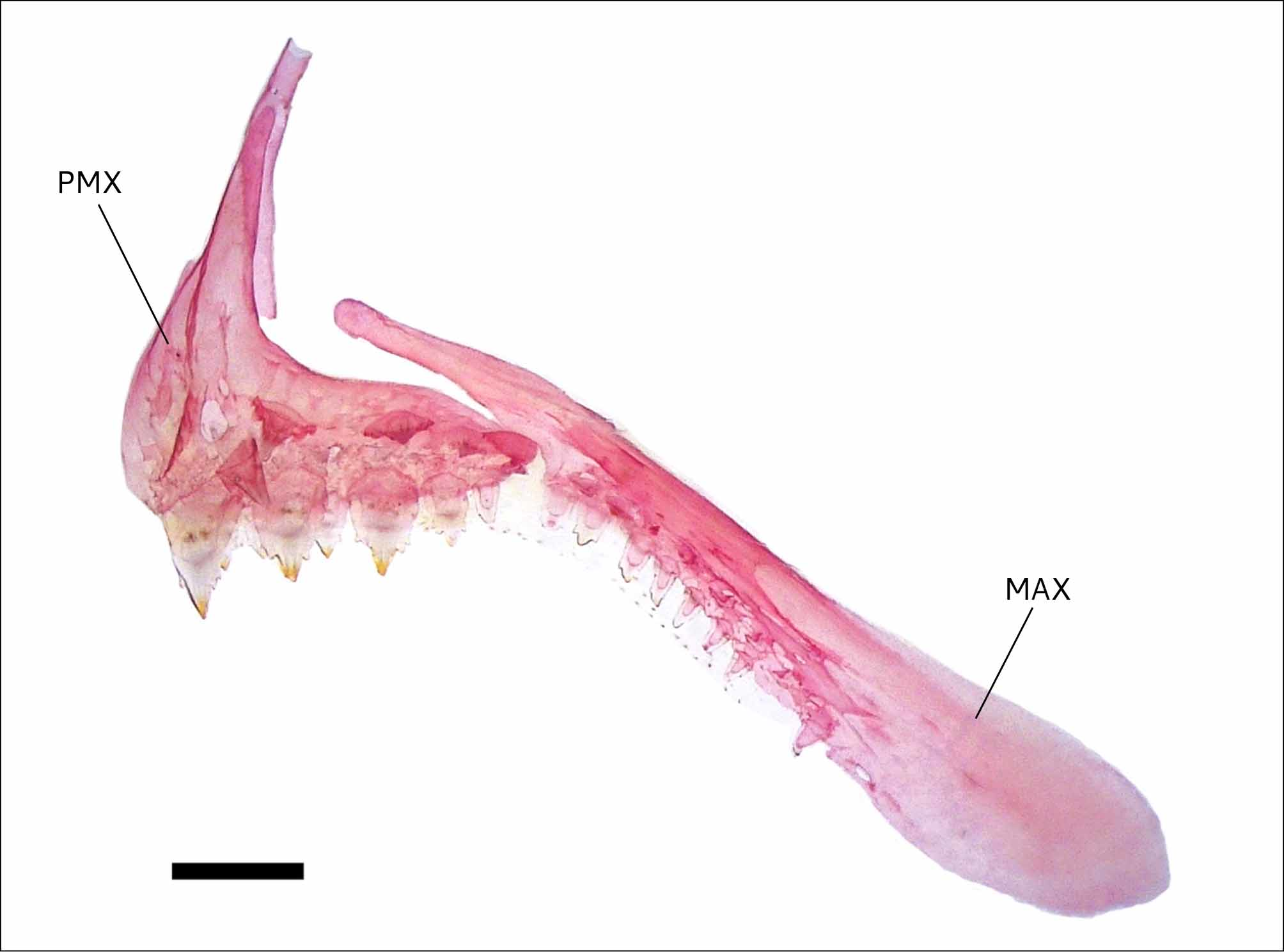 FIGURE 9. Consensus tree between most parsimonious trees obtained under implied weighting showing all the species in the clade of characids lacking a bony supraorbital. Added species relative to Mirande (2010) and clades in which they are included are highlighted. Number of nodes as used in the text are shown above branches.