Remarks. No specimens of this species were examined. Nielson (1982) adequately described and illustrated the species based on male specimens collected from Palni Hills. This species is very similar to O. paracava (Nielson)   but differs from it in having the aedeagus with gonopore beyond the midlength and surrounded by longer spines ( Figs. 40 View FIGURES 40 G–H). 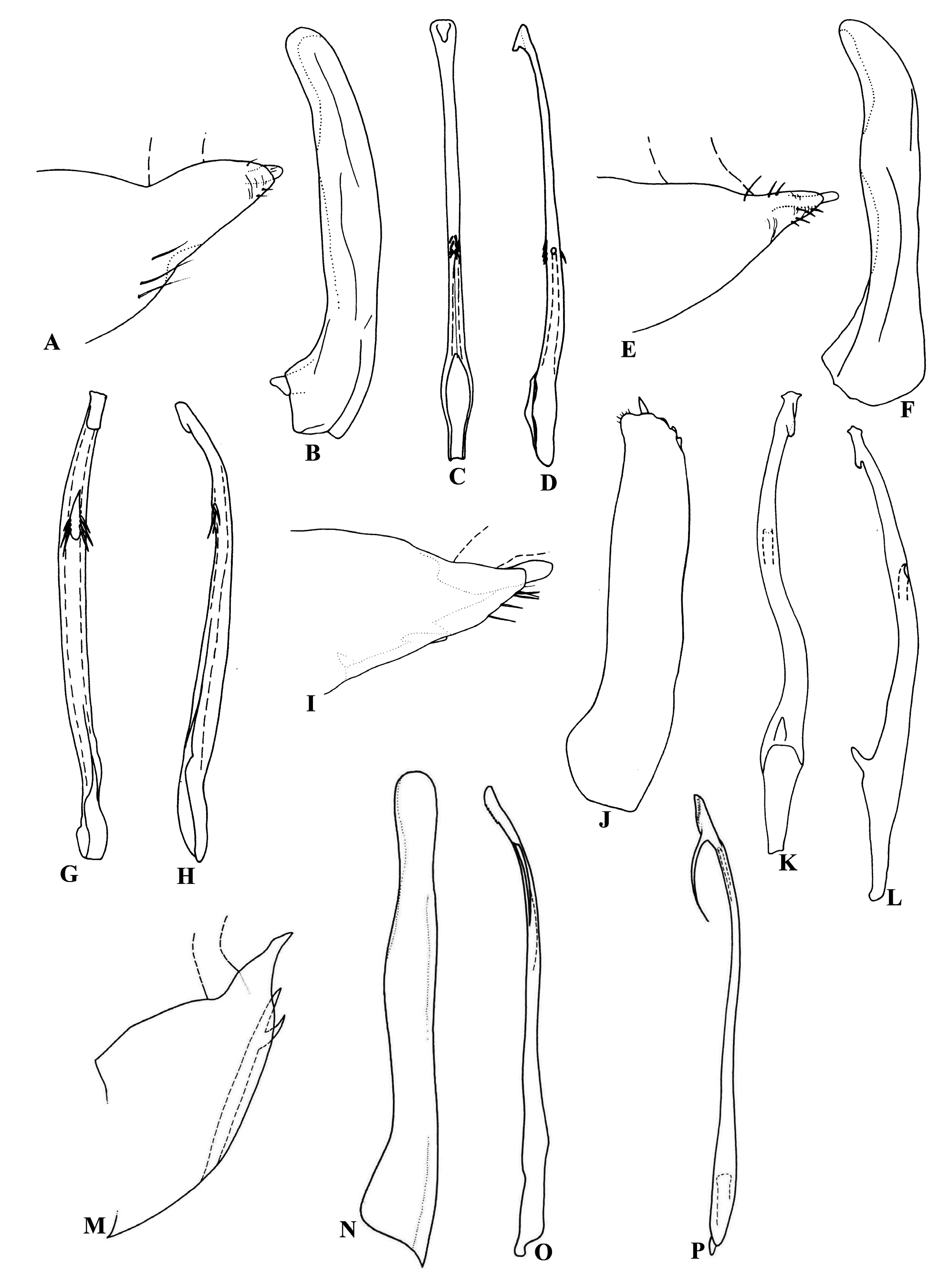