Remarks. Distant (1908) described Jassus elegans   based on unknown number of female specimens collected from Bombay. However, this name was preoccupied and hence Kirkaldy (1910) renamed it as Jassus rama   . Later Distant (1918) described Jassus albororatus   based on unknown number of specimens from Nandi Hills. Nielson synonyised the two species and transferred them to the genus Calodia   and also redescribed and illustrated the male genitalia based on males associated with the types (apparently there were no males in the type series) but collected from Nilgiri Hills and Malabar. In 2015, Nielson transferred the species to the genus Trinoridia.

T. rama   and T. ramamurthyi   sp. nov. (see below) appear similar in exteranal appearance. However, they differ mainly in the number of subapical processes and the arrangement of secondary setae on the long more proximal subapical process. In T. rama   , aedeagus has one pair of more distal short spine-like subapical processes and one long spinose process that extends beyond 2/3 length of the shaft and with secondary setae restricted to only short region at midlength ( Figs. 43 View FIGURES 43 P–Q). T. ramamurthyi   sp. nov. has two pairs of more distal spine-like short processes in addition to more proximal long process extending to more than 2/3 length of shaft and it is richly spinose for its distal ¾ length Figs. 47 View FIGURES 47 A–B). 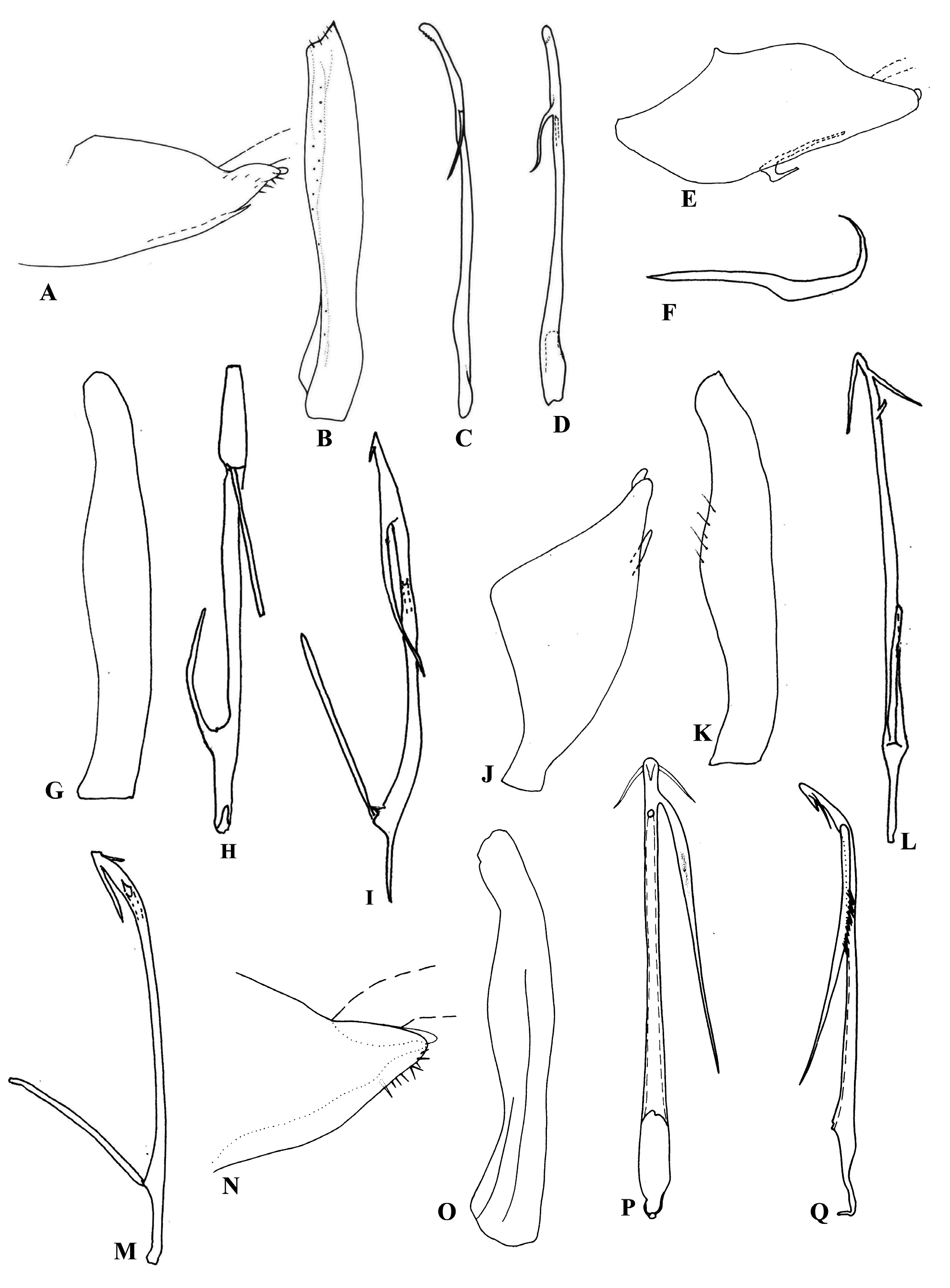 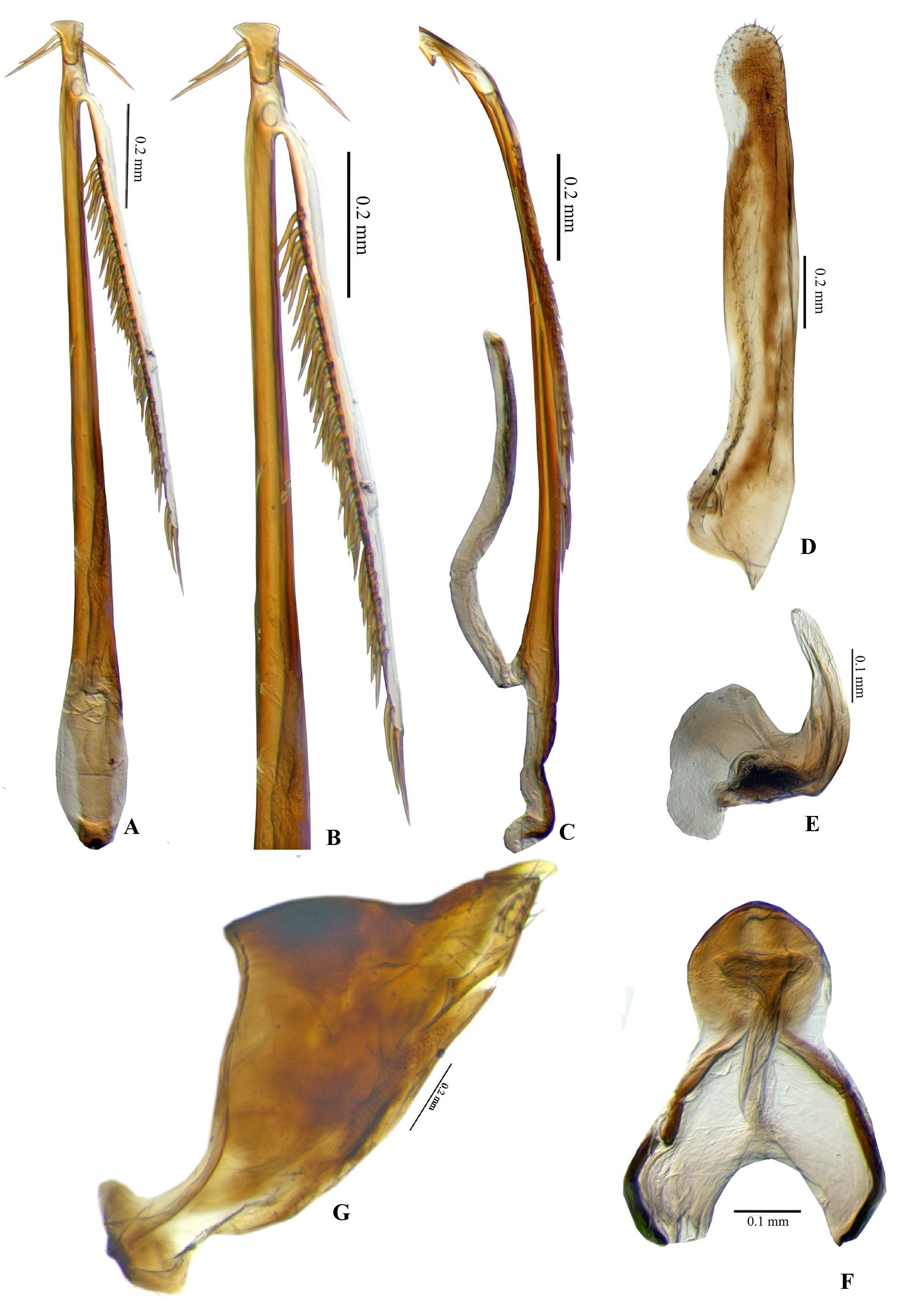