Remarks. Specimens of this species were not studied. However, Nielson (1982) adequately described and illustrated the species. It resembles the Malaysian species Calodia bispinata Nielson   in certain male genitalia charcters but has only one of the processes with secondary setae compared to both the processes in the latter species. Among the Indian species of the genus, it resembles C. neofusca   sp. nov. in male genitalia structures but differs having the secondary setae of the process less extensive compared to the latter. 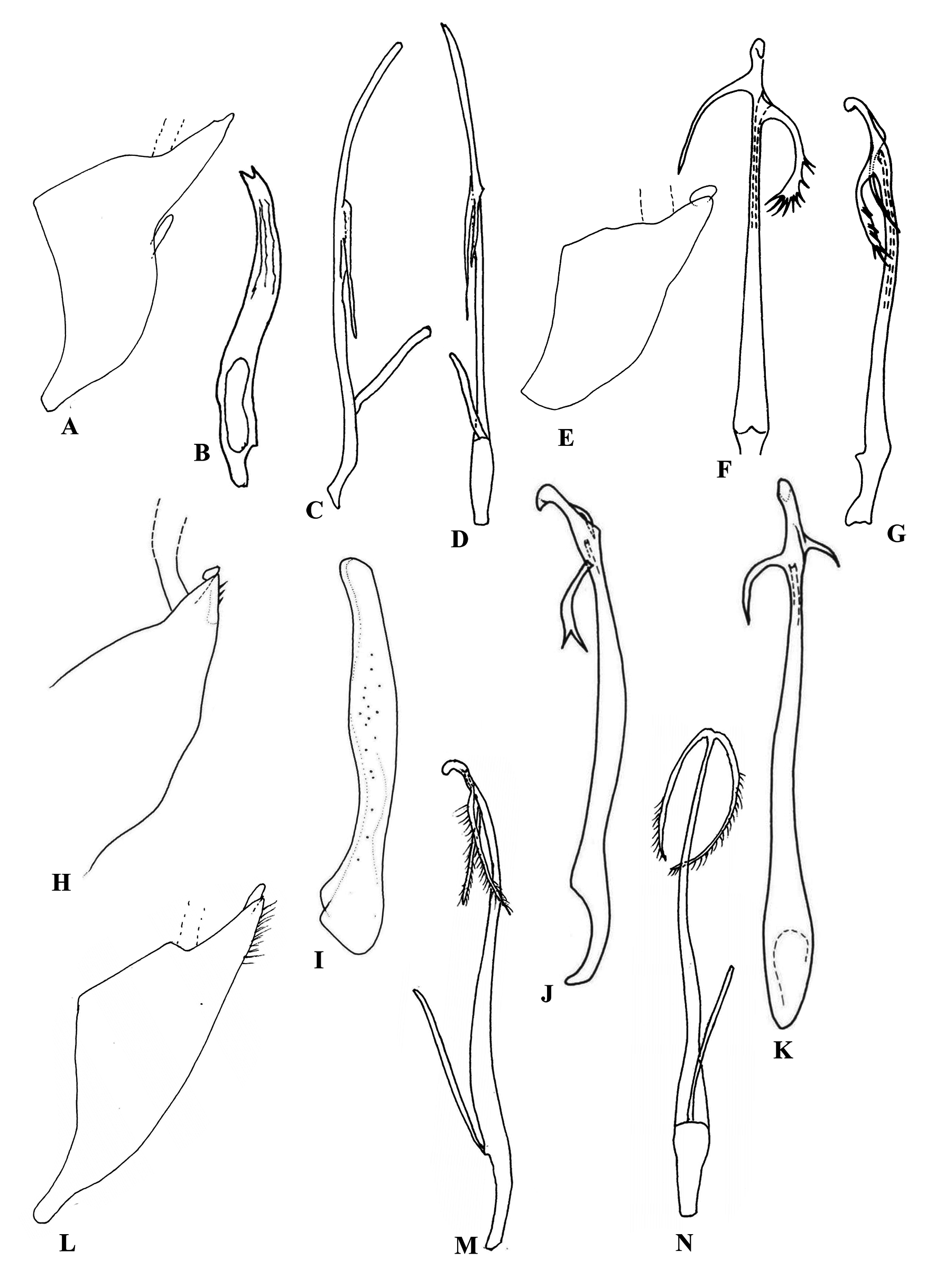