Branchiae palmate present along most of body, with one filament from chaetiger 16–24, reaching maximum of 2–4 filaments at chaetiger 21–62; where best developed, branchial filaments around 2–8 and 4–6 times longer, respectively, than branchial stems and notopodial cirri; length of filaments start to decrease around chaetiger 61– 82. Branchial stems completely attached to body wall ( Fig. 2 View FIGURE 2 B, E, F).

Variation. In some specimens jaws are semi-everted which make prostomium seem shorter and less deep than in those with jaws withdrawn. Eyes are absent in the holotype, this could be due to preservation. The most conspicuously variable feature among examined specimens is the shape of notopodial cirri. They can be simple, semi-bifurcated or bifurcated. All examined specimens have simple notopodial cirri in anteriormost chaetigers. The two largest specimens examined (AM W.6820 and AM W.44977) have bifurcated notopodial cirri along most of the examined fragments. The remaining specimens have semi-bifurcate cirri, which may be irregularly distributed along the body. Almost all specimens have abruptly tapering notopodial cirri at least in some chaetigers. Number of limbate chaetae decreases towards median region but in some cases increases in posteriormost chaetigers. Thin pectinate chaetae have more teeth in the longest specimen examined (AM W.44977) than in the other specimens. Laterally directed proximal teeth of subacicular hooks are usually present in posteriormost chaetigers. Subacicular hooks with smaller teeth may be worn down or characteristic of larger specimens (e.g., AM W.6820 and AM W.44977).

Remarks. Our description complements the original one by Kott (1951) in describing features not mentioned and including comments about variations occurring along the body and intraspecific variation as exhibited by the additional material examined. The main additional features observed in our study are the shape of notopodial cirri, pectinate chaetae and subacicular hooks.. Notopodial cirri may not be completely bifurcated, the semi-bifurcated shape is the most common among the studied specimens. In the original description, pectinate chaetae were described only as pectinate of general type, whereas we refer to it as a thin pectinate. We found two types of pectinate chaetae, thin and thick. Thick pectinate chaetae are restricted to the posterior region, which is absent in the incomplete holotype. 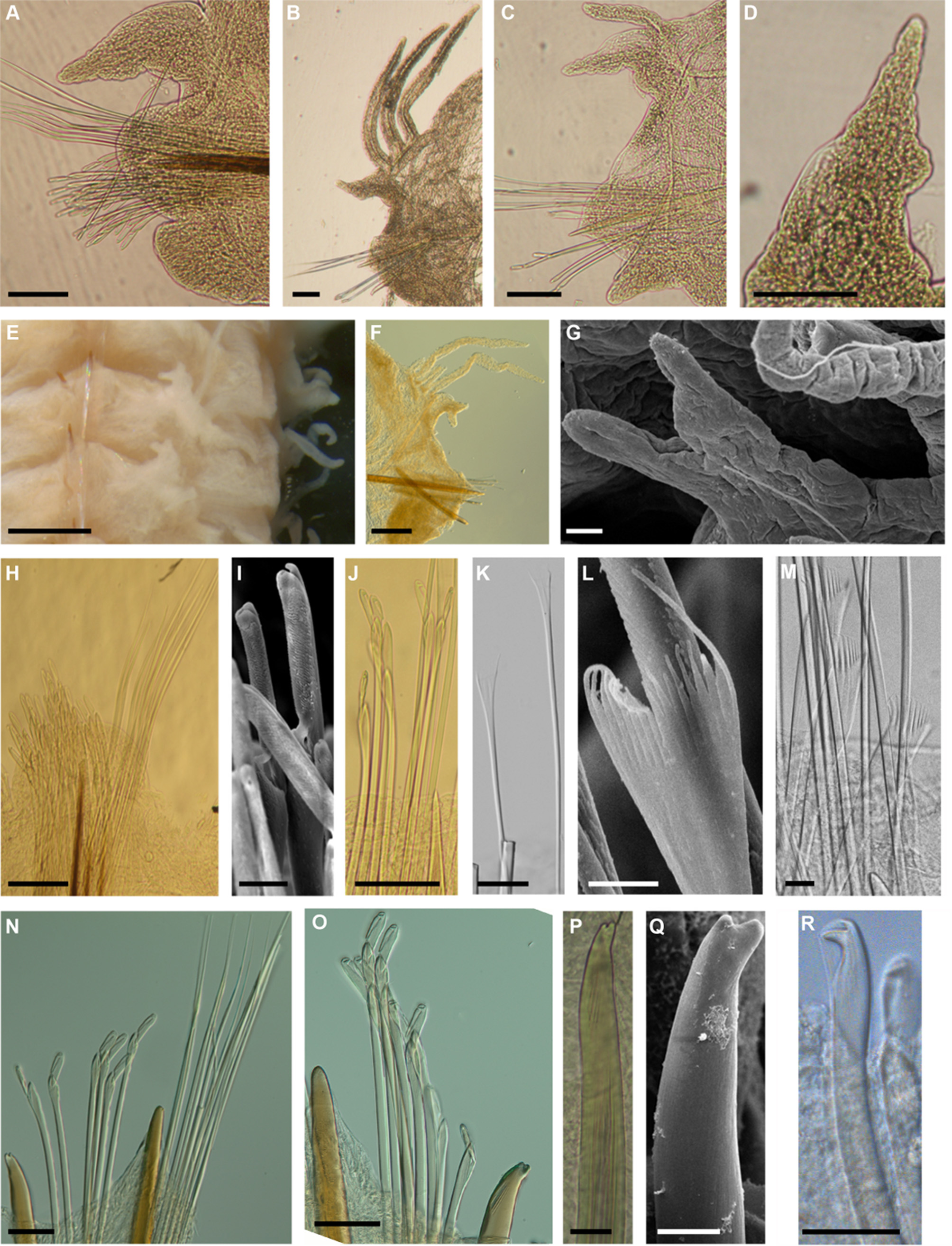