Original type series. Holotype ( LMNH) and one paratype ( CAS) from the same locality.

Remarks. Gressitt (1939a) provisionally identified the two specimens from Luofu Shan as D. tarsata Baly, 1869  based on brown body but noted that the two specimens differ in tarsi not being black. Later on, Gressitt (1950) decided that they are enough distinct and described them a new species D. balyi  and compared the species briefly to D. tarsata  . However, the holotype is a teneral specimen whose brown colouration is due to a not fully sclerotized body. The natural colouration of the species is probably much darker, most likely very dark brown or nearly black. Downesia tarsata  is very different as it has the second sutural row of punctures developed only on apical fourth of the elytra while D. balyi  has it distinct from basal fourth. 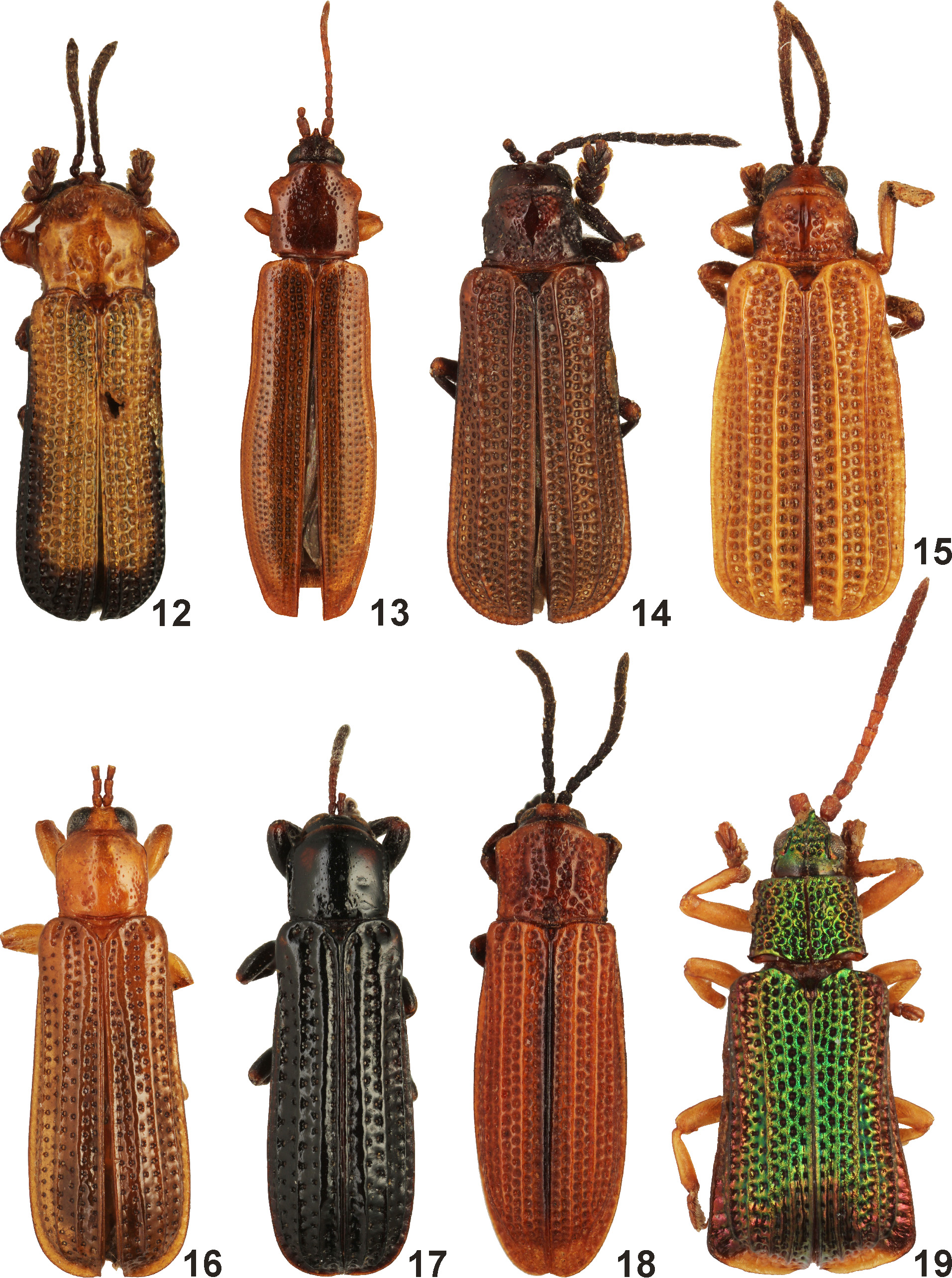