Remarks. This is the most common and widespread species of the genus in the Americas, ranging from Canada to Argentina, besides having been introduced in the Hawaiian Islands ( Damgaard et al. 2012). There is only one previous record from Panama ( Champion 1898), from near Panama City. The record above is the first from Colón Province. Río Chagres is a large river, where the mesoveliids were collected moving on top of hydrophytes with large leaves that almost totally covered the surface of the water in the sampled area. The artificial pool where Mes. mulsanti   was collected had a fair diversity of semiaquatic bugs. In addition to this species, Lipogomphus leucostictus   , Platyvelia brachialis   , Microvelia fantastika   , Mi. mimula   and Limnogonus hyalinus   have been collected in the same habitat. The pool occupies about 40 m 2 under some trees, and was massively covered by hydrophytes with minute leaves, with almost no open water. 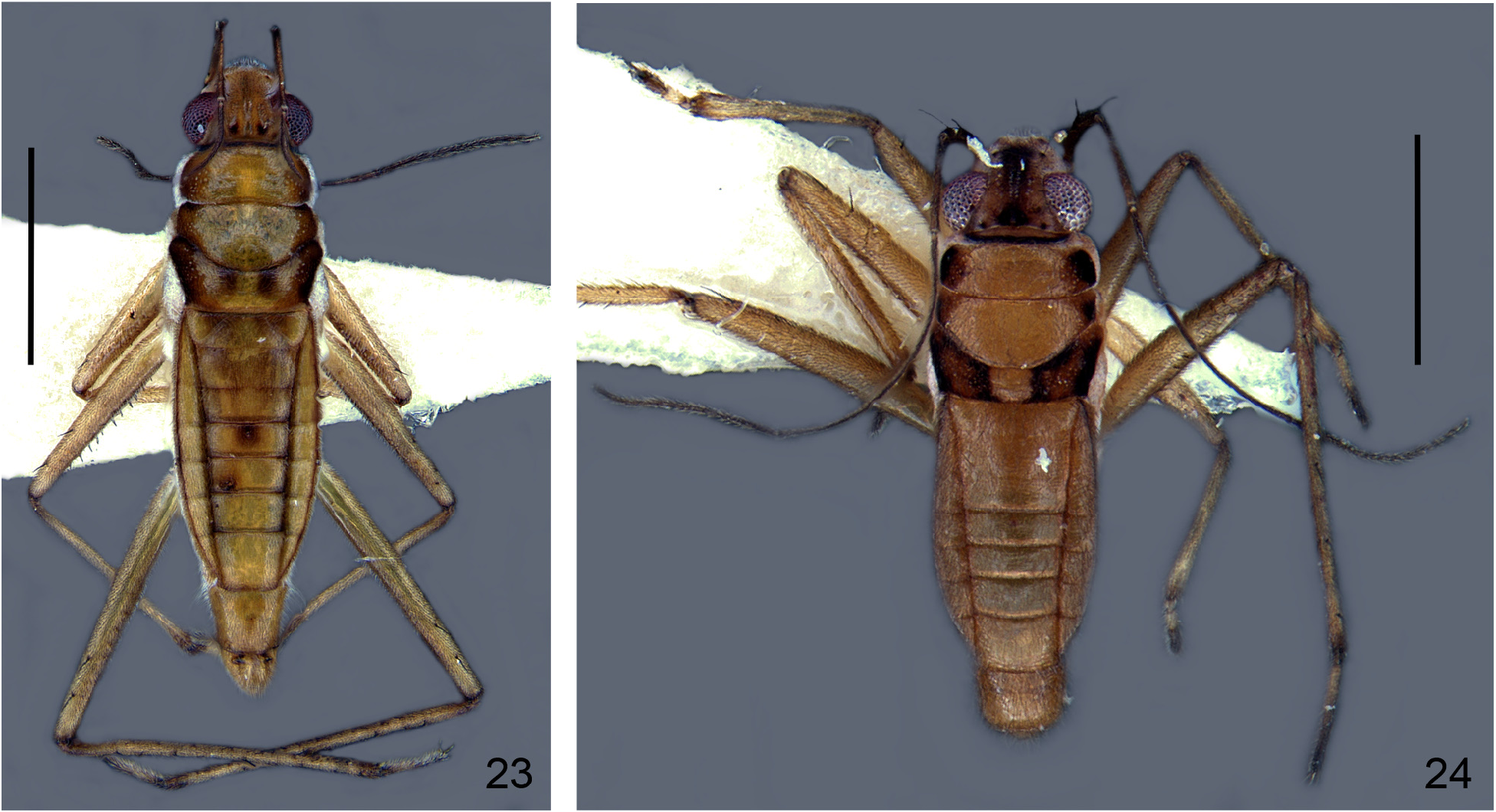 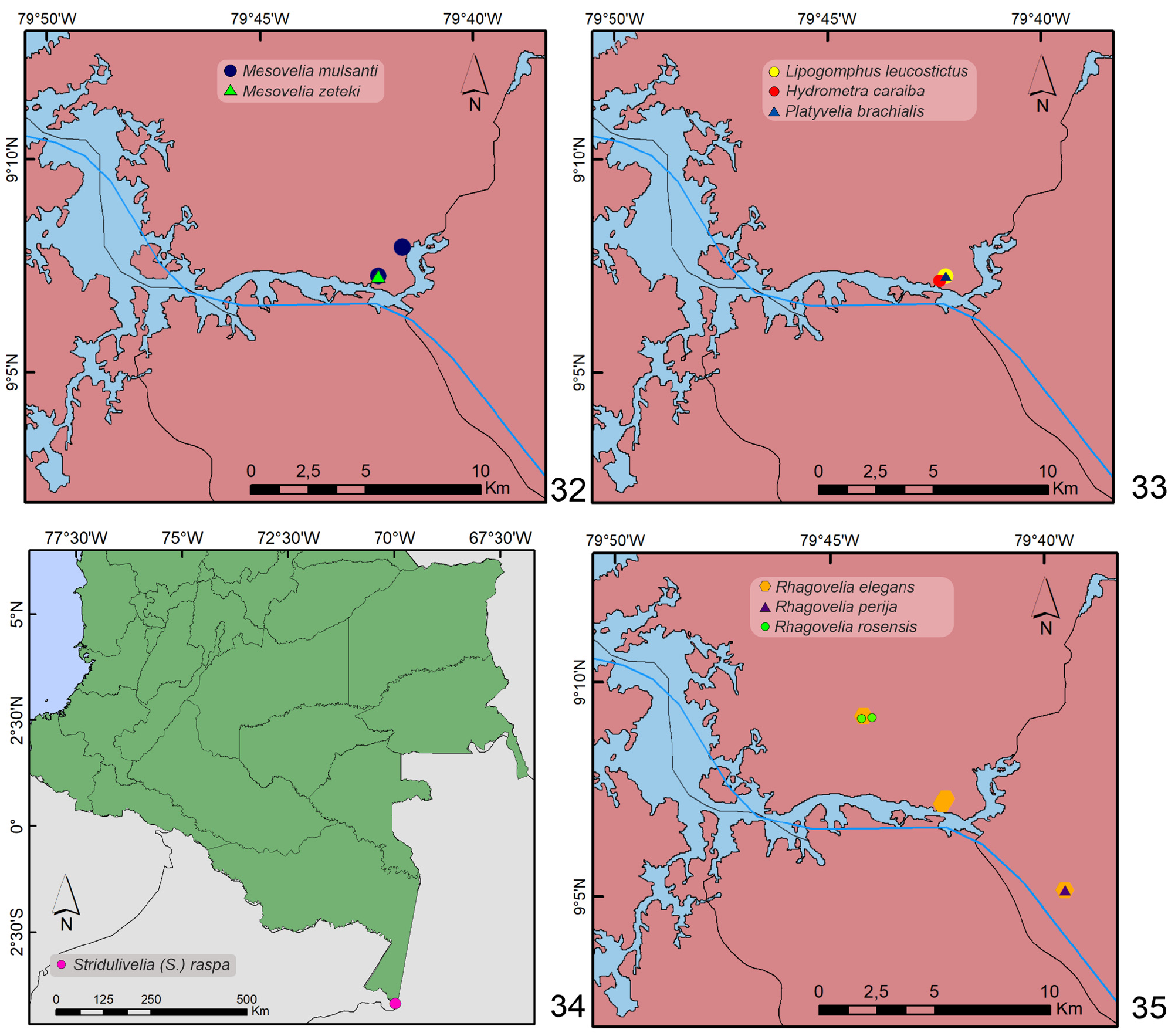