Diagnosis. The new species Parotocinclus pentakelis can be distinguished from all congeners (except P. dani Roxo, Silva & Oliveira, 2016 ) by a unique pattern of body coloration with five conspicuous dark bars, Figs. 1 View FIGURE 1 , 2 View FIGURE 2 , 3a View FIGURE 3 (vs. four or three in all remaining species of Parotocinclus ) and by absence of an adipose fin (vs. presence of an adipose fin). Additionally, the new species can be distinguished from P. dani by absence of a small platelet at the typical adipose-fin location (vs. presence of a small platelet at typical adipose-fin region), by absence of conspicuous dark dots broadly distributed on the body (vs. absence of this pigmentation pattern) and by absence of a triangular dark blotch at the anterior base of the dorsal fin (vs. presence of a triangular dark blotch). Additionally, the new species differs from all congeners from the coastal drainages of the Brazilian shield from south and northeastern Brazil by presence of a V -shaped spinelet (vs. rounded or rectangular spinelet).

Color in alcohol. Dorsal surface of head dark brownish, except for striking V -shaped yellowish tan mark from rostral plate passing through nares to anterior orbital margins. Background color yellowish-brown in dorsal and ventral portions of body. Five dark brownish bars, forming saddles in dorsal view, laterally most broad, sometimes forming a longitudinal stripe on sides of trunk, and crossing to ventral region: first located at dorsal-fin origin, second at end of dorsal-fin base, third at adipose-fin region, and fourth at caudal peduncle and the fifth at caudal fin origin. Dorsal, pectoral, and pelvic fins with dark chromatophores, forming irregular sets of bars: three on dorsal fin, four on pectoral fins, three on pelvic fin, and two to three on anal fin. Dark blotch of pigmentation on posterior portion of caudal peduncle that extends median portion of caudal-fin. Dark chromatophores forming irregular sets of bars at middle and at end of caudal fin.

Habitat. The new species was found associated with marginal vegetation of median size rivers, ( Fig. 5 View FIGURE 5 ) that is composed of grasses, shrubs and large trees. The waters where this species is found clear fast-flowing 50–100 cm near margins.

Etymology. The specific name “ pentakelis ” comes from the Greek penta (five) and kelis (stain) related to the color pattern of the body with four transverse dark bars. 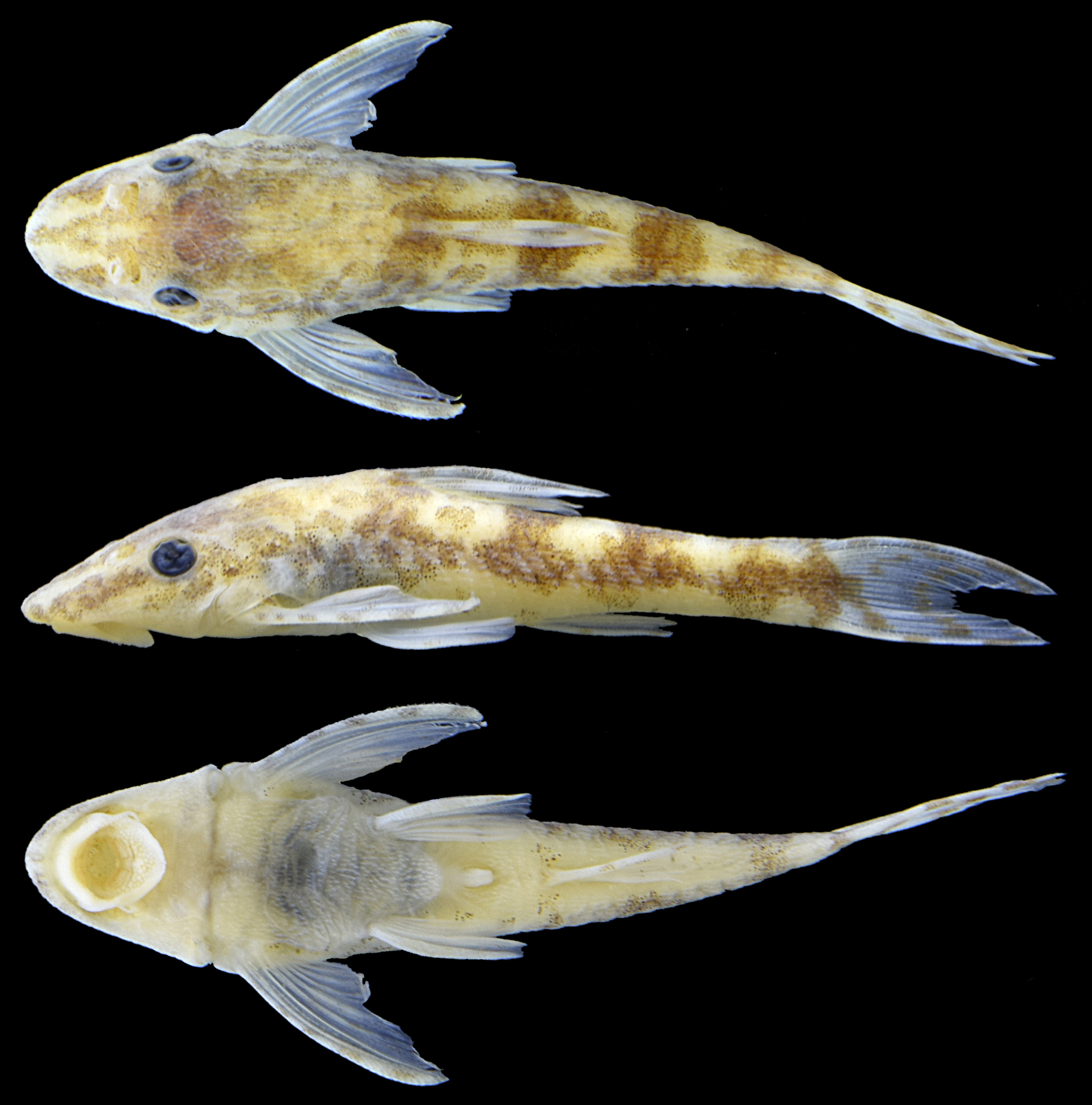 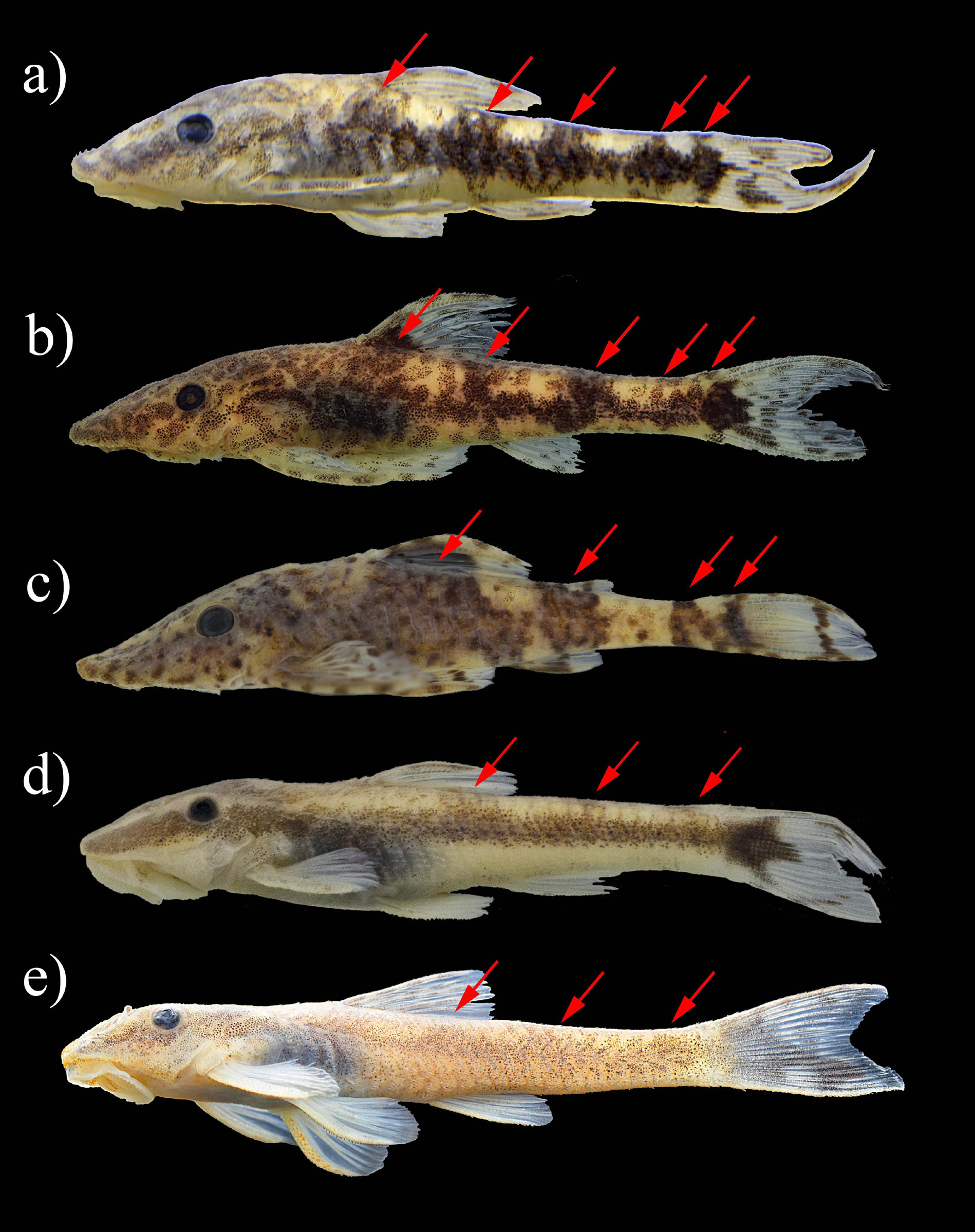