Distribution (Fig.6D). Commonly collected species, known from many localities in Queensland and NSW.

Remarks. Tessaromma nanum   is easily distinguished from other species by its smooth yellowish spot in front of eyes, small size and by the two obvious, closely aligned tubercles on the pronotum.

We were unable to find the types of Tessaromma nigroapicale Aurivillius   described from Cedar Creek (QLD) but based on the original description there is no doubt it represents a darker form ( Fig.3B View FIGURE 3 ) of the broadly distributed ( Fig.3A View FIGURE 3 ) T. nanum   . 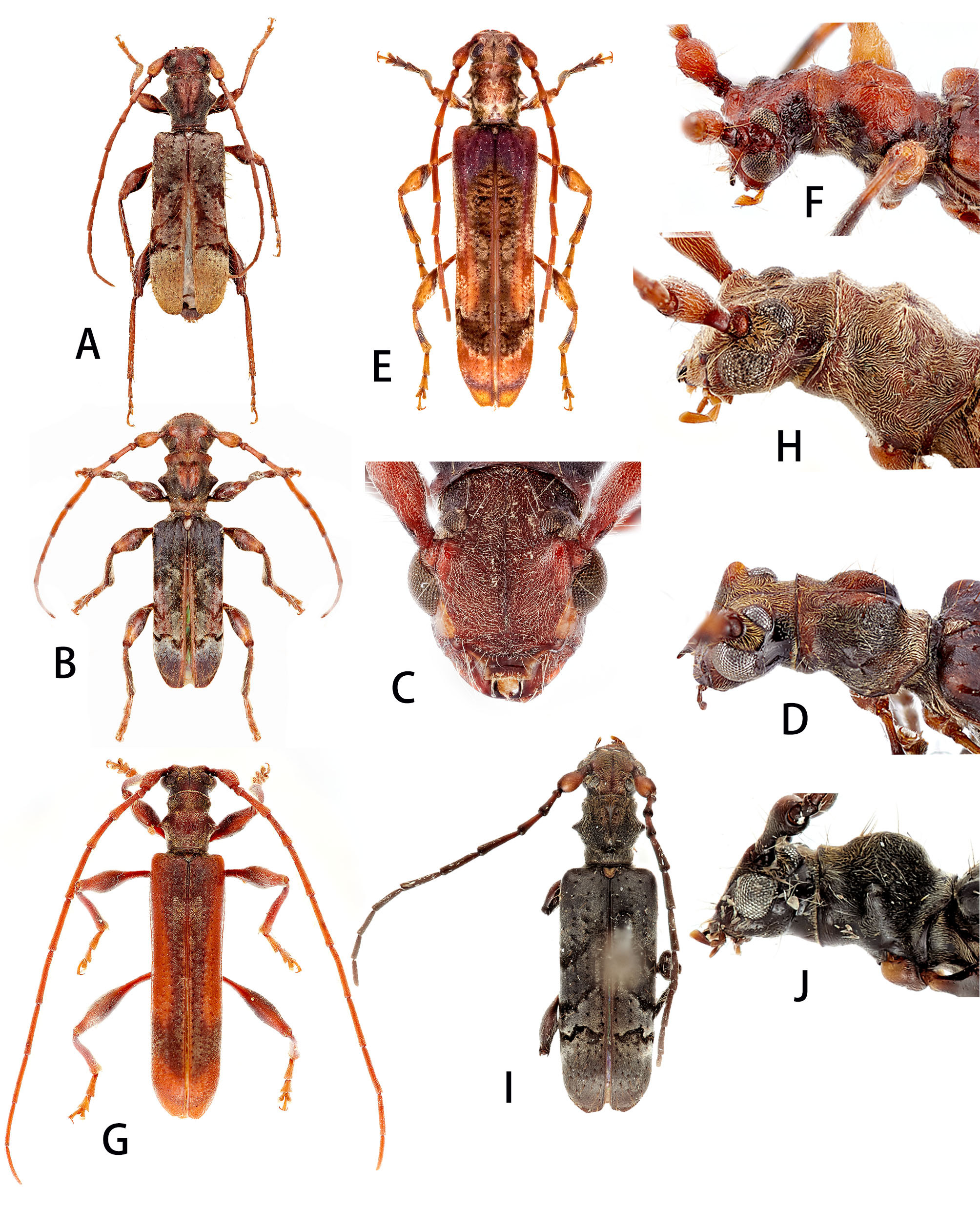