All type material was collected by G. Türkmen and N. Kazancı. Holotype and 12 paratypes are deposited in the collection of the Biology Centre of the Czech Academy of Sciences , Institute of Entomology , České Budějovice, Czech Republic. Four paratypes (2 larvae in EtOH and 2 larvae mounted on slides) are housed in the collection of N. Kazancı and G. Türkmen at Hacettepe University , Department of Biology, Biomonitoring Laboratory, Turkey.

Molecular analyses. Final alignment of COI gene fragment consisted of sequences with 631 base pairs. Of the 193 variable sites, 179 were parsimony informative positions. No insertions and deletions were identified.

The mean pairwise genetic distances between the newly proposed species E. (C.) turcicus  sp. nov. and all other Caucasiron  species included in the analysis ranged between 10.45% (species nigripilosus) and 16.95% (species alpestris).

Morphological diagnosis and affinities. E. (C.) turcicus  sp. nov. belongs to the subgenus Caucasiron  based on the presence of projections on the costal rib of gill plates II–VII and the medio-dorsal direction of hair-like setae located on the anterior margin of the head.

However, E. (C.) turcicus  sp. nov. is similar to several other Caucasiron  species occurring in the Caucasus and adjacent areas. The rounded hypodermal medial femur spot is characteristic also for the species E. (C.) nigripilosus and E. (C.) caucasicus (this may be less visible in the latter species and not emphasized in the description of holotype, see Braasch 1979: 294). The larvae of both species differ from E. (C.) turcicus  sp. nov. in the presence of a contrasting hypodermal colouration pattern on the abdominal sterna (see Braasch 1979: 284, figs 3b, 4b; Sinitshenkova 1976: 89, fig. 28). Additionally, E. (C.) nigripilosus differs by wider and apically rounded gill plate VII (in natural position from ventral view).

The larvae of E. (C.) turcicus  sp. nov. inhabit the hypocrenal and epirhithral zones of streams and brooks at relatively high altitudes (recorded in the alpine zone, between 2050 and 2388 m a.s.l.). The species was found in small-sized streams and brooks (approx. 1–2 m wide in the dry season and 1.5–3.5 m wide in the rainy season, at maximum depths of 0.1–0.5 m) ( Figs 21, 22View FIGURE 21–22). Like many other Epeorus  species, E. (C.) turcicus  sp. nov. is a rheophilic species and prefers a moderate to fast current (current velocity recorded from 0.33 m /s to 2.3 m /s) with rocky and stony substrate. The environment around sampling sites varied, from riverbanks fully covered by riparian vegetation (small or large leaved-plants) with 100% shade, to exposed with 0% shade.

The larvae of E. (C.) turcicus  sp. nov. were found in waters with a temperature range of 7–13°C. Therefore, the species was classified as a psychrophilic, preferring highly oxygenated water (concentrations of dissolved oxygen ranging from 9.8mg /l to 12.2mg /l, and the saturation of dissolved oxygen ranging from 87% to 102.2%). Electrical conductivity (spEC) values were 29–45µS/cm and TDS (total dissolved solid) values were 0.026–0.042 mg /l. All the values of physico-chemical variables mentioned above correspond to Class I water quality, according to the Legislation of Surface Water Quality Management of Turkey (Ministry of Forestry and Water Affairs, 2015). The pH values of the collecting sites ranged from 2.8 to 7.4. The lowest pH values were observed in localities CAM 8 and CAM 10 (sites 2 and 1, see section Type material) 2.8 and 3.7, respectively. These pH values correspond to Class IV water quality. We assume these values to be the result of the episodic acidification caused by melting snow mass. The melting period of the snow mass in the upper parts of the mountains was still in progress when the specimens were collected. Episodic acidification is a natural and a temporary situation observed in freshwater ecosystems, resulting in low pH values and high PO 4 -P concentrations during the melting period ( Davies et al. 1993; Jacks et al. 1986). Episodic acidification is a common phenomenon for the Eastern Part of the Black Sea Region ( Kazancı 2009b).

The TR-BMWP, a national-based biotic index (Kazancı et al. 2016), was also applied to the collecting sites. The biotic index scores of the collecting sites ranged from 119 to160, which correspond to Class I water quality in all sites. This also reflects that all sites have high ecological status and hosts very diversified macroinvertebrate assemblages. Therefore, considering the results of physico-chemical variables and habitat quality evaluations, all collecting sites of E. (C.) turcicus  sp. nov. are determined as reference sites. 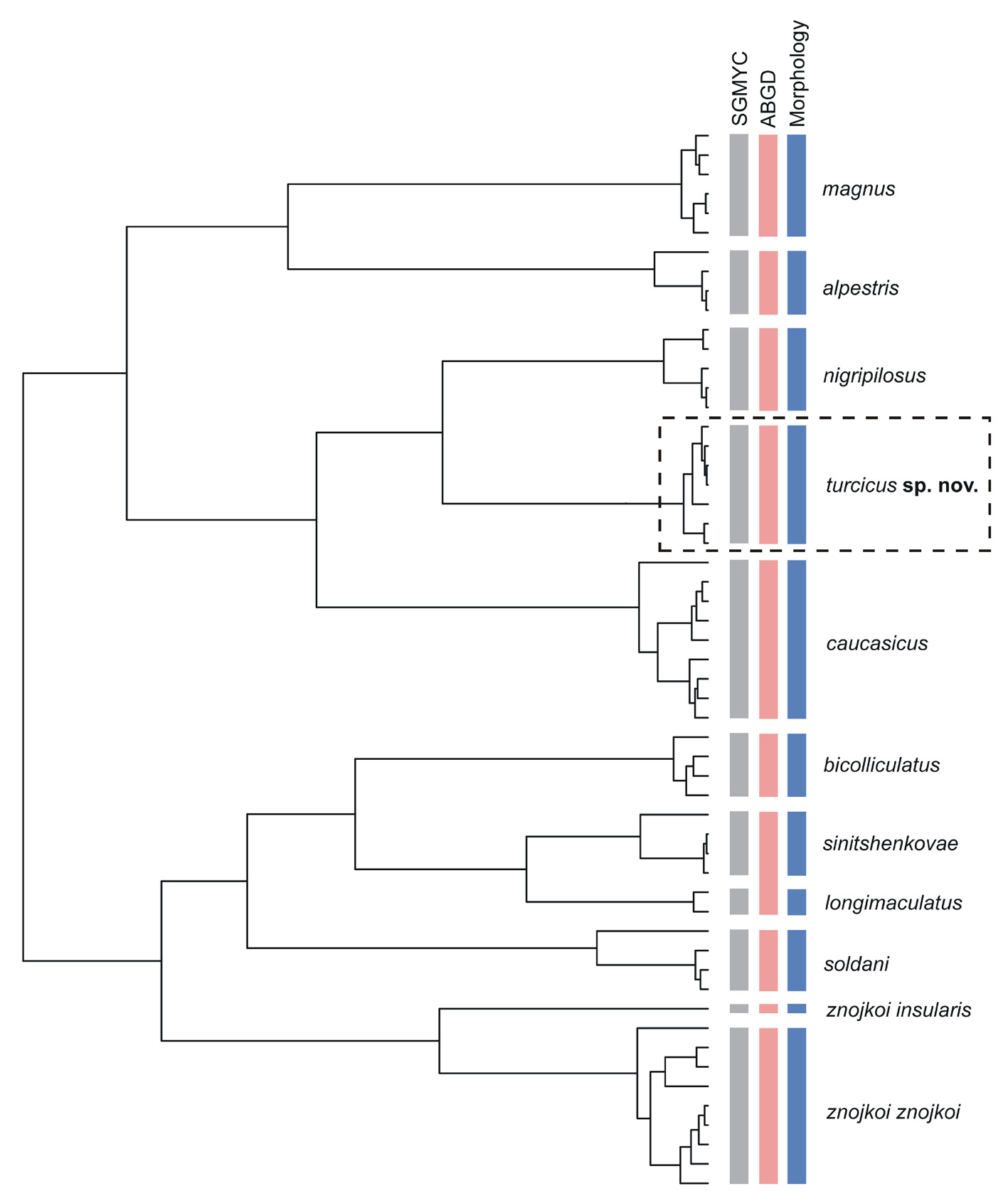 FIGURE 20. Sampling sites with records of Epeorus (Caucasiron) turcicus sp. nov. (locality numbers correspond to those given in parentheses in the list of material studied, arrow points to the area depicted on the larger map). 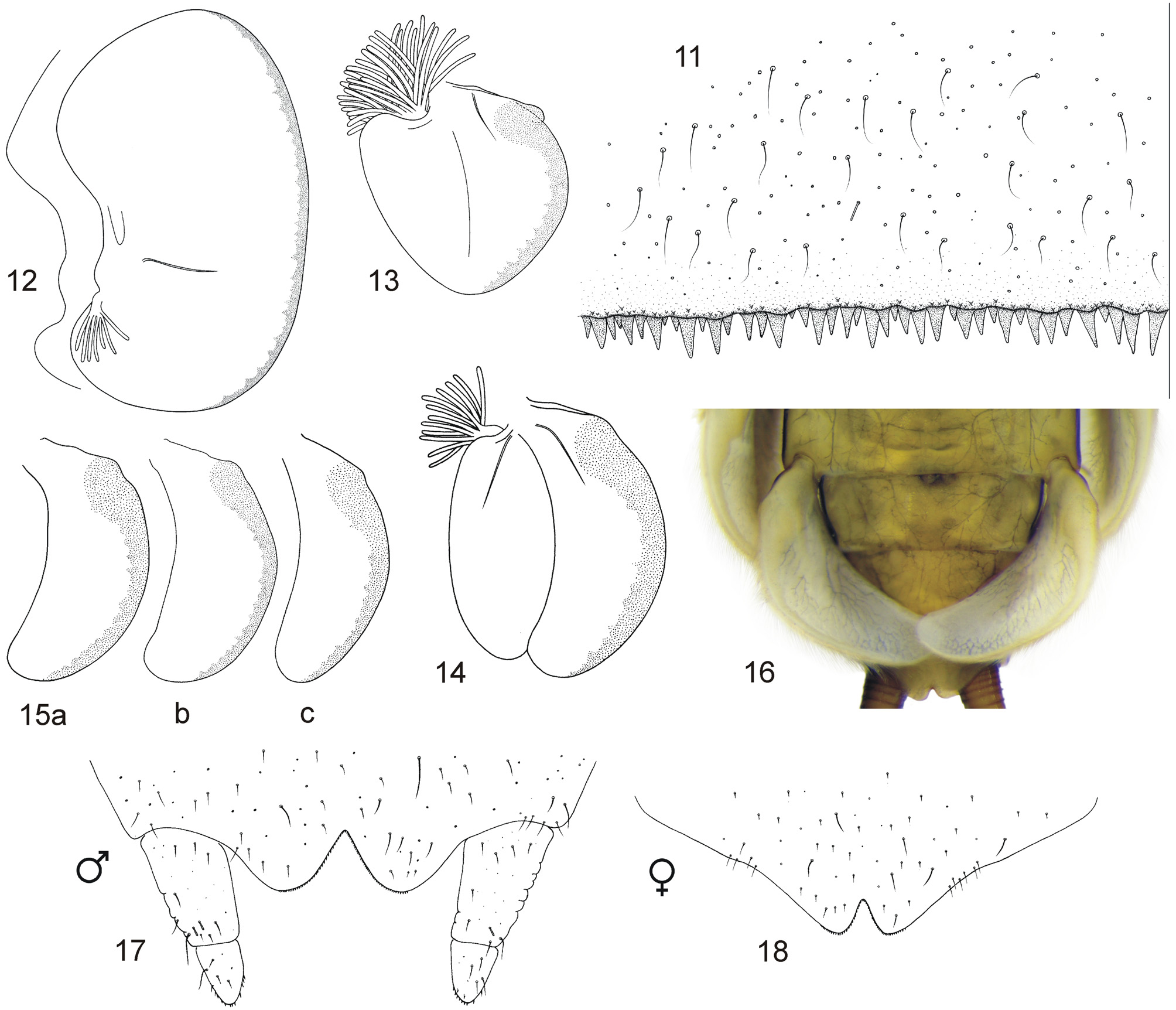 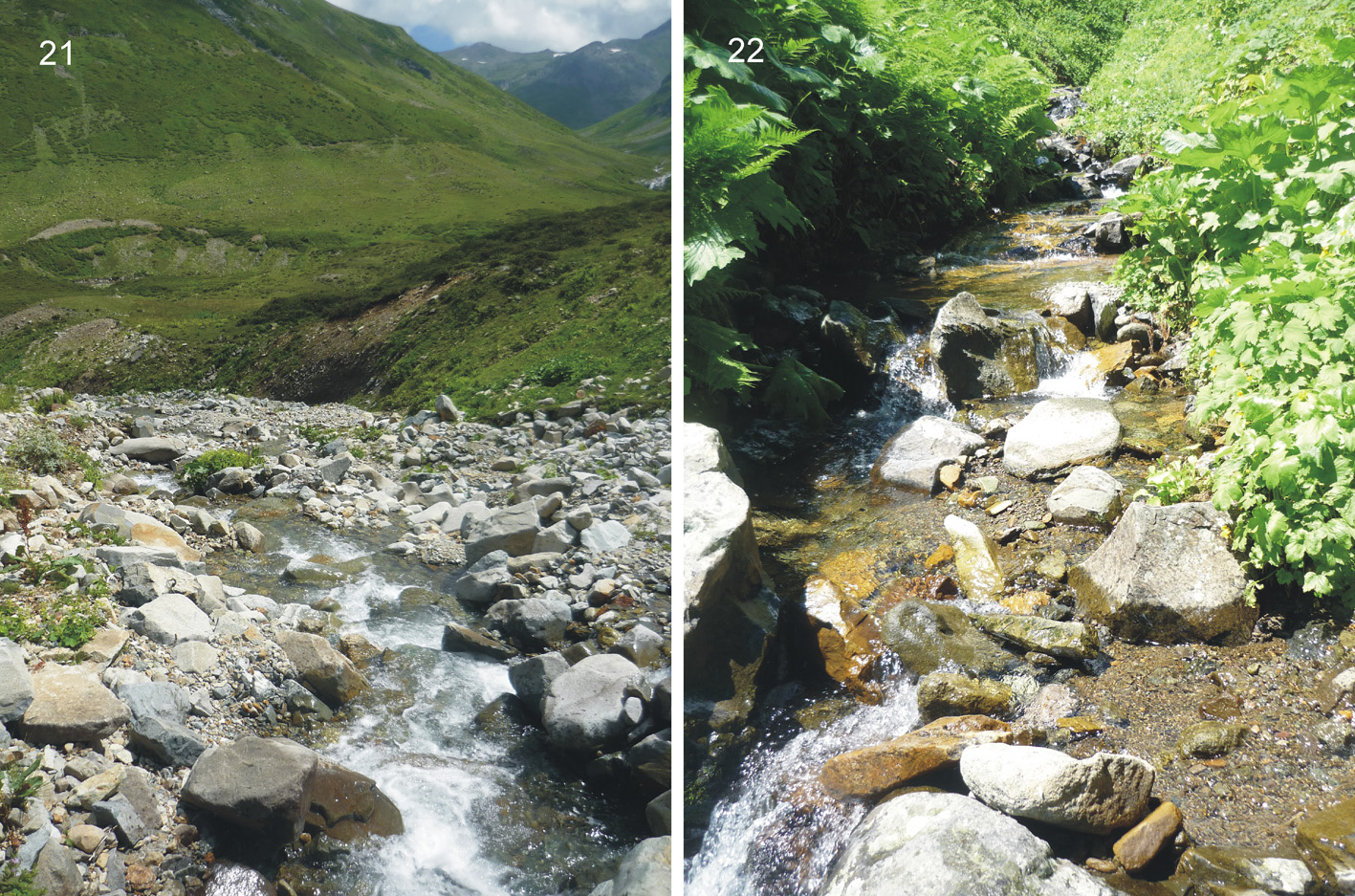