The species epithet " scheelea   " is used as a noun in apposition which is based on the genus of palm upon which the holotype was found.

With the attributes of the genus and angulicollis   species group as described above and adults without pronotal markings, pronotal surface rufotestaceous, elytron blackish-blue with metallic green highlights across the humeri and green points at some larger tubercles with lateral margin narrowly testaceous to latero-apical corner but not reaching sutural apex. Apical abdominal tergite mostly infuscated with narrow median testaceous stripe. Size smaller than H. shasta   adults.

Pterothorax: Normal for Agrina  , fully winged. Elytron intervals 3 and 5 each with (4)5 discal unisetiferous tubercles, interval 3 with one such tubercle near apex, other intervals moderately convex, side margin broadly explanate laterally only at middle third. Elytron broad and short, slightly narrower than the pronotum at the broadest part, apex truncate, slightly rounded with distal corner broadly and obtusely rounded, disc not significantly convex, basal third slightly depressed. All interneurs well-impressed.

These beetles are macropterous and probably capable of flight. They are moderately swift and agile runners. The holotype was acquired by insecticidal fogging of a Sheelea   palm.

The single known adult was found in May in lowlands (129 m.a.s.l.) in the secondary floodplain of igapó forests.

(Fig. 11 View Figure 11 ). This species is currently known only from the type locality in the lowland of Amazonian Perú.

The holotype will be deposited in UNMSM and is currently held in trust until the completion of studies at NMNH. 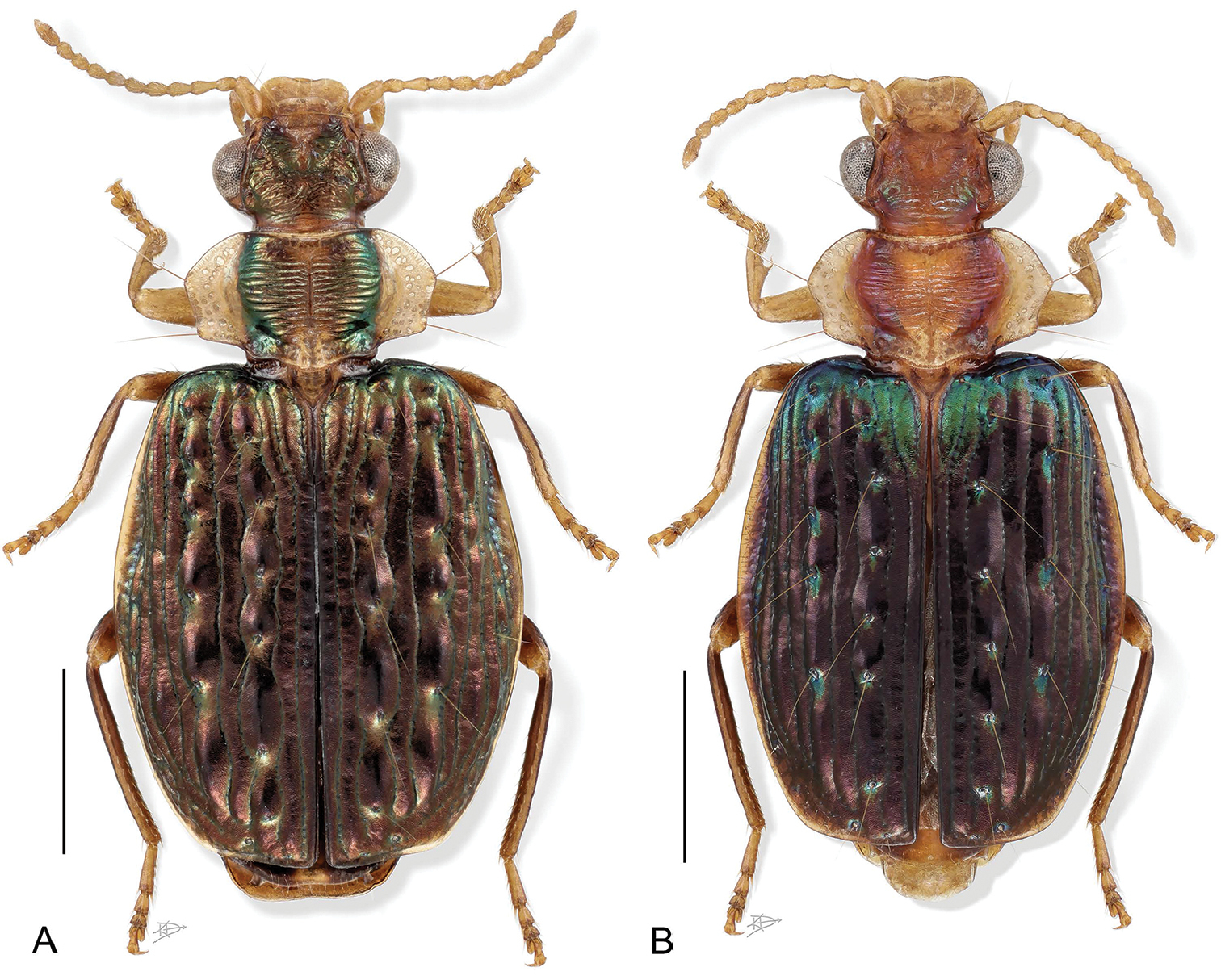