Etymology: The specific epithet (Latin, adjective: of a finger) alludes to the shape of one of the internal structures of the aedeagus.

Description: Body length 2.2–2.3 mm; length of forebody 0.9–1.1 mm. Habitus as in Fig. 12View Figs 1–19. Coloration: body black; legs dark-brown to blackish-brown with the bases and apices of the tibiae and all of the tarsi pale yellowish; antennae black.

Pronotum ( Fig. 13View Figs 1–19) small, approximately 1.2 times as broad as long and 1.1 times as broad as head; punctation and microsculpture similar to those of head; pubescence white, directed transversely laterad in lateral portion and apparently (difficult to assess in type specimens) anteriad in anterior third and posteriad in posterior two-thirds of midline.

Elytra ( Fig. 13View Figs 1–19) approximately 1.2 times as long as pronotum; punctation and microsculpture similar to those of head and pronotum.

Distribution and natural history: This species is currently known from two localities, one in West Crete and one in the east of the island. The specimen from East Crete was recorded as Atheta (Microdota)  sp. by ASSING (2013). The specimens were sifted from litter at an altitude of 1110 m (specimens from the type locality) and from grass, litter, and moss near snowfields at an altitude of 1170 m (male from Dikti). 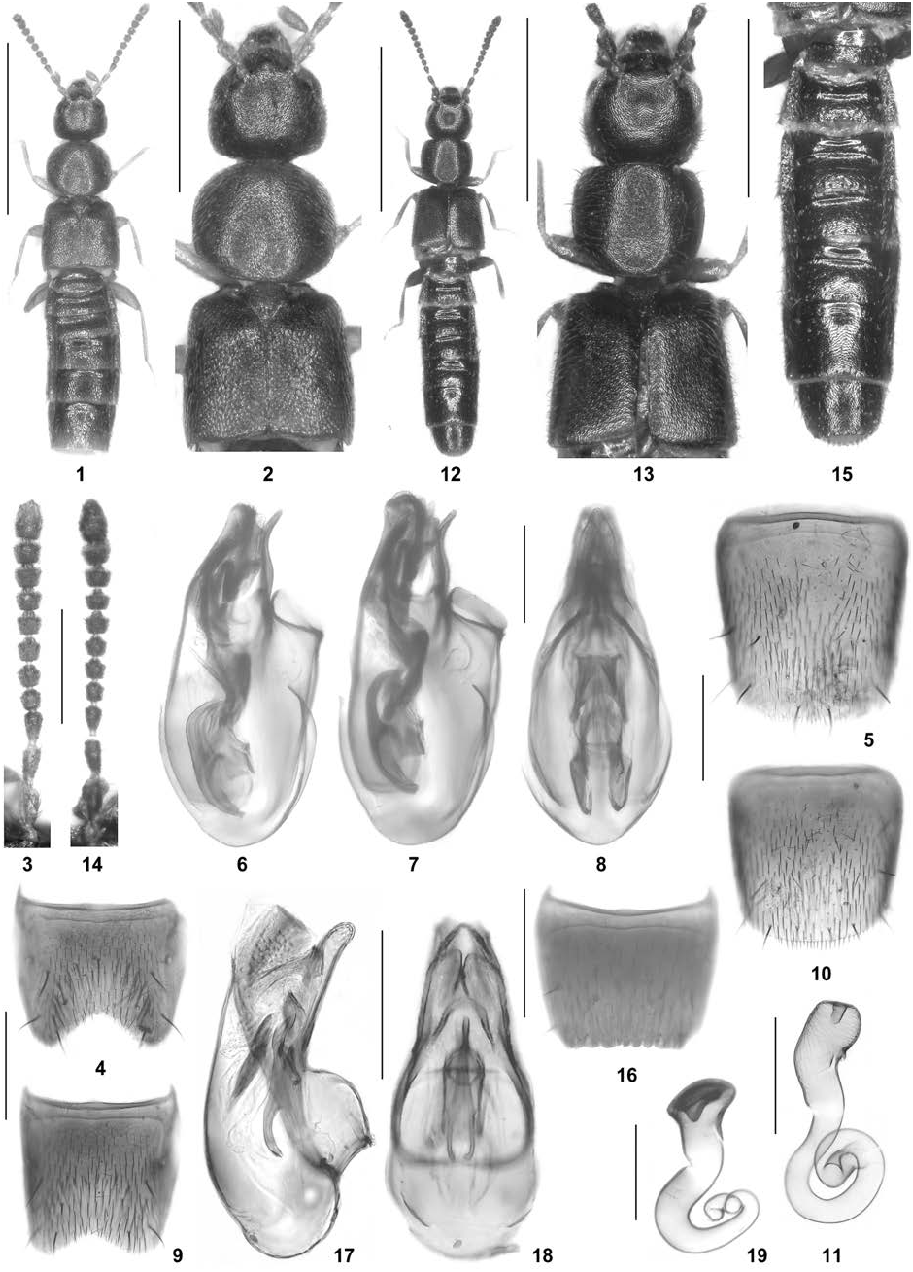