Mexico to Southeastern Brazil, being found in the understory of preserved rainforests, in the Amazon and Atlantic domains, as well as in gallery forests in the Cerrado biome. It is a rare species in the Atlantic Forest and Cerrado biomes, with most of its collections being from the Amazon Forest.

As abovementioned, C. rufipes   is locally rare in the state of Rio de Janeiro and not as frequent in the field as the blue flowered species of the genus. Despite its wide distribution, it seems to occur only in preserved rainforests, forming dense but isolated populations. Data regarding its reproductive cycle would be of great value for this species’ conservation. Following the IUCN recommendations ( IUCN 2001), C. rufipes   as currently circumscribed should be considered as Least Concern (LC) in its worldwide distribution.

We currently accept two varieties within this species (sensu Faden & Hunt 1987). The floral morphology of both varieties of C. rufipes   is poorly understood as little reproductive material exists. However there seems to be no morphological overlap in vegetative characters and very little overlap in their distributions. Further biosystematic study, focusing especially on floral morphology, would be most useful in evaluating their boundaries and taxonomic status. 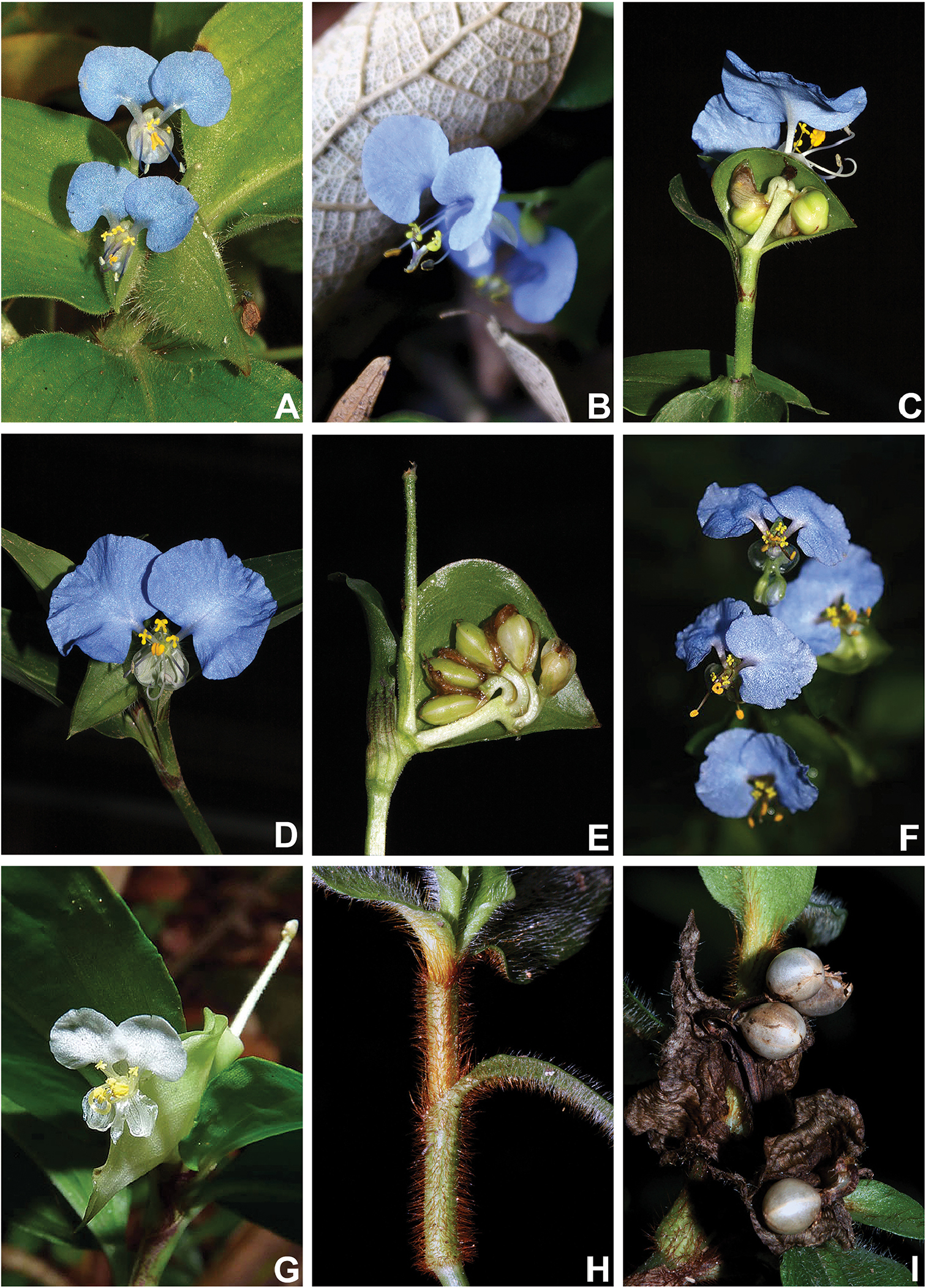