Moser (1913) did not define the type series, seeing an unknown number of specimens (vide Articles 73.1.2, 72.1.1) but he gave a range of body lengths and noted the different lengths of the antennal clubs of males and females. Britton (1978) located two specimens in ZMB from type locality of Cooktown and designated the male with the aedeagus dissected and mounted the lectotype. He did not specifically designate the second specimen (gender not stated) as a paralectotype. Houston & Weir (1992) listed a male paralectotype in ZMB, but I presume that they mistakenly thought that the second specimen seen by Britton (1978) was a male. There are three additional specimens from Cooktown in ZMB, but these were not labelled at types by Moser. 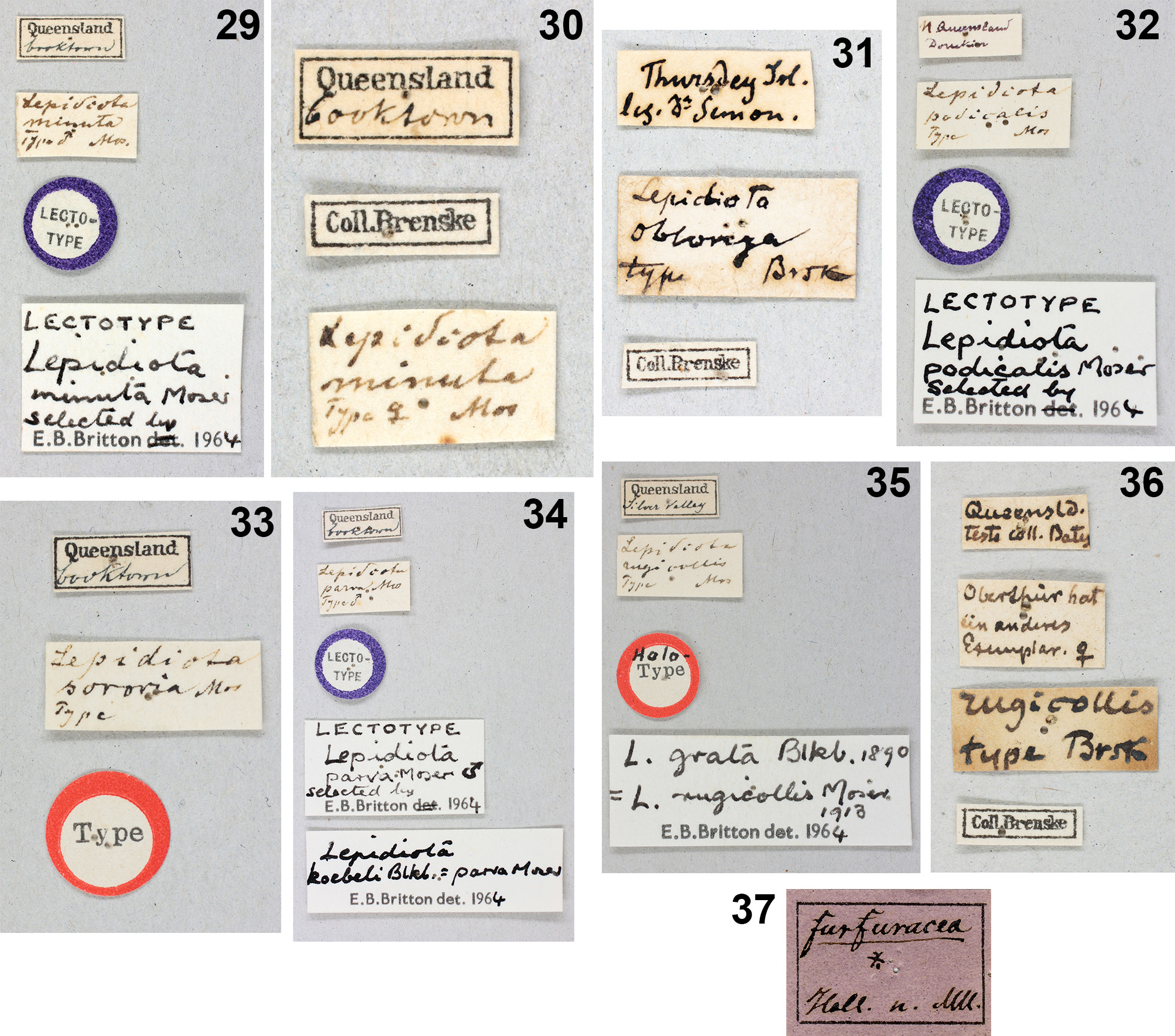