Hemi-epiphytic herb. Stems dark green, 6.8-8.0 mm thick, terete, smooth, the internodes 8.0-9.3 cm long. Young aerial roots greenish to greyish, subterete to Fattened, 4.2 mm thick. Leaf shortly petiolate, the petiole ca. 10 mm long, blade oblanceolate, acuminate, the apex incurved, base subobtuse, the basal margin revolute, subcoriaceous, pale green with a central concavity, 16.5-24.6 × 4.0-5.5 cm. InForescence terminal, sometimes lateral with pale green rachis of 12-40 cm in length and 0.7 cm in thickness with white dots in the epidermis, a shortly pedunculate raceme, the rachis congested, with up to 150 Fowers, with bracts distant up to 6 mm. Bracts pale green, basal ones alternate distichal. Distal bracts ovate and concave, 3-4 × 5 mm. Ovary subterete to sub-trigonous, curved, pale green with white base and white dots in the epidemis, 45-55 mm length and 4.5 mm in diameter, white in the base and pale green in the rest. Flowers ephemeral with 2-4 open simultaneously, conspicuous with buds pale yellow at base, apex green, 10-12 cm diameter when spread out, aroma of rose and clover Fowers; sepals yellowish green outer, whitish yellow inside, basal surface of the lip yellow, mid lobe and throat yellow lined dark yellow-ochre; the segments spreading, strong rose fragrance. Dorsal sepal yellowish green, deeply recurved, long-lanceolate, narrow at the base, apex sub-acute and sub-calyptrate, with 13 veins, of equal length to lateral sepals, 68 × 8-10 mm. Lateral sepals directed downwards, long-lanceolate, subacute, base long attenuate, lateral sepals fused in the proximal third of the length; with 13-14 veins, very smooth, 67 × 8-11 mm. Petals pale yellow to cream, slightly recurved at the apex, narrowly elliptic-oblanceolate, obtuse, concave, narrower than the sepals, longitudinally keeled on the abaxial surface, the keel broad and conspicuous, 7-8 veins, 68 × 9 mm. Lip showy, 66 × 35 mm forming a long tube, marginally fused to the column at least 40-42 mm, with 30 veins; when spread out trilobed with the midlobe oblong, bilobulated, the lateral lobes well defined with rounded shoulders, overlapping above the column, oblong-triangular to sub-square, tapering at apex, with thickened axial cushion near the lip apex ca. 6 × 23 mm with 7-8 thickened keels with papilose texture extended to the lateral lobes. The margin of the lip is sub-entire and Fabellate; slightly verrucose at the base with brownish papillae, the apex somewhat narrowed and forming a cushion, the penicillate callus 4.5 × 6.0 mm covered by 4 yellow showy lacerate structures of scales thickened in the distal portion, separated 44 mm from the lip base. Column subterete, elongated 45.0-49.0 × 2.6 mm, yellow whitish, with brownish tricomes in the distal ventral part; membranous wings 5.3 mm; bilobed stigma with rectangular emergent lobes, 1.2 × 1.1 mm. Anther versatile, ovate, 3 × 2.6 mm. Fruits elongated, pale green, subtriangular with white dots in the epidermis. 130-180 × 11 mm, dehiscent when mature into two valves, with a strong vanilla aroma detectable over more than 200 m.

DISTRIBUTION: Known only from the Pacific coastal region in the Valle del Cauca, and Chocó Departments, Colombia. The species has been observed occurring naturally in the wild in small isolated populations, mainly in regenerating secondary growth forest. Known populations comprise between one and twelve apparently separate plants. The largest population of twelve plants occurs over an area of 25 Ha. Localities have been identified up to 300 km apart. The association with secondary forest may be a consequence of sampling bias, as most exploration has been conducted close to populated regions. It is likely that, with further exploration of the Colombia Pacific region, particularly away from settlements along the coast, more populations will be found. The known localities will not be mentioned explicitly so as to protect the small populations of this species from the threat of collection from the wild.

EPONYMY: This species is dedicated to Luis Álvaro Rivas, a local farmer committed to sustainable agricultural practices and biodiversity preservation.

The type specimen consists of the collection R. T. Gonzalez 1118 from Buenaventura, and N. H. Ospina 466 from Bahia Malaga, with pictures taken by F. Molineros-Hurtado.

Vanilla rivasii Molineros-Hurtado, González, Flanagan & Otero  belongs within Vanilla  subgenus Xanata. Vanilla rivasii  has affinity to the V. hostmannii  group, possessing the thickened veins in the lip apex and the distichous arrangement of the basal bracts of the inForescence characteristic of this group. Vanilla rivasii  may be distinguished from the other Vanilla  species in the group by the frequent terminal position of the inForescence, although occasionally this can be lateral. The bracts of the inForescence are smaller than those of related species such as V. cribbiana Soto-Arenas  , V. ruiziana Klotzsch  , and the sympatric V. dressleri Soto-Arenas. Flowers  are larger, with deeply recurved sepals. The lateral sepals are fused in the basal third. The mid-lobe of the labellum is conspicuously bilobulated with a thickened axial cushion near the apex bearing 7-8 thickened veins with papilose texture extending into the lateral lobes. Vanilla rivasii  is morphologically most similar to V. cribbiana  but differs from this species in the fused lateral sepals in the basal third, the bi-lobed shape of the central lobe of the labellum and the greater number of thickened veins. Vanilla rivasii  differs from the sympatric species V. dressleri  in the tri-lobed labellum and non-granulose sepals. Additionally, the living Fower of V. rivasii  has much less conspicuous orange longitudinal stripes on the labellum than those of V. dressleri  . Vanilla rivasii  is more heliophytic than V. dressleri  , with subcoriaceous, deep green, smooth leaves. It differs from V. ruiziana  from Peru and Bolivia which has an ovate mid lobe of the lip, and 1-3 thickened veins on the lip apex. Vanilla rivasii  plants have been documented with terminal inForescences producing up to 150 Fowers (less in lateral inForescences), compared with a maximum recorded for V. hostmannii  of 60, and for V. cribbiana  , and V. dressleri  of ca. 10, and rarely up to 30 Fowers. Mature fruits are dehiscent. FIGURE 1. Vanilla rivasii Molineros, Rob. González, Flanagan & J. T. Otero. A — Habit. B — Portion of the stem with leaves and root. C — InForescence with Fowers and fruits. D — Dissected perianth, with details of the indumenta. E — Column, ventral view, with detail of the ventarl indumentum. Prepared from the holotype by Robert Tulio Gonzalez. Drawing by Nhora Helena Ospina Calderón. 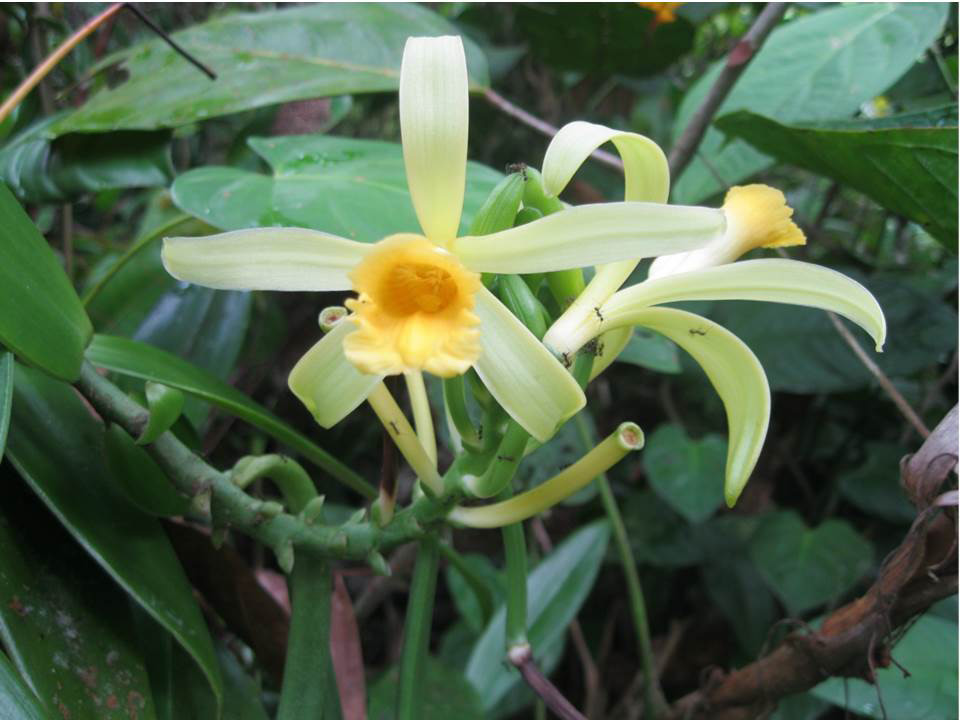 FIGURE 2. Vanilla rivasii, photograph of the Fower in situ. Photo by F. Molineros-Hurtado.