Margin. Most marginal setae stoutly spinose, each about 22 (18–25) µm long, with a blunt apex and a large basal socket; with about 10 (10 or 11) setae on each side between stigmatic areas; spinose setae replaced by long flagellate setae on anterior and posterior margins, length of each long seta about 96 (70–110) µm long. Stigmatic clefts broad and shallow, each containing a group of 5 (4–6) stigmatic spines; each spine bluntly spinose, similar in shape to marginal spines but more rounded apically; each spine 8–22 (12–28) µm long. No eye spots detected.

Etymology. The specific name is based on the name of Fars province in Iran, where the specimens were collected, combined with the Greek suffix ‘ -icus ’ denoting ‘belonging to’.

Biological notes. Ericerus farsicus   appears to be univoltine, with one generation during the summer, and presumably overwinters as second-instar nymphs on young stems; the number of developmental instars is not known. The adult female appears in early March in Iran. The species has been recorded as a pest in the main figcultivating area in Estahban, Fars province, Iran. In recent years, a severe and prolonged drought has persisted in the Estahban area, forcing the fig farmers to abandon traditional rain-fed cultivation and irrigate their fig orchards manually. This climatic change has resulted in increased severity of fig-tree infestation by E. farsicus   . 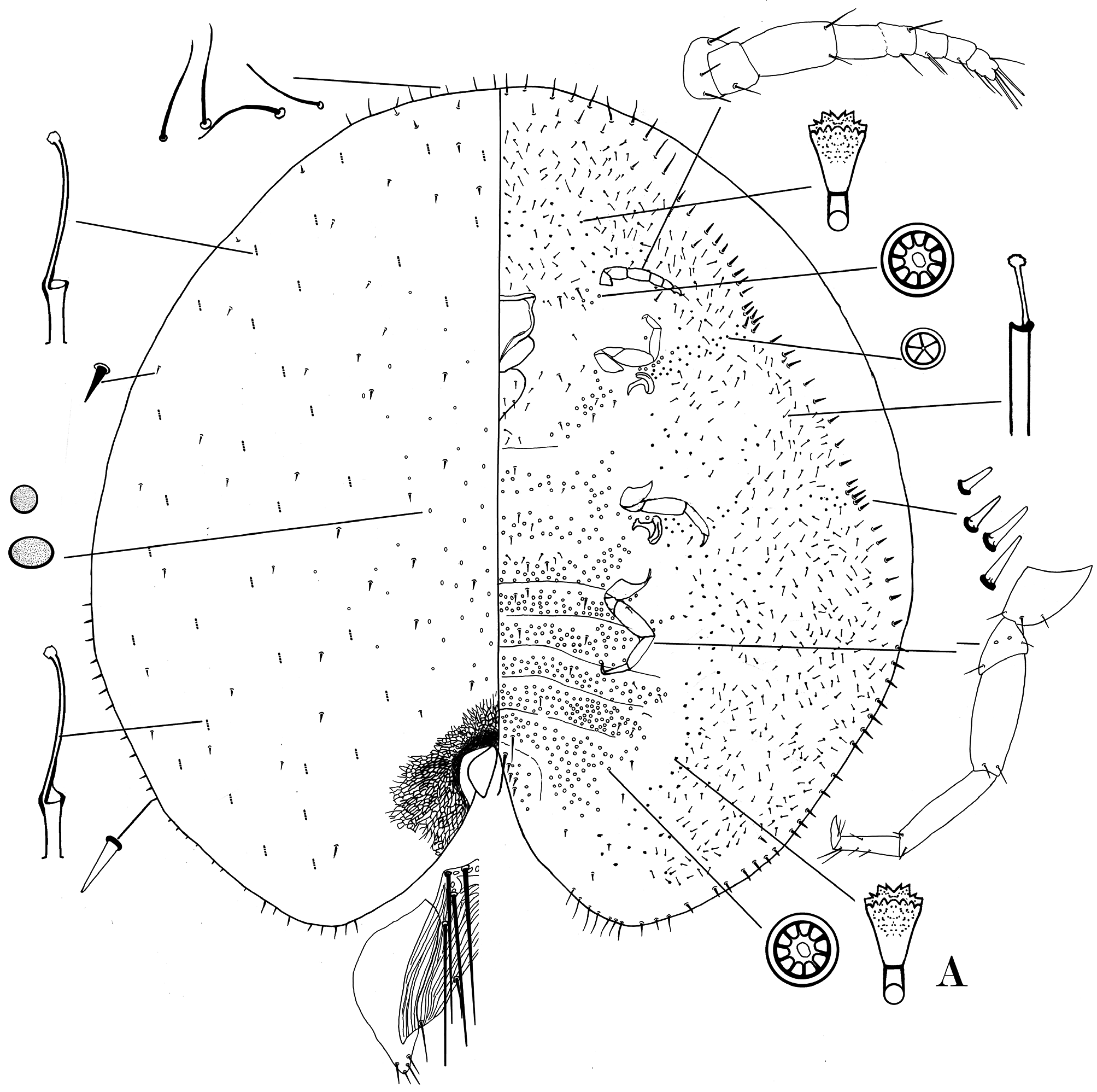