E t y m o l o g y: The specific epithet (Latin, adjective: with two horns) alludes to the conspicuous pair of processes at the base of the ventral process of the aedeagus.

C o m p a r a t i v e n o t e s: In general habitus, elongate maxillary palpi, and dense punctation O. bicornuta   is similar to the sympatric (present also in Karpathos), widespread, parthenogenetic O. lurida   , from which it differs by slightly larger body, darker antennae, the usually more colourful appearance (head more strongly contrasting with the paler pronotum and elytra; elytra bicoloured), the wing dimorphism, and by the presence of males. The spermathecae of both species are nearly identical in shape, but that of O. lurida   is only weakly sclerotized. Based on the similar, undoubtedly synapomorphic, modifications of the aedeagus (median lobe with pair of process at base of ventral process and with strongly projecting crista apicalis; paramere of enormous size and with strongly developed velum), O. bicornuta   is most closely related to a species from southern Turkey, which is described in an appendix to this article. For characters distinguishing both species see the description in the appendix.

Oxypoda bicornuta   is tentatively assigned to Atlantoxypoda   ZERCHE, 1996, based on the general resemblance to O. lurida   , which is currently included in this subgenus, too.

D i s t r i b u t i o n a n d n a t u r a l h i s t o r y: The specimens were found in six localities in the southern part of the island (northwards to the environs of Spoa). Two specimens were collected from under stones in a plateau with grass and phrygana vegetation, the remainder was sifted from litter and herb roots beneath old pine trees and in a stream valley. The vast majority of specimens (17 exs.) was found in the type locality by sifting pine litter and herb roots beneath an old pine tree in the shade of large rocks ( Fig. 22 View Fig ). The altitudes range from 230 to 870 m. Eight of the specimens are macropterous, the remainder brachypterous. 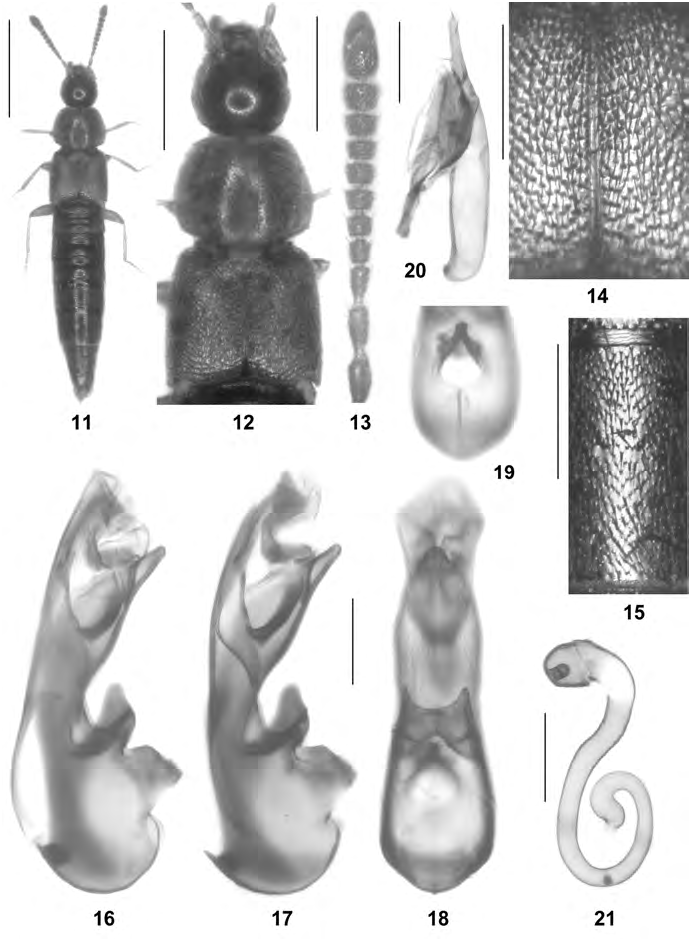 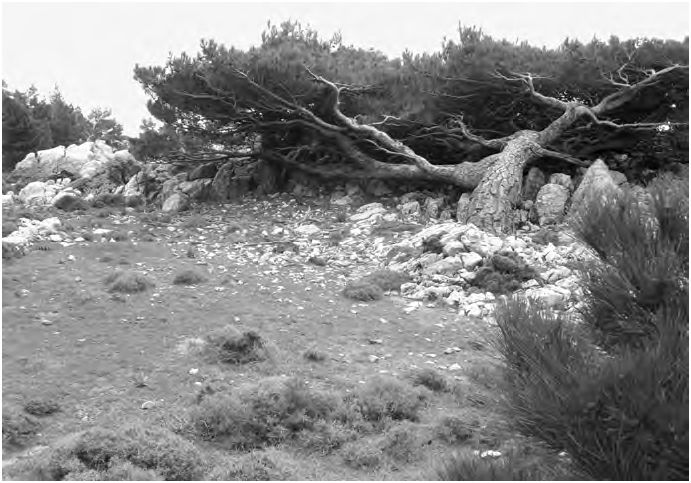