C o m m e n t: Oxypoda schminkei   was described from a single male collected in the Baba Dağ in Muğla, southwestern Anatolia ( ASSING 2004c), and had never been recorded since. The two specimens, a male and a female, listed in Tab. 1 are distinguished from the holotype of O. schminkei   by a slightly different shape of the ventral process of the aedeagus and by a somewhat narrower head (in relation to pronotum), so that they were first suspected to represent a distinct species. However, a thorough comparison of the material from Karpathos with the holotype revealed no further evidence that would confirm this hypothesis, so that the observed differences are attributed to intra- rather than interspecific variation. The external sexual characters, including the previously unknown spermatheca, of the material from Karpathos are illustrated in Figs 1-9 View Figs 1-9 . Both specimens were collected on a calcareous plateau with scattered grassy patches and low phrygana by turning stones ( Fig. 10 View Fig ). 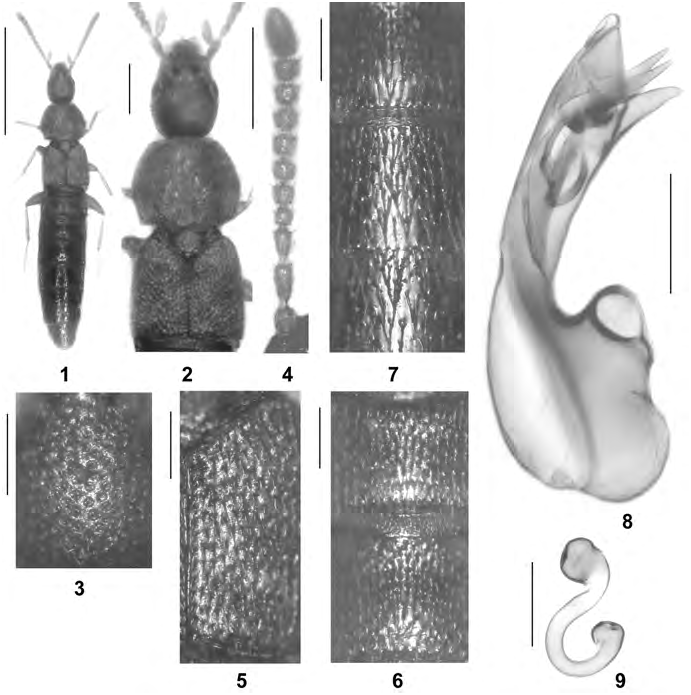 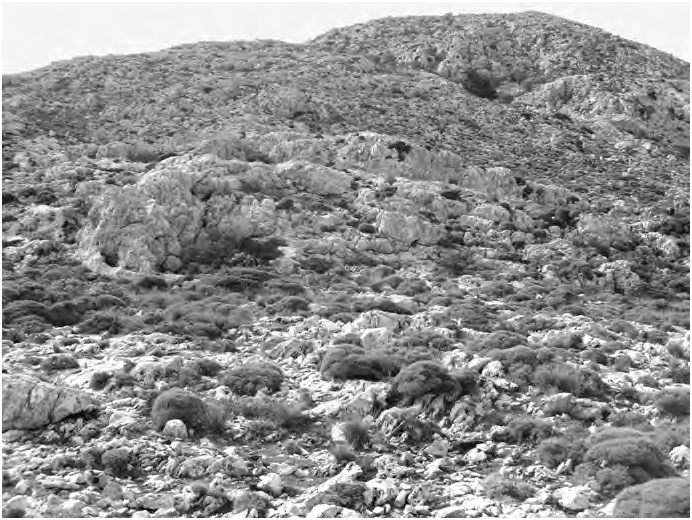