Head (including eyes) strongly transverse, 0.28 mm broad and 0.20 mm long, 0.9 times as broad as pronotum, distinctly tapering behind eyes; supra-antennal elevations weakly pronounced; between eyes with a large impression on either side, these impressions gradually becoming deeper mediad and posteriad, posteriorly delimited by an oblique carina (completely visible only when head is fully protracted) ( Fig. 36 View Figs 32-37 ); anterior end of each carina with a cluster of few minute setae. Eyes large and prominent, composed of approximately 20 ommatidia, twice as long as postocular region in dorsal view.

Pronotum ( Fig. 36 View Figs 32-37 ) weakly oblong, 0.34 mm long and 0.31 mm broad, broadest at anterior two-fifths; pubescence long, directed posteriad in anterior half and mediad in posterior half; basally only with two more or less minute pits separated from each other by a greater distance than from the posterior margin; lateral margins anteriorly straight or weakly concave in dorsal view; anterior angles weakly prominent, between them with short setae at anterior margin directed towards the middle of anterior margin.

Female. Characters as in male, except as follows: dorsal surface of head weakly convex in cross-section, without impressions and carinae; eyes slightly smaller, less prominent, composed of approximately 15 ommatidia; pronotum anteriorly with smoothly convex lateral margins in dorsal view, not angled and without special setae at anterior margin; pronotum in one female as long as broad.

C o m p a r a t i v e n o t e s: This species is readily distinguished from all described congeners by its bicoloured body, the long and erect pubescence, and the male secondary sexual characters on the head and the pronotum. The latter are unique among the species of the genus.

D i s t r i b u t i o n a n d n a t u r a l h i s t o r y: This island endemic is currently known only from one locality ( Fig. 31 View Fig ), which is identical to the type locality of Cephennium kerpense   and Euconnus kerpensis   . 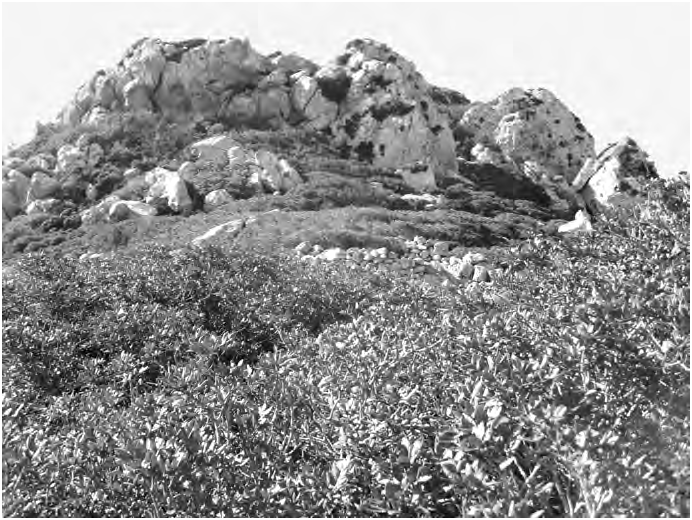