The protologue of Banksia spinulosa   var. neoanglica quotes the type:

No specimens so labelled have been located in NSW, BRI, CANB or MEL herbaria after repeated searches. Alex George (pers. comm. 2010-2011) could find no specimens in PERTH and he believes it likely that specimens were never distributed. Accordingly, we have nominated a neotype, collected from the same population as the type.

Grows in sandy soil on granite and acid volcanics, rarely on basalt, in Eucalyptus   open forest ( Figure 6 View Figure 6 ), woodland and heath at altitudes of 850-1480 m. The species is sympatric with Banksia integrifolia   subsp. monticola throughout its range, with Banksia marginata   sensu lato on the Gibraltar Range and with Banksia conferta   in the Daves Creek area.

The growth forms that Banksia neoanglica   assume appear to be dependent upon the exposure to fire ( Whelan and York 1998). In areas where there have been no fires for more than 15 years, such as Lamington National Park, Queensland, and some parts of Gibraltar Range, New South Wales (pers. comm. Justin Kreis 25 May 2010), a single-stemmed habit is found. Here, the lignotuber is present as a stem thickening just above or jus t below the soil surface, and branchlets may sprout from epicormic buds up to 30 cm above the ground. This single-stemmed form of Banksia neoanglica   behaves like an obligate seeder with a heavy infructescence load and follicles open spontaneously without fire. More commonly the plants are multi-stemmed, with up to 2-8(-10) stems from a subterranean lignotuber carry a much lower infructescence load, usually 1-3(-5) infructesences per plant. Fire is required to open the follicles.

The species is widespread, often locally common, and is not considered at risk. It is conserved in several reserves: Lamington, Springbrook and Girraween National Parks in Queensland, and Boonoo Boonoo, Gibraltar Range and New England National Parks and Torrington State Conservation Area in New South Wales.

Resting buds start to expand in late January and conflorescences are fully developed by late March with flowering continuing until early July. These times are dependent on climatic conditions. 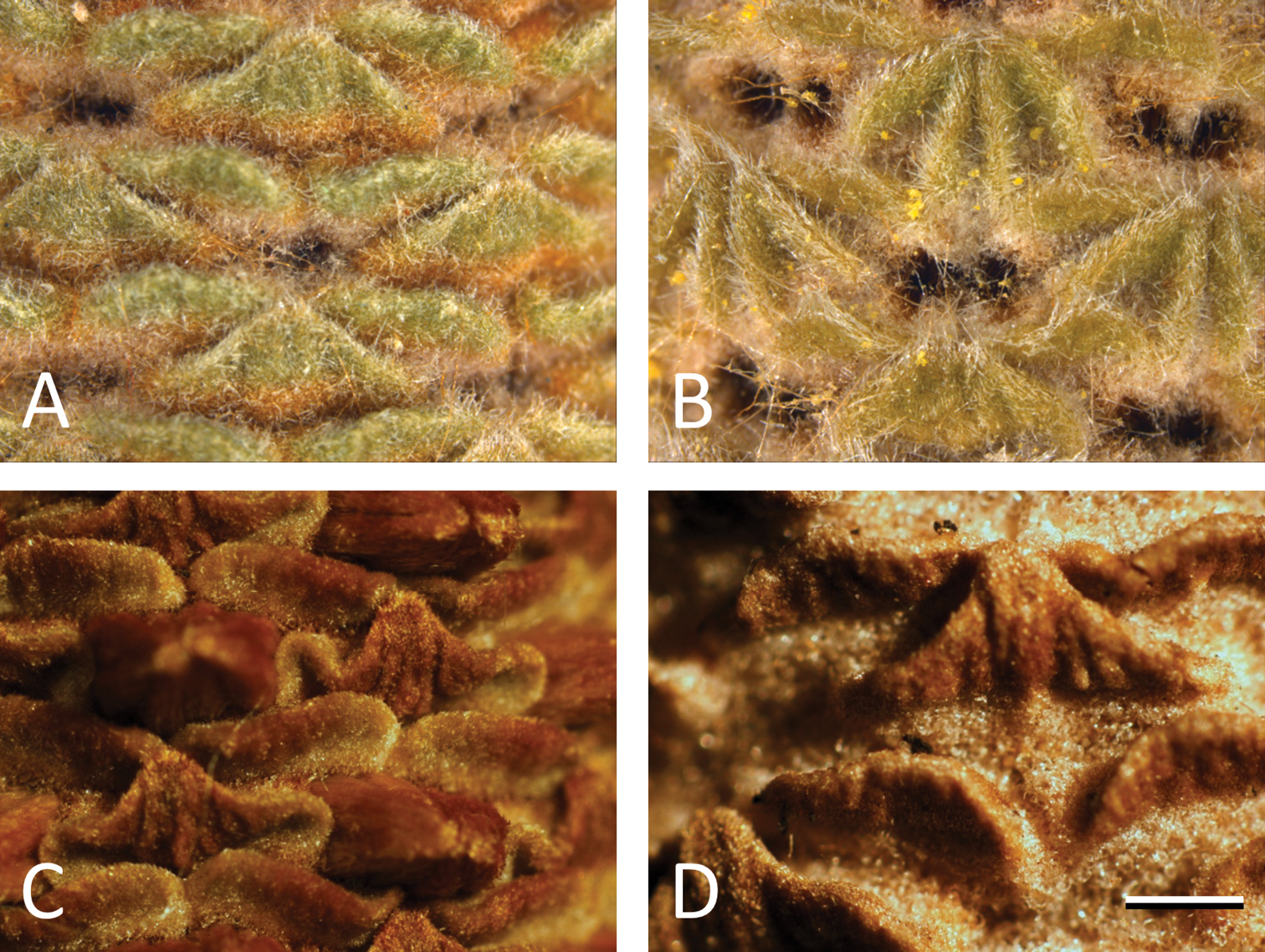 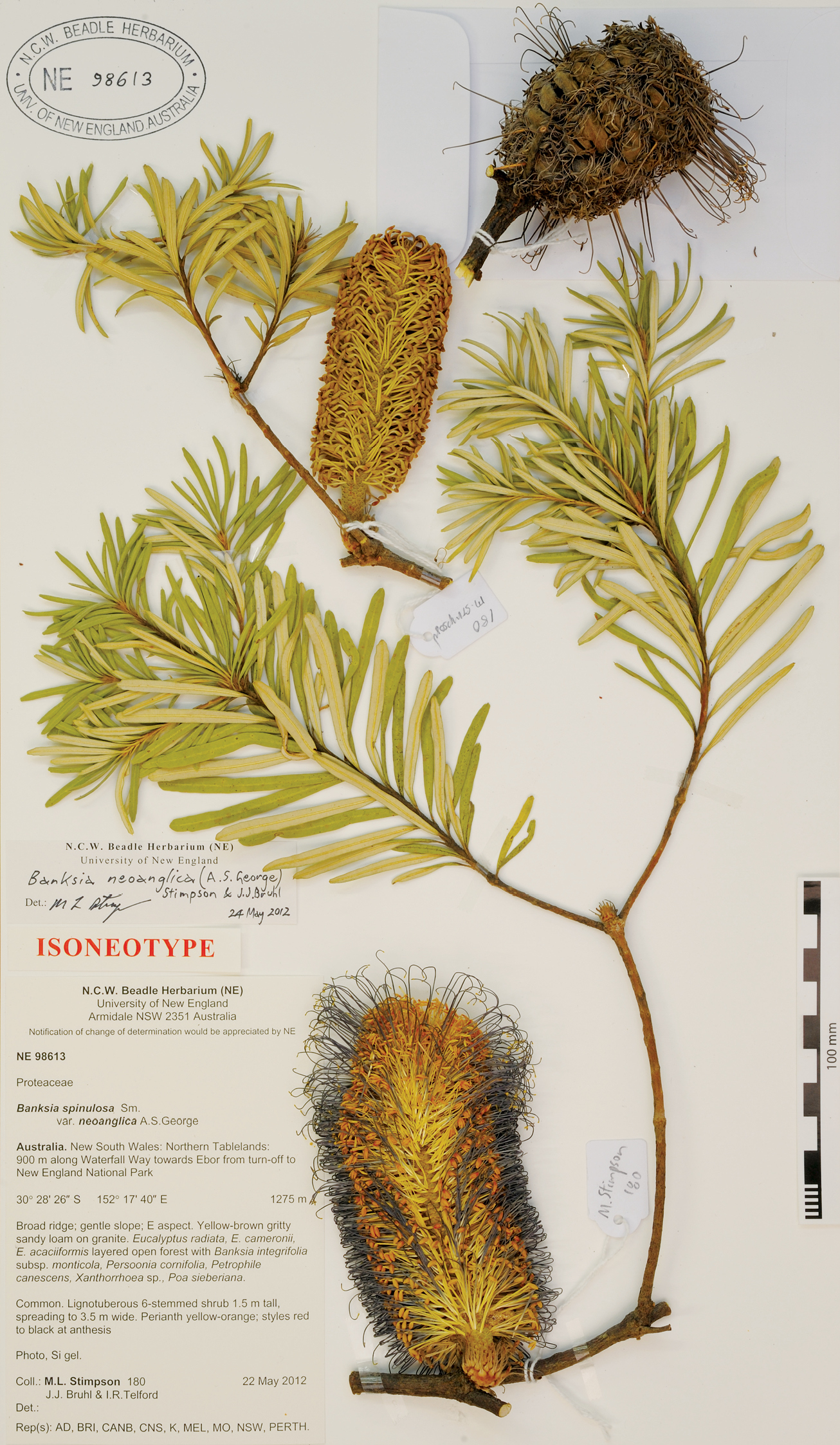 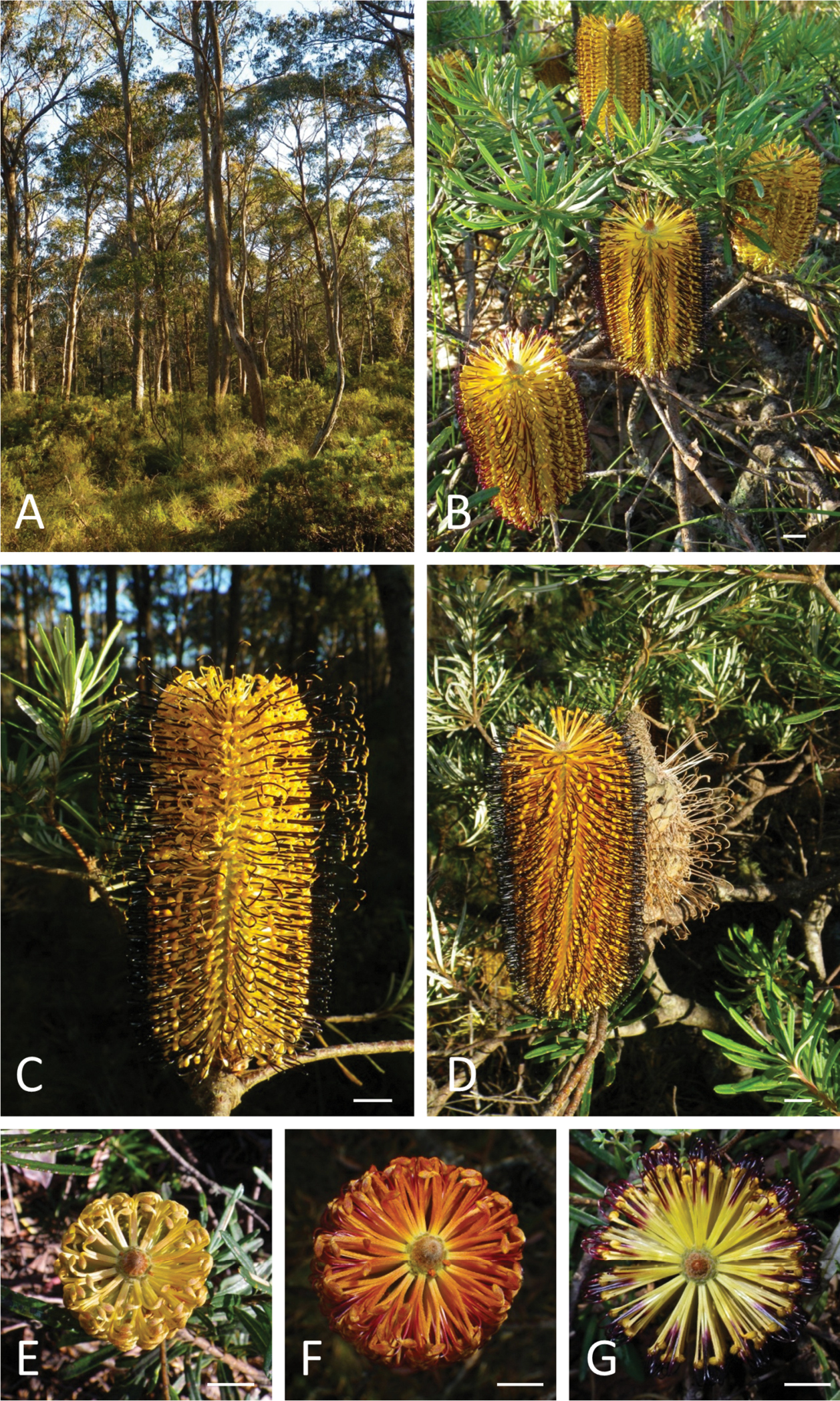 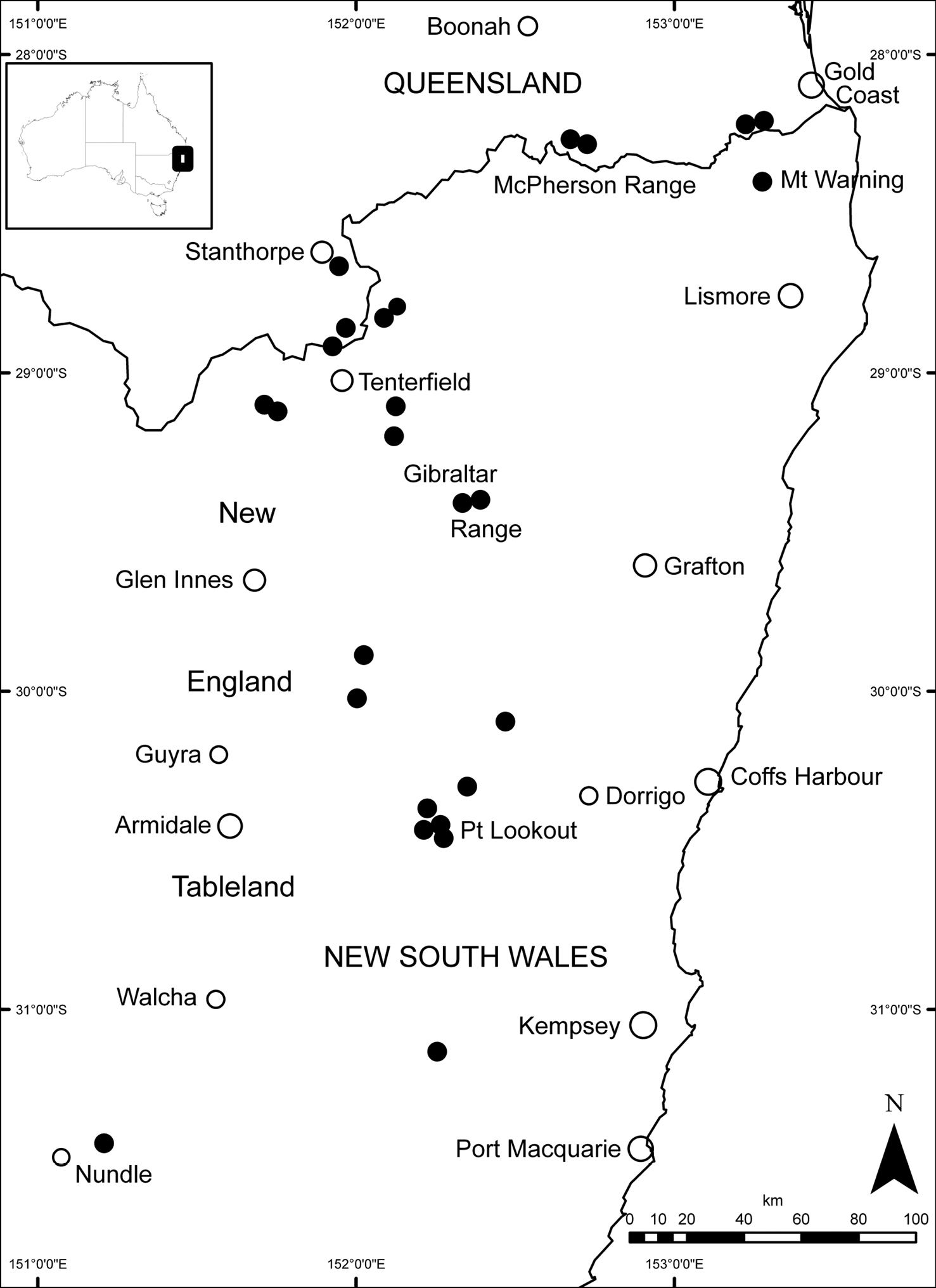