Diagnosis. This species can be differentiated from all other Zagrammosoma   by the asymmetrical funiculars ( Fig. 48A, B View FIGURE 48 ), mesoscutum and mesoscutellum with linear-reticulate sculpturing ( Fig. 48E View FIGURE 48 ), and propodeum posteriorly with a very faint median carina that may be difficult to see. The color patterns are most similar to Z. latilineatum   ( Fig. 26 View FIGURE 26 ), also found in the Indo-Malay, and the two species can be differentiated by the number of dark lines laterally on the pronotum: two in Z. latilineatum   and three in Z. yanegai   .

Remarks. This species is described from two specimens collected in Thailand and is one of two species found in the Indo-Malayan region. Even with the variable color patterns on the mesoscutum observed within the species Z. yanegai   is morphologically distinct and is easy to identify by the asymmetrical funiculars and linear-reticulate sculpturing ( Fig. 48B, D, F View FIGURE 48 ).

Etymology. Named in honor of Dr. Doug Yanega, for his many years of taxonomic help and guidance. 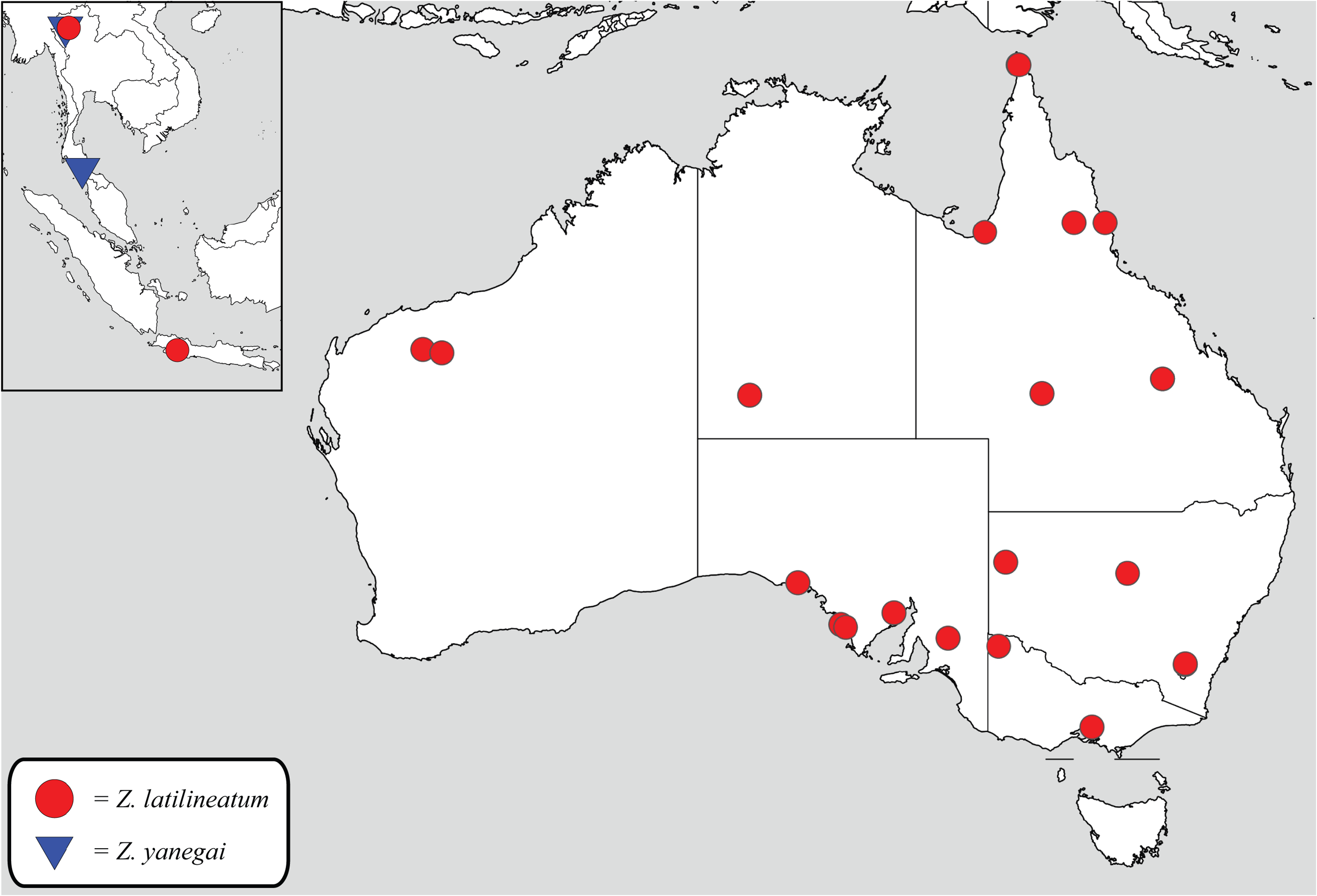