Dorsal-fin margin rounded, with one spine plus six branched rays. Dorsal-fin spine with anterior surface smooth and two to three small retrorse serrae on distal portion of posterior surface. Pectoral fin with one spine plus five branched rays. Pectoral-fin spine with serrae on both margins: the anterior margin serrae smaller than posterior ones. Anterior pectoral-fin margin with 13-16 serrae: those closer to base of spine retrorse, around middle of spine one or two perpendicular serrae and subsequent ones antrorse. Posterior surface of pectoral-fin spine has 8-10 retrorse serrae ( Fig. 2 View Fig ). Pelvic-fin margin rounded, located below posterior edge of dorsal-fin. Pelvic with one unbranched plus five branched rays. Adipose-fin developed, with posterior margin free and angulose, not confluent with caudal-fin, and located above anal-fin origin. Anal-fin margin rounded, with two or three a

Live coloration. Ground color light brown with irregular dark areas on head, dorsal fin and between dorsal and adipose fins. Caudal-fin base with conspicuous dark bar. Ventral surface of body lighter, with melanophores distributed on belly. Most fins hyaline with scattered melanophores over fin rays and membranes; dorsal fin with an irregular dark stripe along its longitudinal axis; adipose fin light brown with small patch of dark pigmentation near to its dorsal margin ( Fig. 8 View Fig ).

Distribution. Microglanis pataxo   is the first record of the genus in northeastern Brazilian rivers. The new species was found in coastal drainages of southeastern Bahia, in the drainages of rio Peruípe, rio Jucuruçu, and rio Cahy ( Fig. 9 View Fig ).

Etymology. The specific name honors the Pataxó native indigenous people, who live in the neighbourhoods of the distribution area of the new Microglanis species.

Ecological notes. The river systems in southern Bahia cross a plain to undulate relief with sediments from Tertiary to Quaternary, responsible for the formation of “tabuleiros”, the regional name in reference to the vast open plain left on landscape. Geologically those coastal “tabuleiros” belongs to the “Formação Barreiras”, dated from the Pliocene, extending from the coast up to 110 km inland from Ilhéus, Bahia, to the mouth of rio Doce, in Espírito Santo ( SRH, 1996). The whole study area was originally covered by the Atlantic Forest, but presently the vegetation around river drainages show different degrees of environmental conservation (MMA, 2000). At the rio Peruípe the vegetation was changed to eucalyptus tree groves, reminiscent of riparian vegetation only on river banks. The upper portion of rio Jucuruçu, called rio do Prado, is one of the heaviest impacted river system, being much deforested and occupied with pastures. The rio Palmares, a tributary of the rio Cahy, passes somewhat closer to the Pataxó indigenous village of Águas Belas, and the catfishes were captured downstream from the Palmares village. The small rio Cahy basin still has patches of original and secondary vegetation and riparian covering along the upper portions of its streams being partially protected in an environmental preservation area, the Parque Nacional do Descobrimento. The new Microglanis species   was collected in the middle course of shallow waters, at a depth of 1 to 1.5 m. None of them were captured in the upper portions. Those catfishes were found in moderate flowing sections of the rivers, with sandy or gravel bottom. The environments were moderately vegetated and the water clear or brown ( Fig. 10 View Fig ). In the stomach of two examined females (MNRJ 28398, 33.8 mm SL; MNRJ 28401, 23.9 mm SL), it was possible to identify small aquatic insect larvae and pupae. The 33.8 mm individual was a mature female, with large eggs in its gonads. 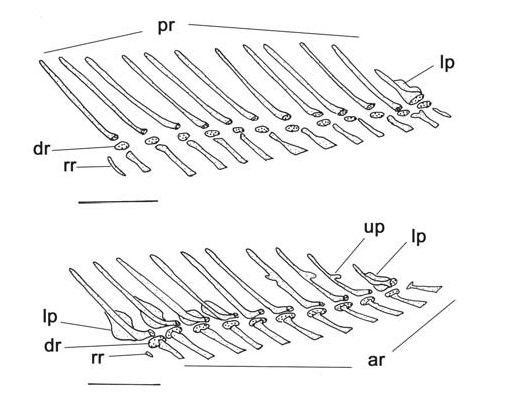 Fig. 9. a. Drainage map of eastern Brazil between rio São Francisco and rio Paraíba do Sul illustrating the distribution of the Microglanis species in the area. Dotted line indicates the study area. Symbols may represent more than one locality. b. Detail of collecting localities of Microglanis pataxo in the study area, between the rio Mucuri and rio Jequitinhonha.