Etymology. This species is named after the Mojave Desert, biome encompassing its type locality.

Description. Habitus. Occurring in aggregations on blades of grasses ( Fig. 1 View FIGURES 1–3 ), where the copious flocculent white lateral wax on puparia makes their presence evident and partially obscures the body of the insects ( Figs. 2–3 View FIGURES 1–3 ). Puparia dorsum flat and slightly sclerotized, median and submedian area brown, subdorsal and submarginal areas pale brown to yellow; venter membranous and slightly inflated in mature pupae, supported by a rim of marginal wax. Spent eggshells brown, attached to blades in irregular groups or rows. No adults were found, and there were no ants observed in attendance.

Diagnosis. Puparia of both Aleurocybotus cereus and A. mojavensis sp. nov. can be recognized in the field from those of A. graminicolus and A. occiduus by the copious lateral white wax secretions ( Figs. 1–3 View FIGURES 1–3 ), which are absent in the latter two species whose puparia have limited amounts of clear wax on dorsum and venter and white translucent wax surrounding venter ( Quaintance 1899; Russell 2000; Martin 2005; Vejar et al. 2009). Microscopically, the glandular area secreting the lateral wax is evident as a dorsal submarginal band in A. cereus and A. mojavensis , whereas it is not evident in A. occiduus and A. graminicolus . In A. mojavensis , the glandular band occupies only the external half of the dorsal submarginal area ( Figs. 4, 5, 7 View FIGURES 4–7 ), while in A. cereus it occupies its entire width. 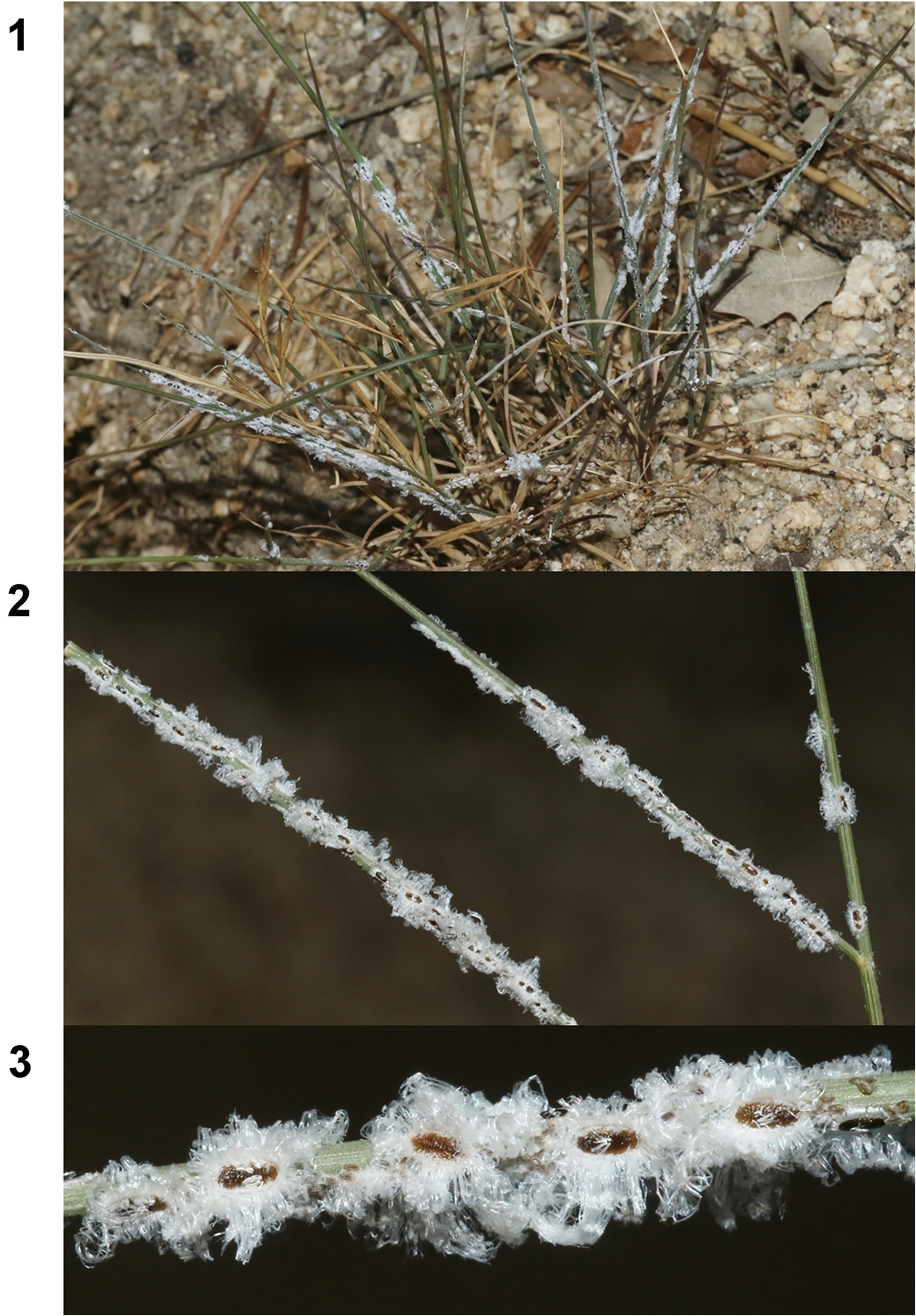 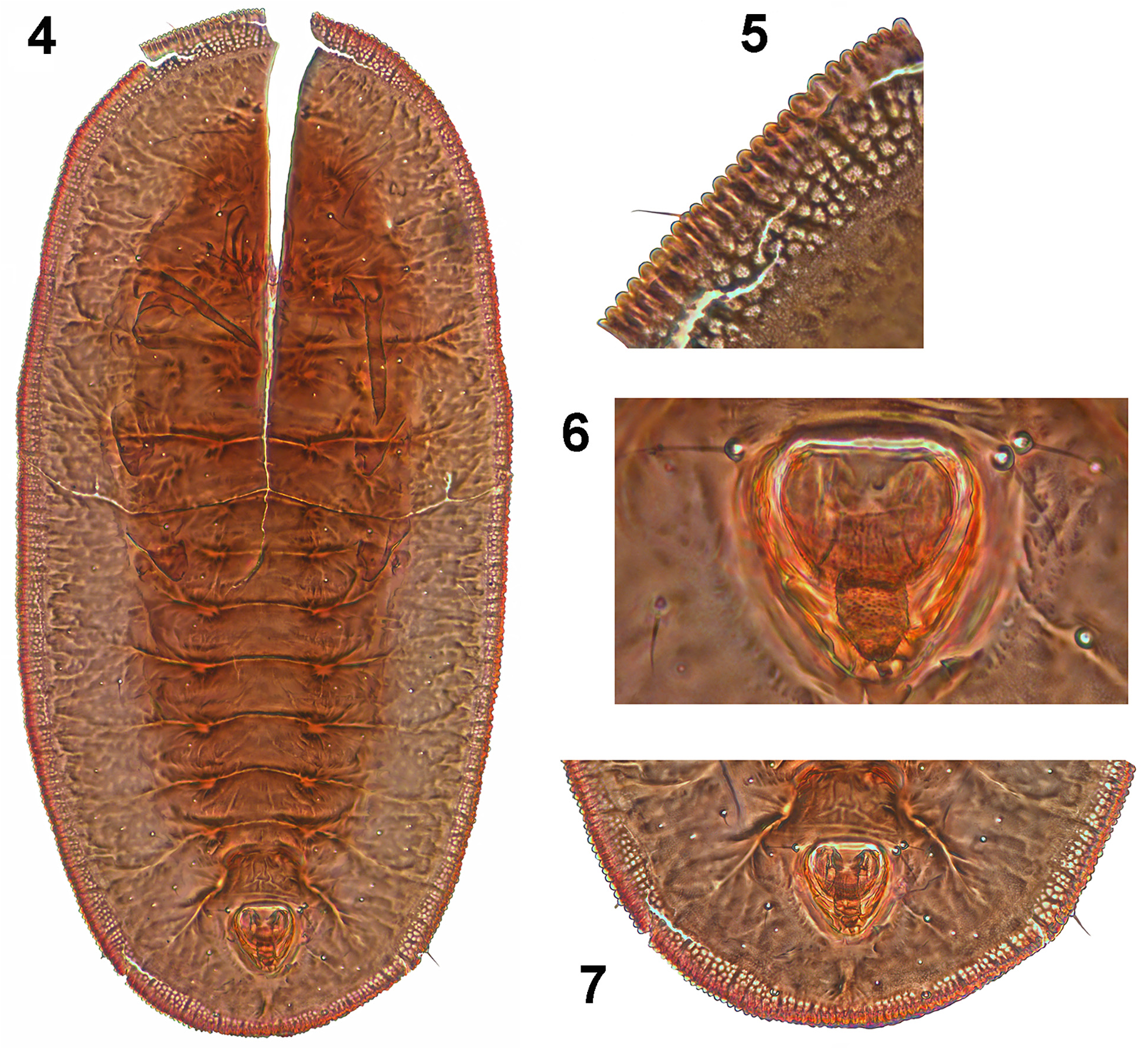