The moths were collected in macchie habitat ( Gastón et al. 2017) from April to the first half of September. The larval host plant is unknown.

The species was described by Ragonot (1881) after two males from Portugal. He emphasised its resemblance with C. consimilana  . Razowski (1979) considered it conspecific with C. consimilana  , probably relying on the superficial similarity of the modified setae of the valvae of these two taxa. The female remained unstudied until Gastón et al. (2017) described it again under the name C. razowskii  . Tortrix xylotoma  was sunk into C. neglectana  by Razowski (1979). This synonym is not justified as the genitalia of the male lectotype (illustrated also by Clarke 1958: pl. 109) rather resemble C. eatoniana  regarding the shape of labis, presence of modified setae on the valva, and morphology of the phallus. The preparation of the genitalia is poor, therefore the shape of uncus and valvae looks unusual. The wing pattern fits with C. eatoniana  . After comparison of material from Spain, the lectotype of T. eatoniana  , the lectotype of T. xylotoma  , the original description of C. razowskii  , and numerous photographs of specimens identified as C. razowskii  by the authors of the latter taxon, we concluded that all these specimens are conspecific and the present valid name of the species should be C. eatoniana  . 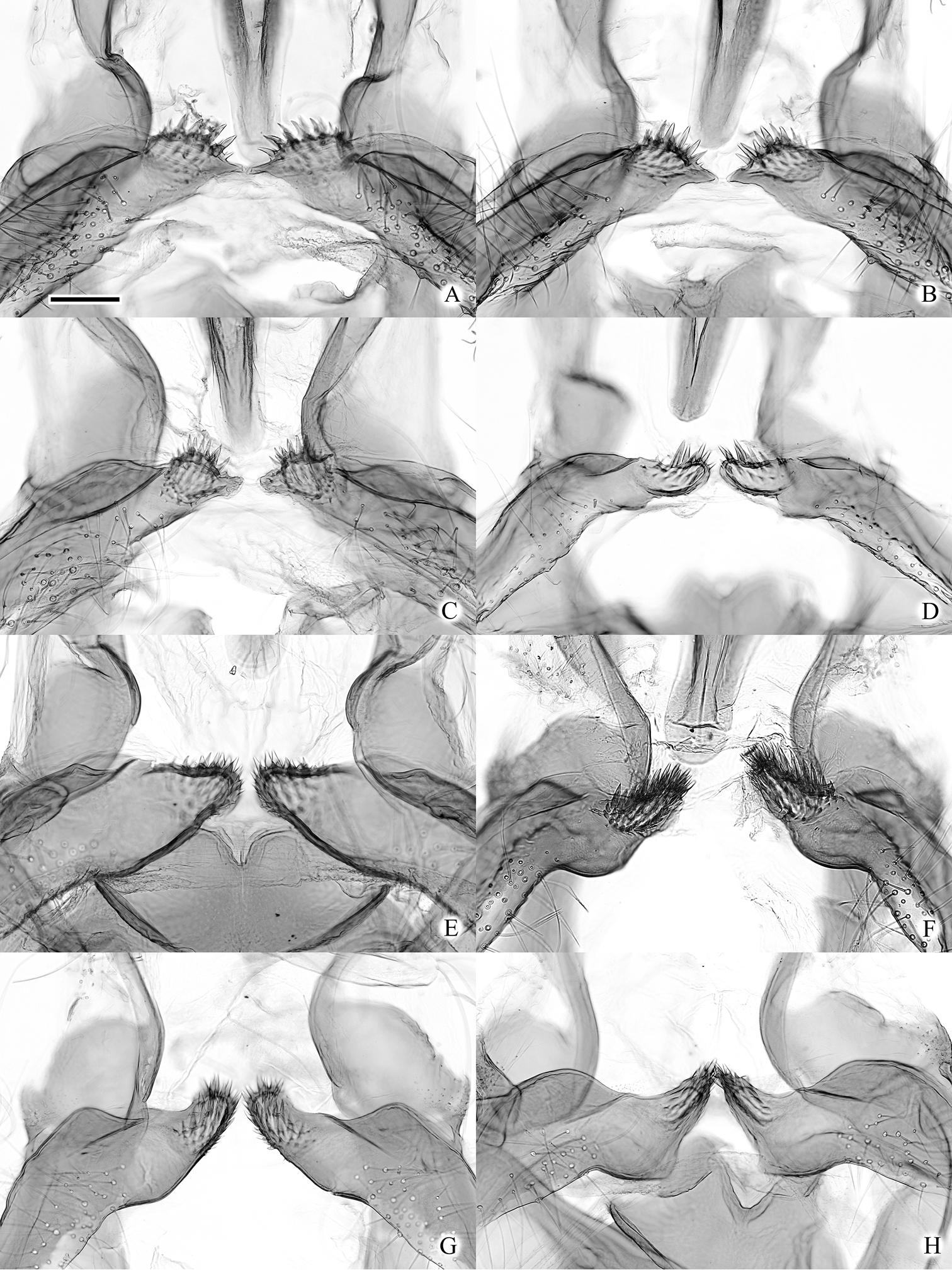 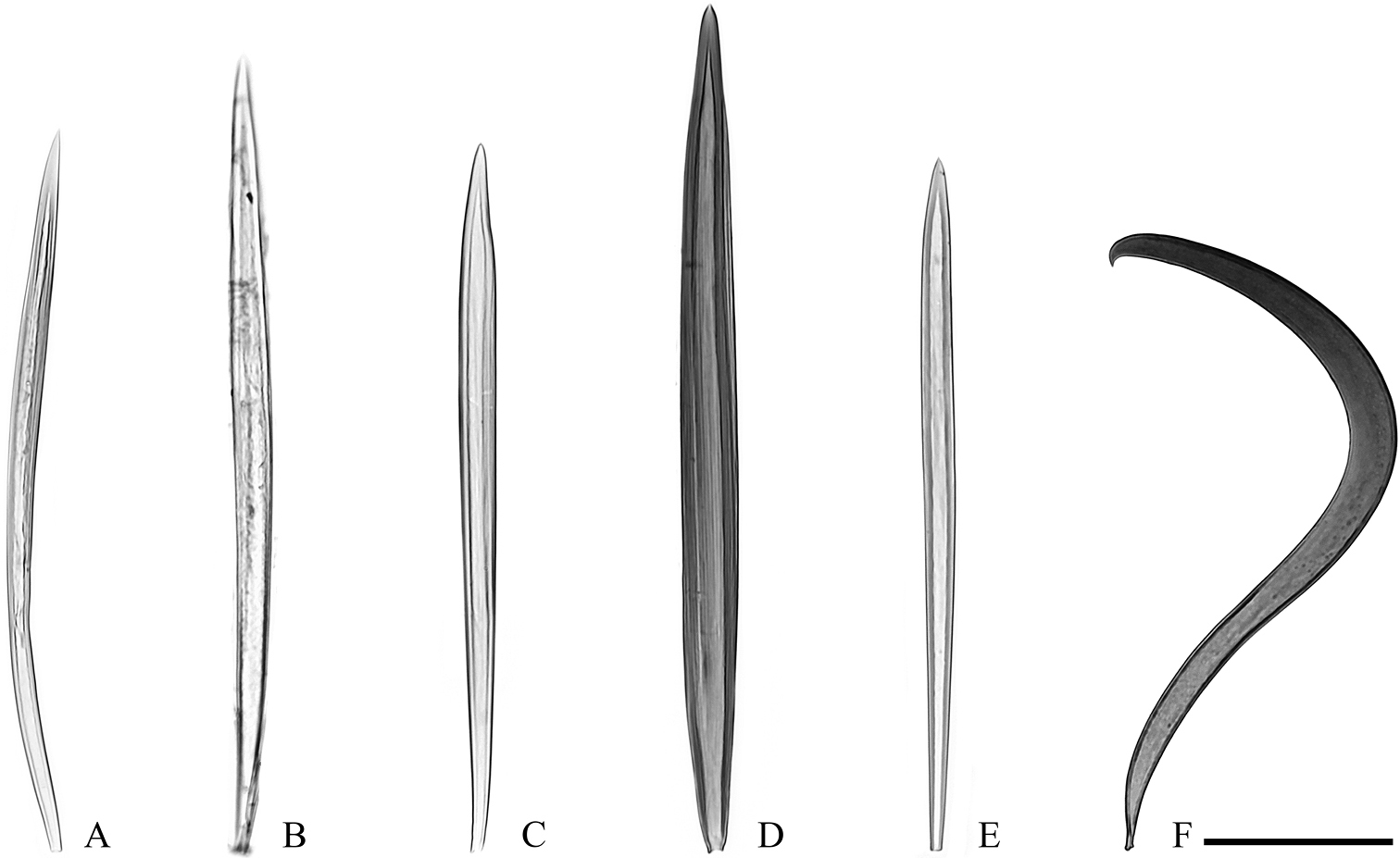 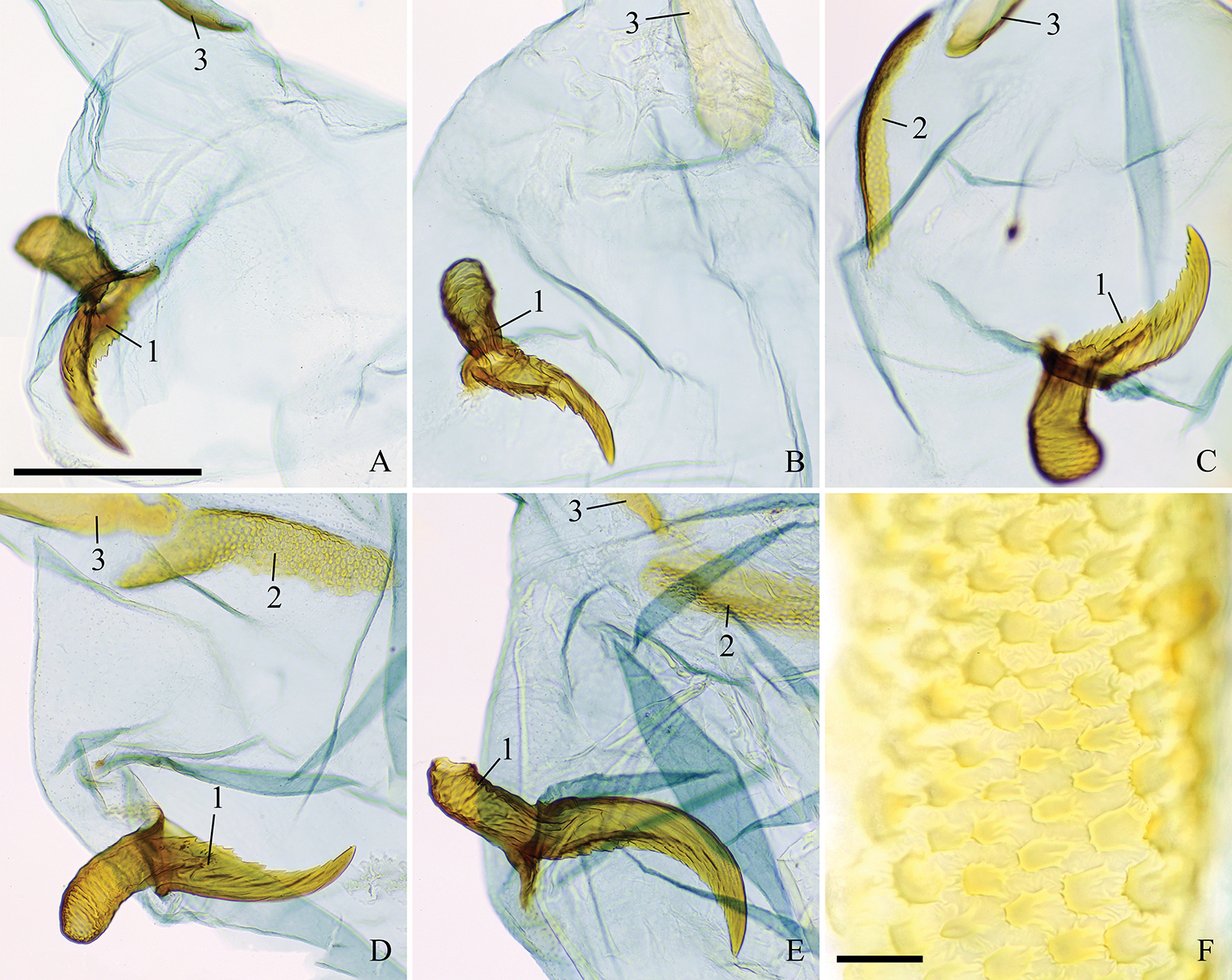 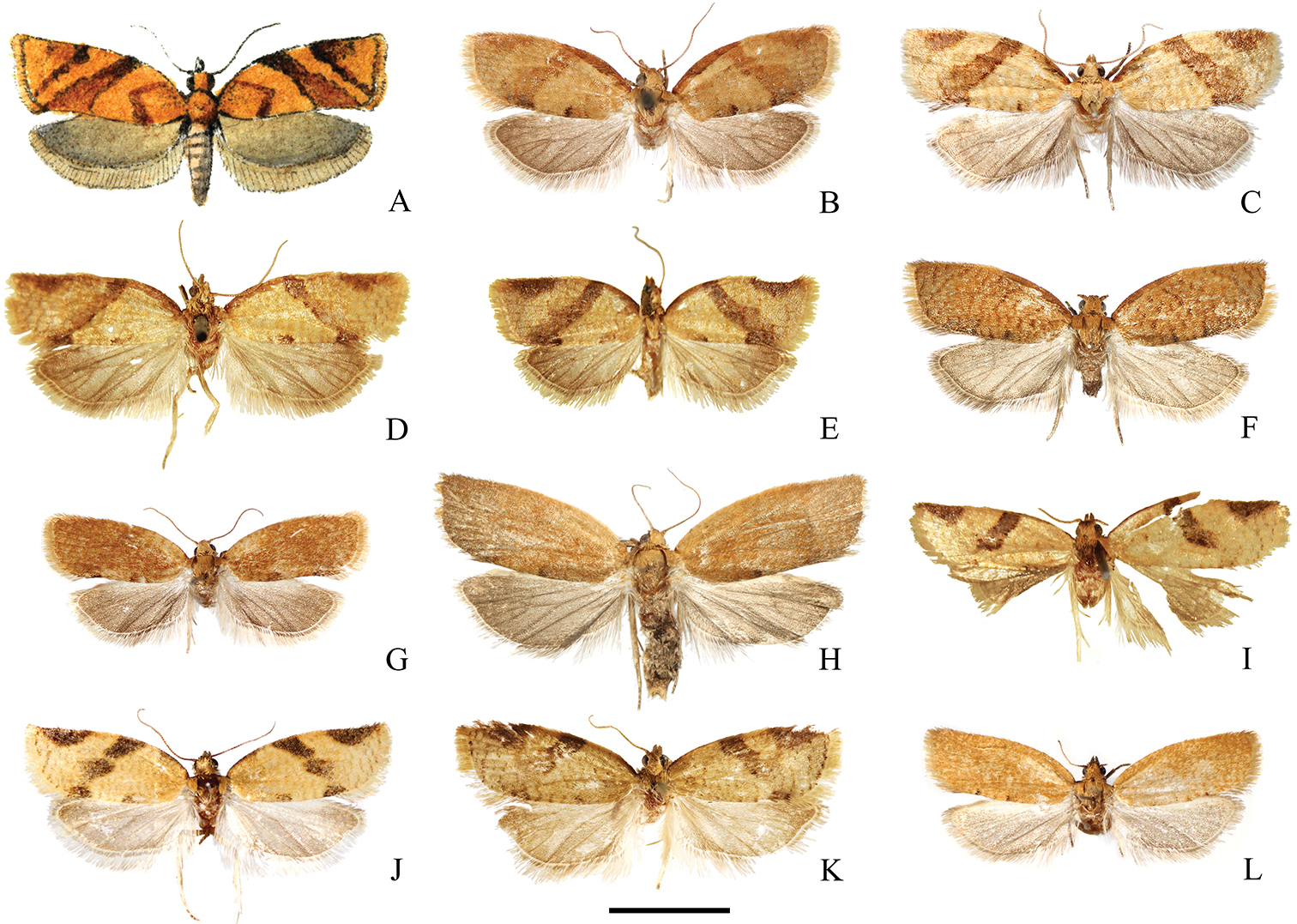 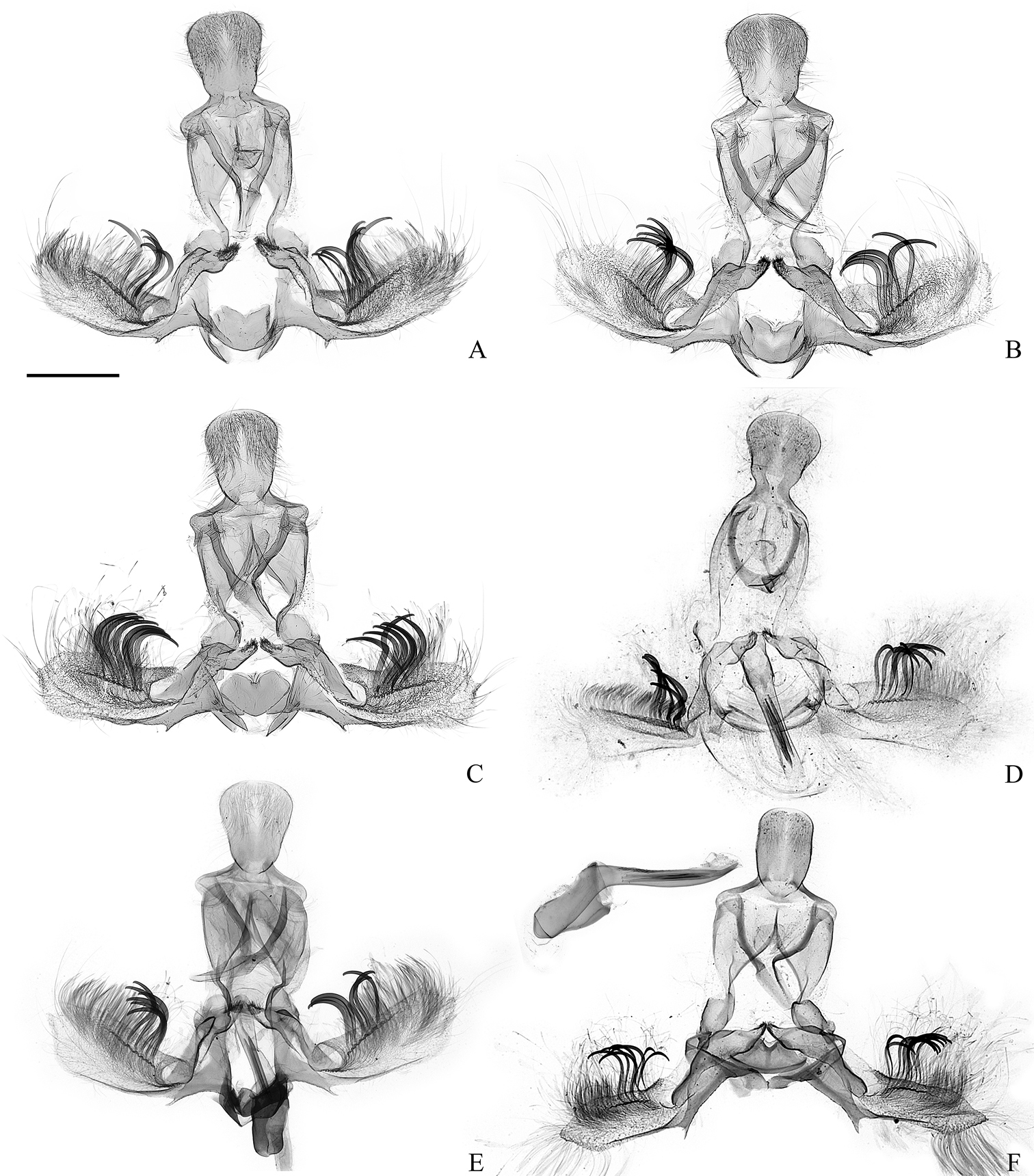 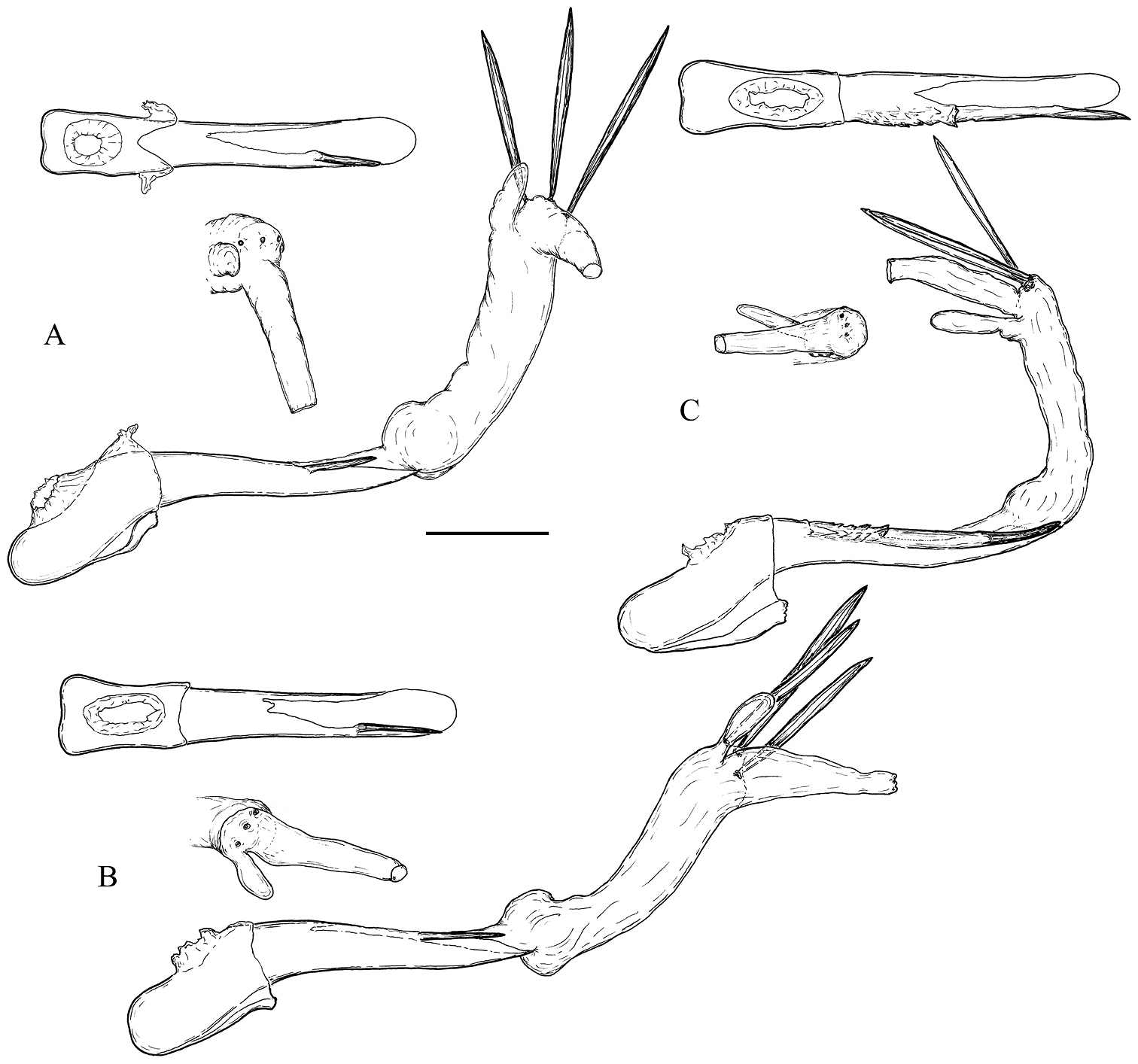 Figure 13. Phalli with vesicae everted of the Clepsis consimilana species group A-B C. consimilana: A neotype of Tortrix consimilana B specimen from Italy C C. eatoniana, Spain. The phallus of each species is shown in three aspects from top to bottom: sclerotised phallic tube (without vesica) in dorsal view, tip of vesica in dorsal view and whole phallus in left view. Scale bar: 250 μm. 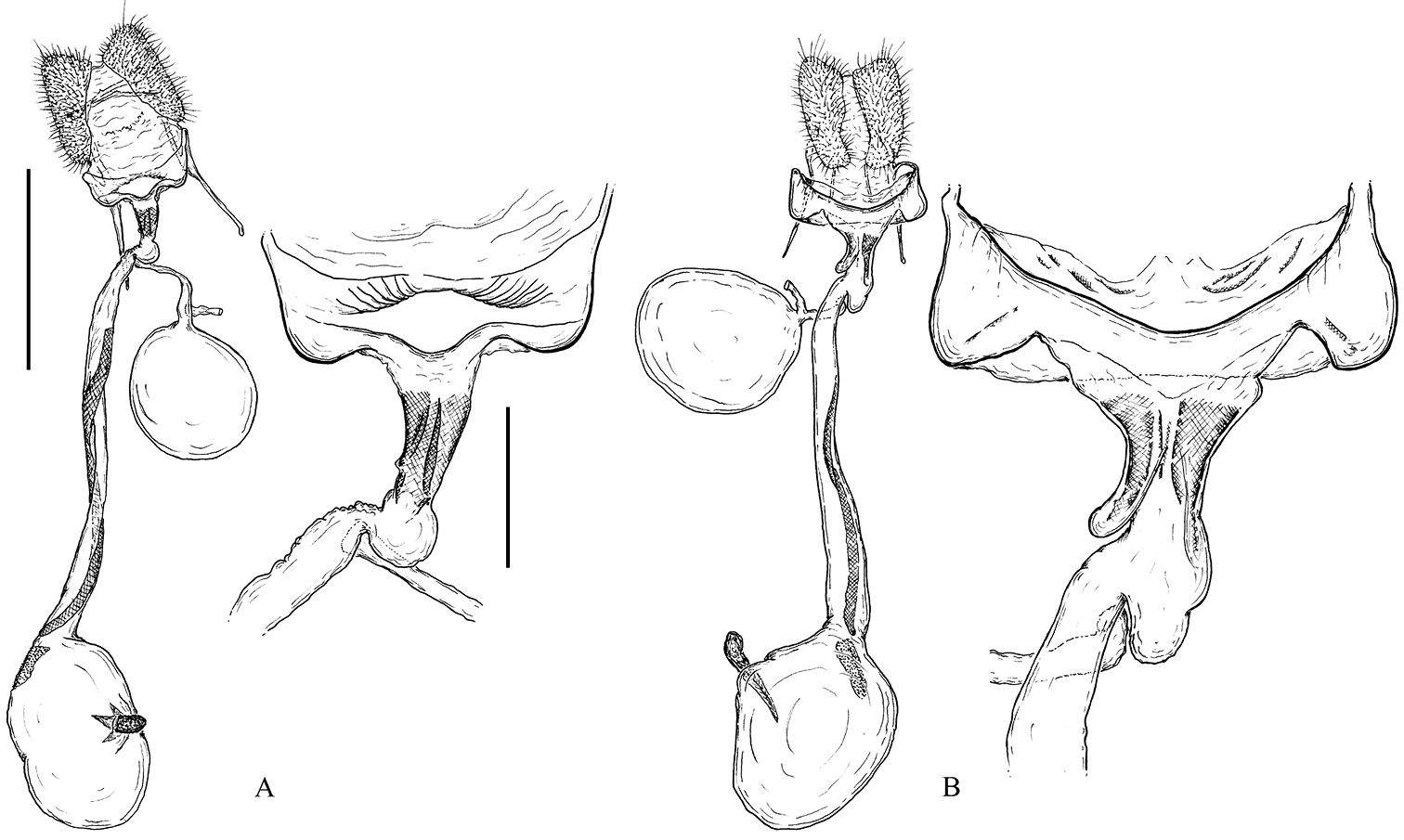 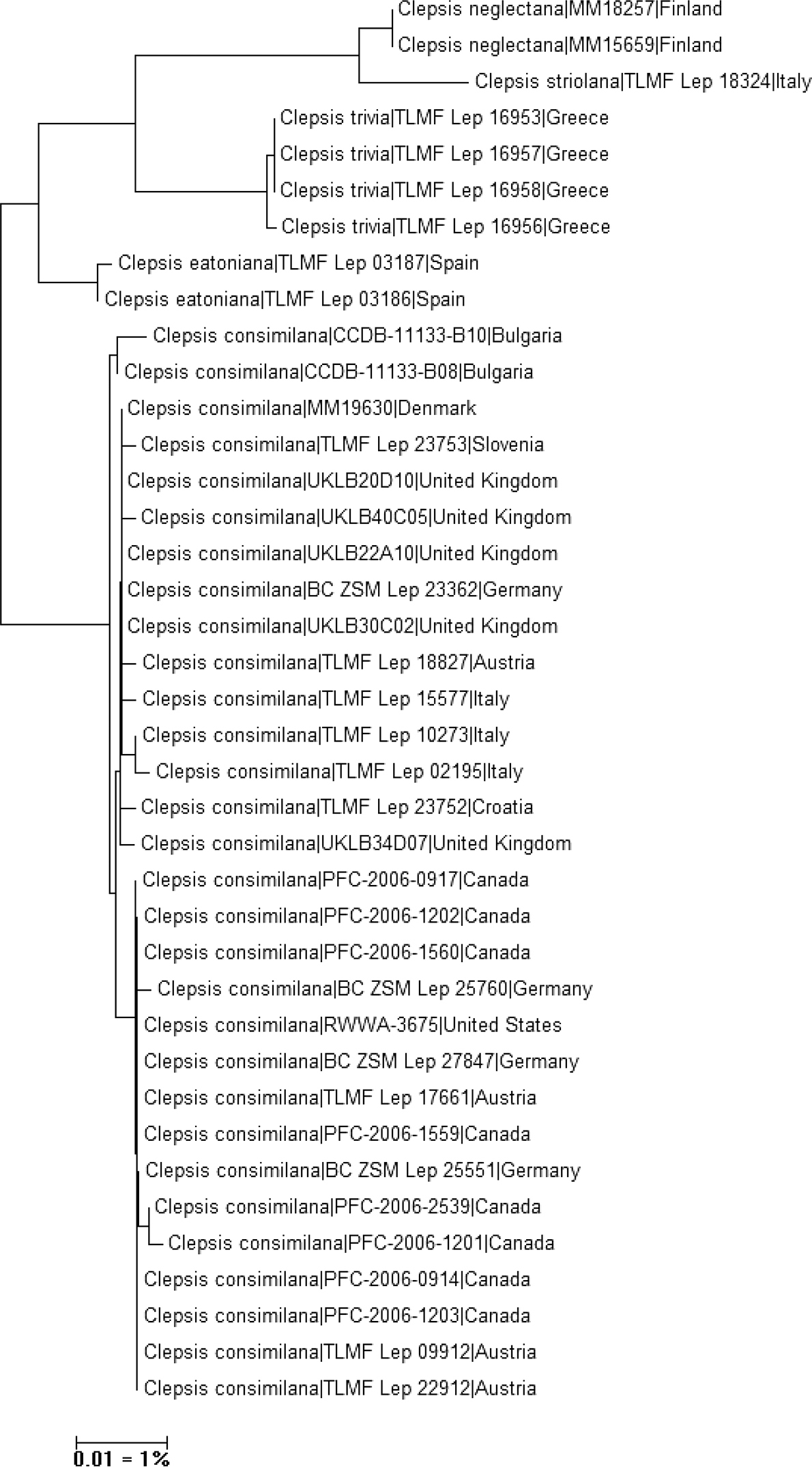 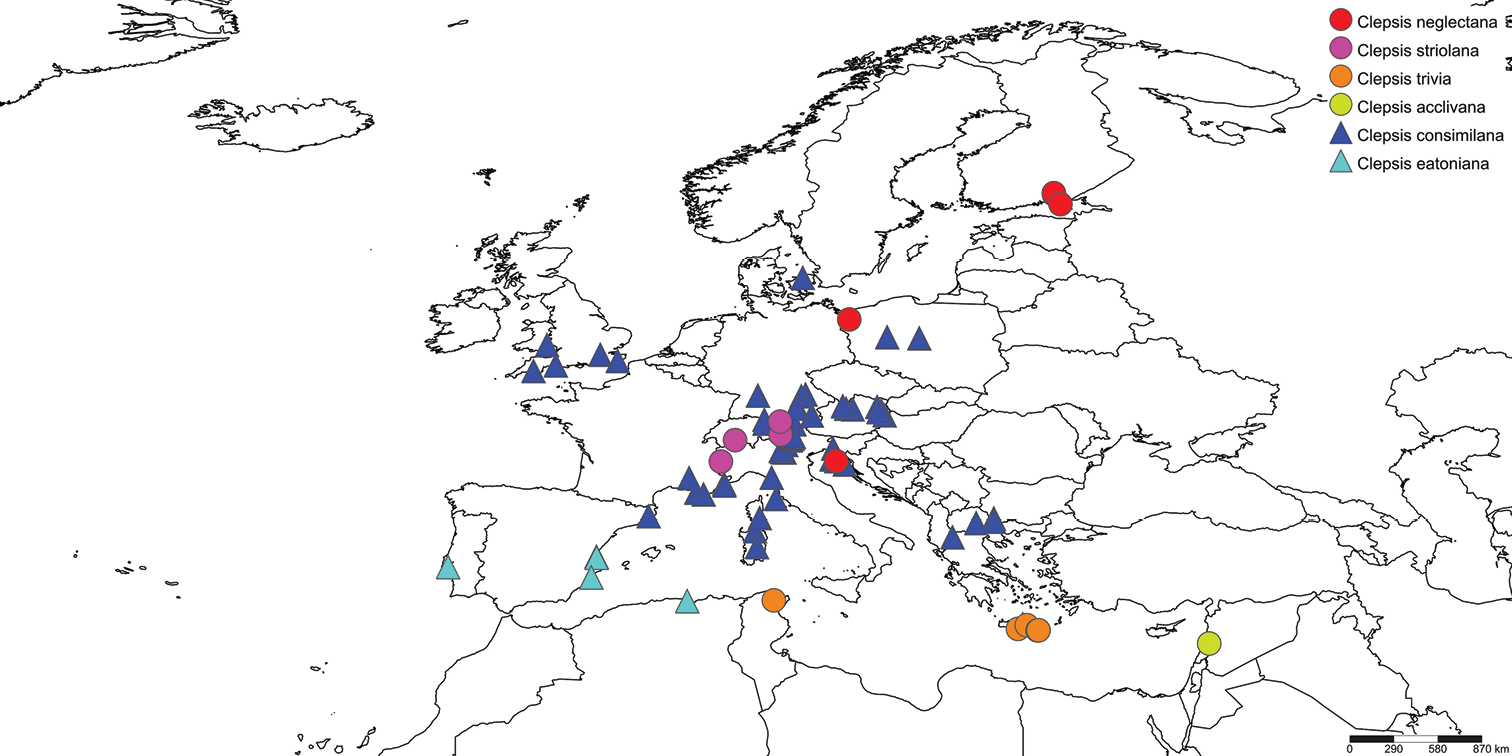