Diagnosis. The new species is similar externally to M. spermophaga Fletcher, 1962 , but distinguished by its characteristically long, wedge-shaped costal patch of the forewing, which is much shorter and dash-like in M. spermophaga . In the male genitalia the most conspicuous differences between the two species are the much narrower valva, the more slender and shorter harpe, and the significantly shorter aedeagus of the new species compared to those of M. spermophaga ; in addition a short, triangular carinal process of the aedeagus is present in M. spermophaga (that character is absent in the new species) and a pair of short, thorn-like cornuti is present on the vesica in the new species (the cornutus of the vesica is a relatively larger plate with a single thorn-like process in M. spermophaga ). The genital morphology suggests M. cinereoparva is closely related to M. subchionea , in particular the similar ground plan of their clasping apparatus and the presence of a characteristic pair of short, thorn-like cornuti of the vesica situated near the posterior end of the aedeagus when the vesica is not everted. The main morphological differences between M. cinereoparva and M. subchionea are as follows: the forewing ground colour of the new species is dark greyish, while that of M. subchionea is off white; in addition the medial area of the forewing of the new species is not filled in with dark grey scales, only the costal half of the antemedial line is connected to a wedgeshaped dark grey costal patch, while in M. subchionea the medial area of forewing is completely filled in with darker scales, forming a wide medial band. In the male genitalia, M. cinereoparva and M. subchionea differ in the following characters: the uncus of the new species is significantly shorter, the apical part of its valva is considerably broader and its harpe is much more slender, longer and more curved than those of the related species. The aedeagus of M. cinereoparva is similar to that of M. subchionea , but considerably shorter and the pair of small cornuti of the vesica are somewhat longer than those of the related species. The female is unknown. 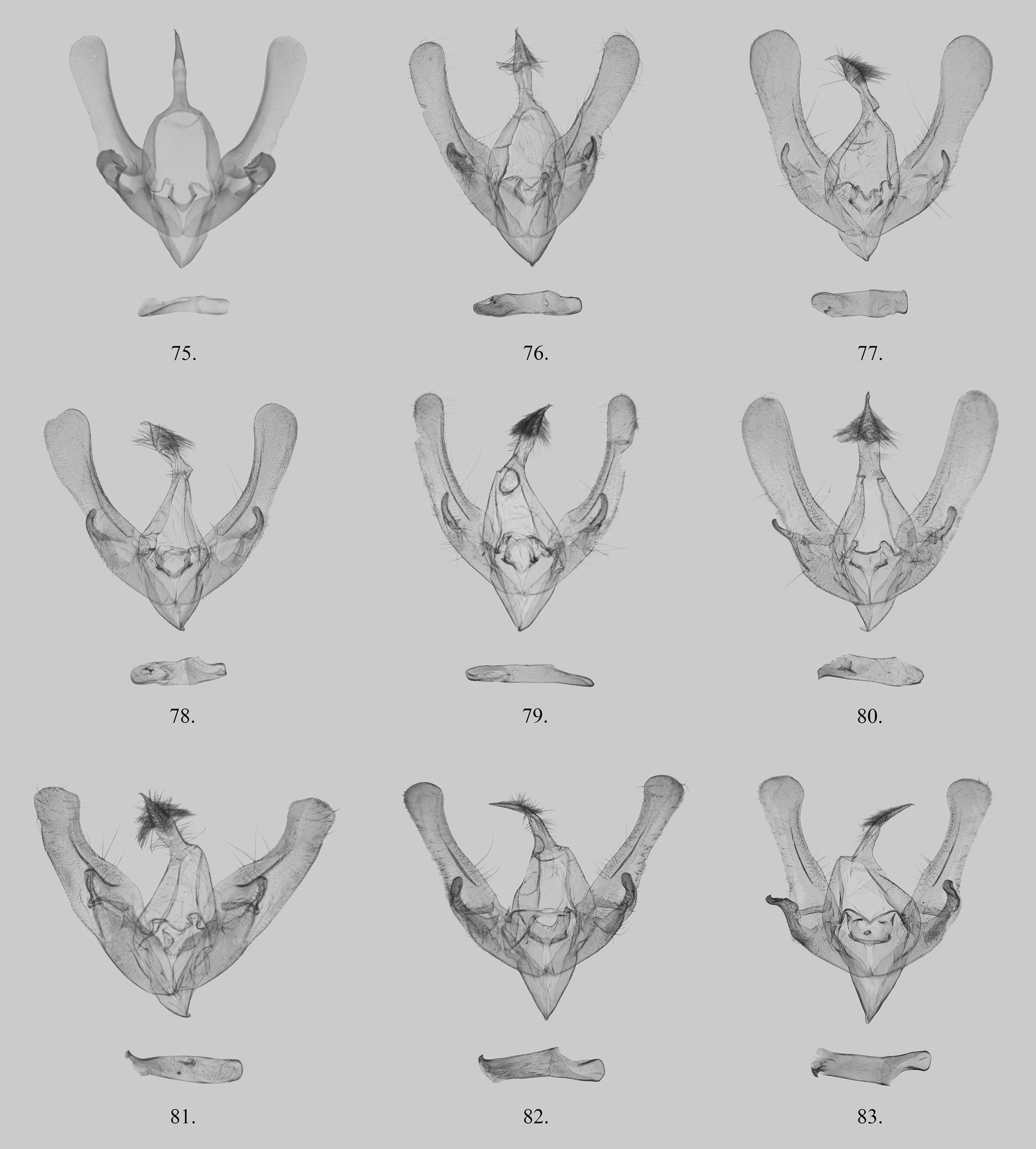