(Figs 8FView Figure 8, 9View Figure 9). CD, SH, and SS continuous tubular, and similar in diameter from CP through to SB; this duct starting from CP running on ventral side anteriorly, then bending posteromedially and coiling once toward anterior tip; this duct then turning at anterior tip, coiling 2.5 times in the opposite direction, undulating twice on ventral side, and then a half coil to SB; PP located on dorsal side, 1 coil before turning point at anterior tip; SB globular, extending anterolaterally, and expanded at connection with SS; BG well-developed, located dorsally at connection between SS and SB; each FD not running from basal part of SB, but extending from small atrium located beneath SB.

The present specimens were unquestionably identified as C. melanoparvus  by features of the male palp and female genitalia; that is, the remarkably developed conductor and complicated tubular spermathecae.

The present study could successfully document the positions of PP and BG in the spermathecae of this species for the first time. Because PPs were located at the dorsal surface of the duct near its anterior tip, this tubular structure, which was referred to as an 'anterior duct’ by Kobayashi (2006), must comprise CD, and also SH and SS. 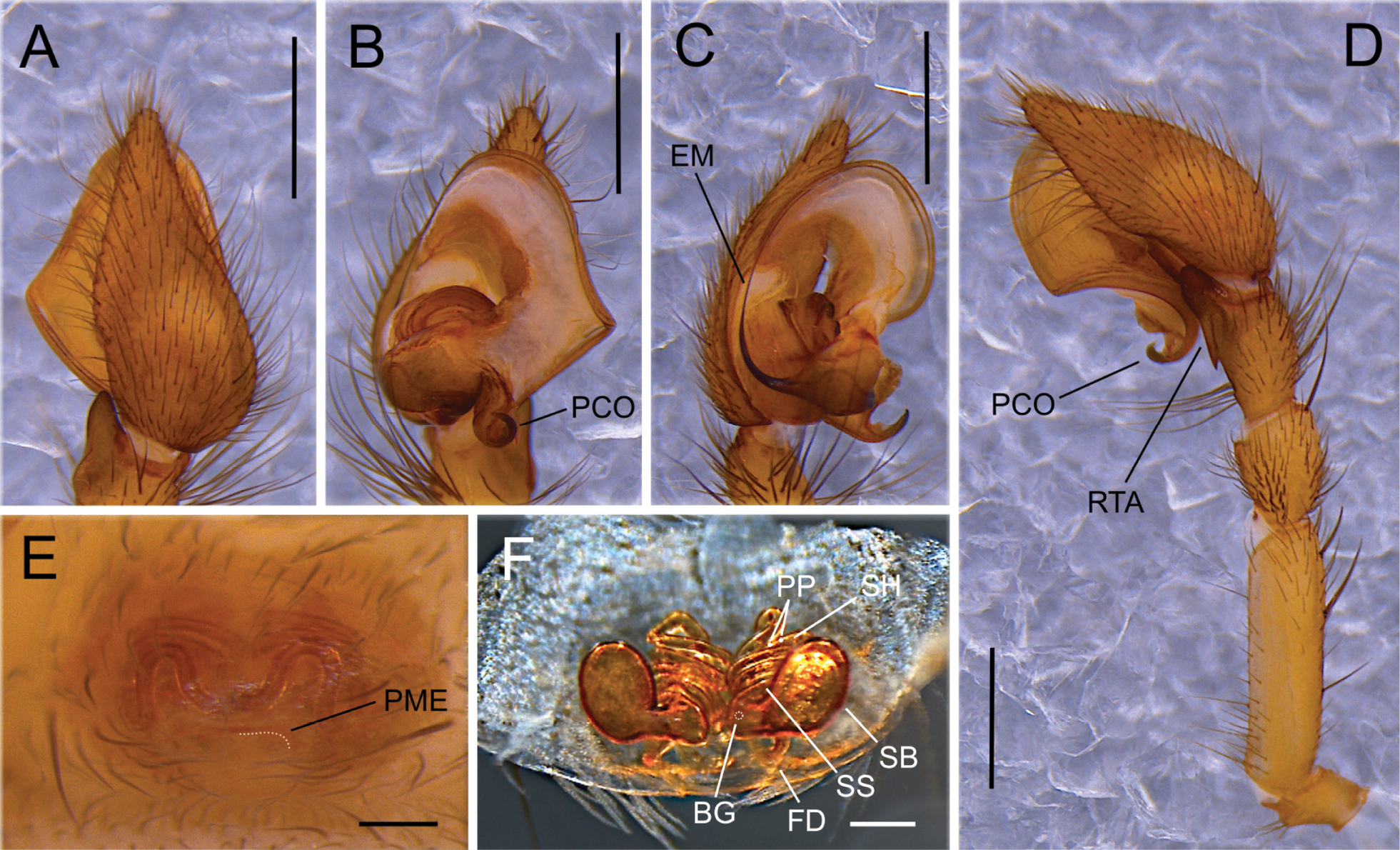 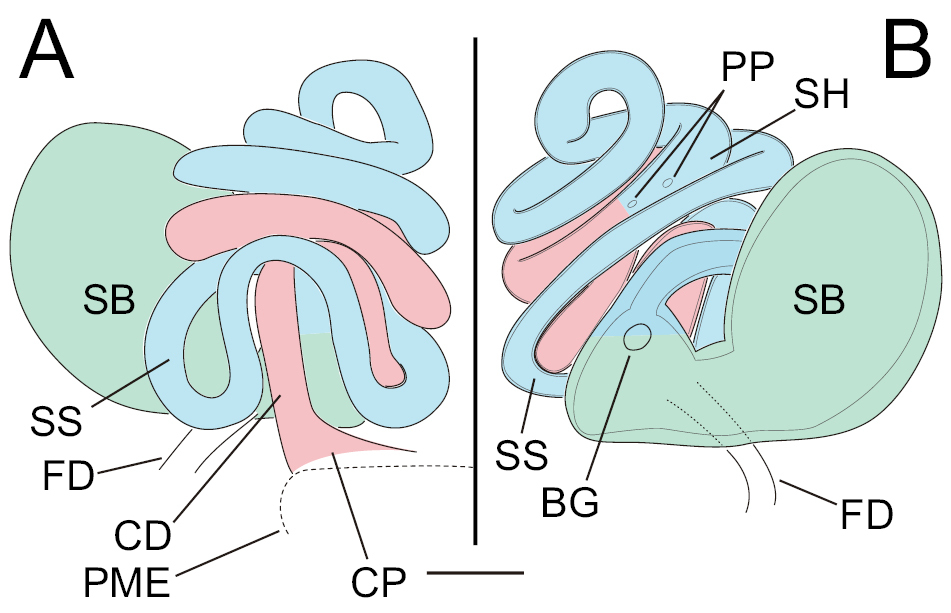