Diagnosis. Peak frequency between 35–38 kHz (not recorded in holotype but inferred from members of the same genetic clade). Members of this cryptic species are genetically distinct from R. hildebrandtii   s.s. (7.7–9.0% cytochrome b uncorrected divergence; Clade 2 in Fig. 2 View Figure 2 and Fig. S1 View Figure 1 ). Noseleaf with typical low rounded profile of connecting process in the holotype ( Fig. 8d View Figure 8 ) although slight variation was observed among members of this species with one specimen having a higher and rounded shape ( Fig. 8f View Figure 8 ). Skull intermediate-sized (GSL 28.5 mm; CCL 25.0 mm in the holotype; range of GSL 27–29 mm; CCL 24–26 mm; Table 5) and can be distinguished from larger ( cohenae   , mabuensis   ) and smaller ( smithersi   ) species, although it is overlapped by measurements of the type (GSL 27.4 mm) and cotype (GSL 27.6 mm) of R. hildebrandtii   ( Table 5). Frontal depression reduced in holotype and five other members of this species examined; sagittal crest very pronounced, much higher than rostral chamber in lateral profile and commencing just posterior to the reduced frontal depression; in this respect it can be distinguished from cohenae   and mabuensis   in which the sagittal crest is reduced, and starts further back mid-dorsally in the inter-orbital region behind a well-developed frontal depression. The baculum conforms to the ‘‘ Type 2’’ (shaft wide in dorsal view and horizontal in lateral view with rounded tip) and measures 3.14 mm in total length in the holotype ( Fig. 9 View Figure 9 ; Table 5). The anterior upper premolar is minute and external to the toothrow (in the holotype and three additional specimens examined; in a fourth (DM 11276) the anterior premolar was absent), as found also in R. eloquens   but not in any other members of the hildebrandtii   complex. There is a single mental groove in the holotype and in three other members of this species examined. Genotypes classify R. mossambicus   in Clade 2.

Distribution. Based on genetic data, the species is known from five localities in Mozambique from altitudes of, 500 m ( Fig. 1 View Figure 1 : Chinizuia Forest, Gerhard’s Cave, Gorongosa Caves, Namapa and Niassa Game Reserve) and one locality, Lutope-Ngolangola Confluence in NW Zimbabwe. These scattered records across the subregion suggest that R. mossambicus   is widespread across the savanna biome of Zimbabwe and Mozambique. Its overall range awaits elucidation ( Fig. 2 View Figure 2 ).

Ecology. Associated with the southern savanna biome. Based on five localities in Mozambique, its range extends from 60– 500 m, and to 1000 m in NW Zimbabwe.

Etymology. The name denotes the country of origin (Mozambique) of the type specimen of this species. Additional sequenced specimens from Mozambique suggest that the species is widely distributed throughout this country. However R. mossambicus   was not recorded on montane islands (Mts Mabu and Inago) to which populations of R. mabuensis   are restricted. 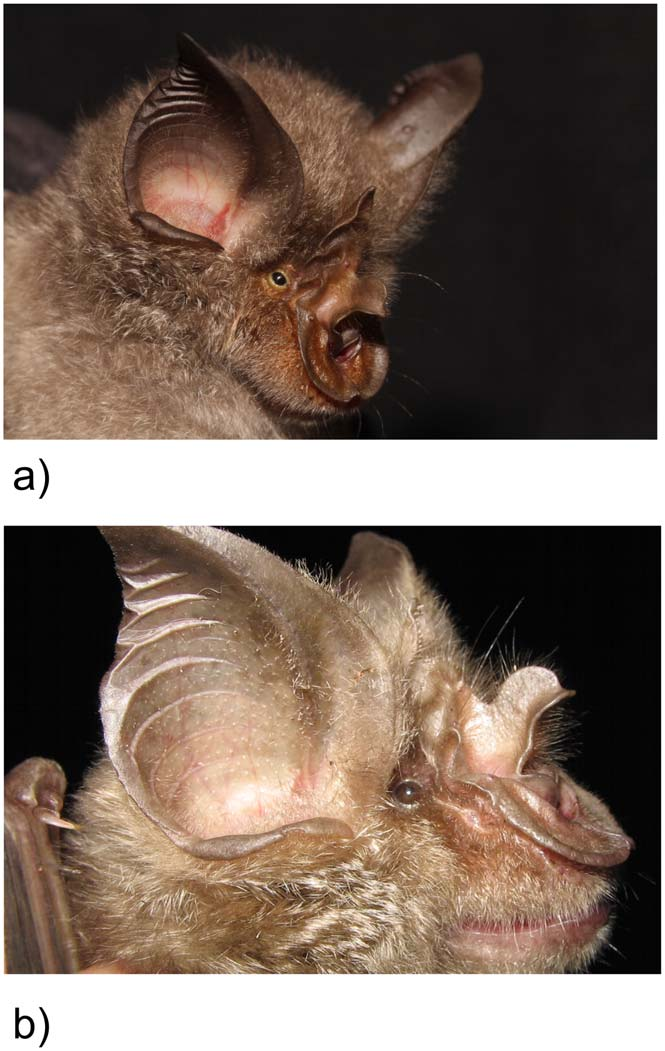 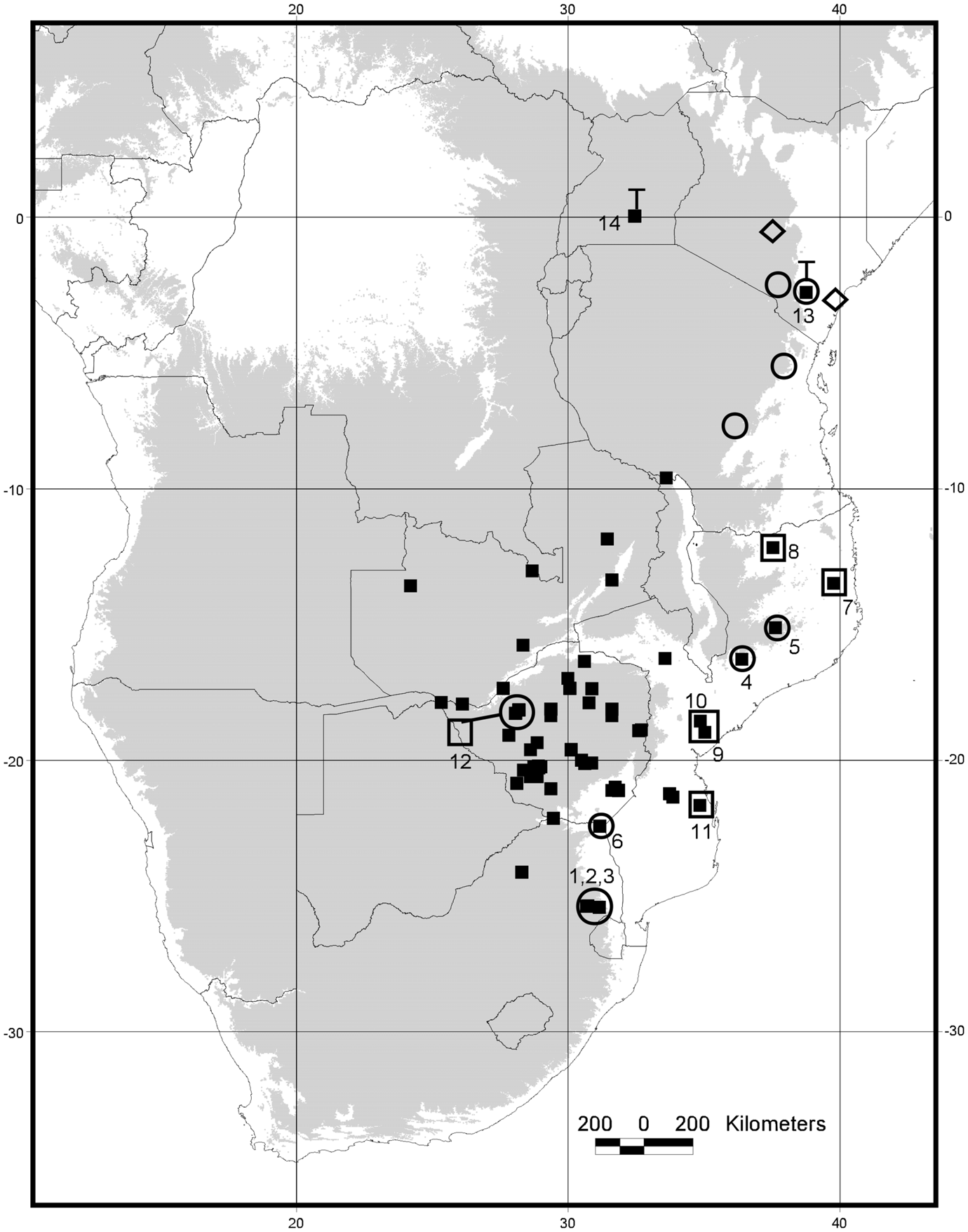 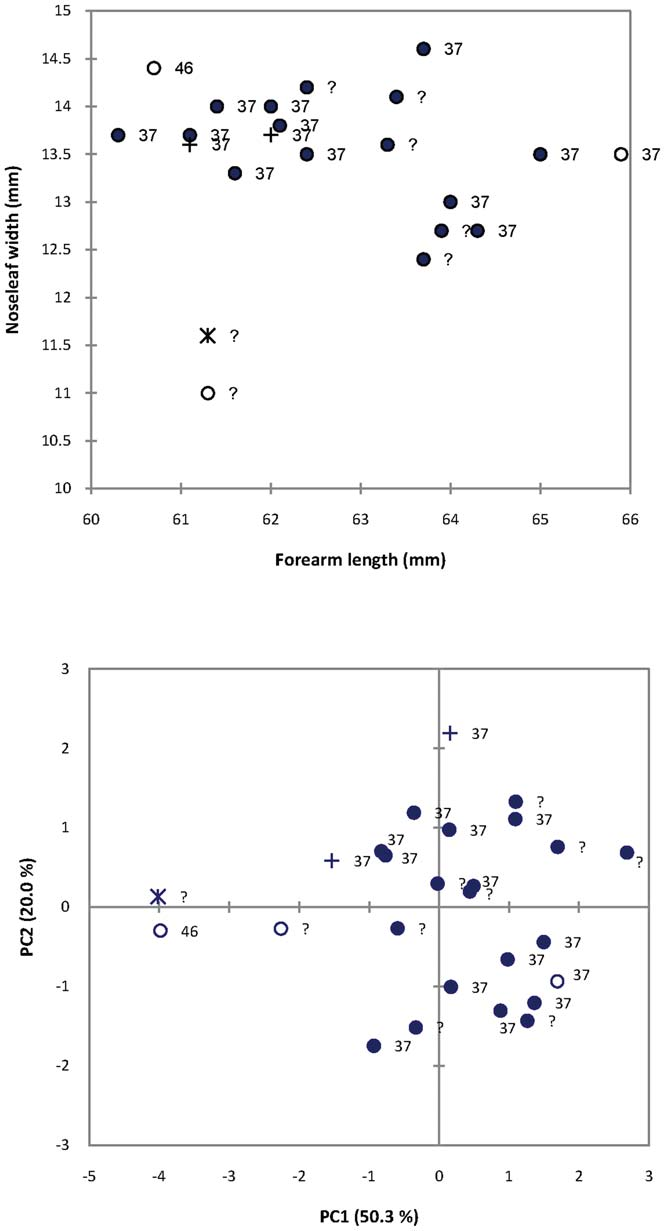 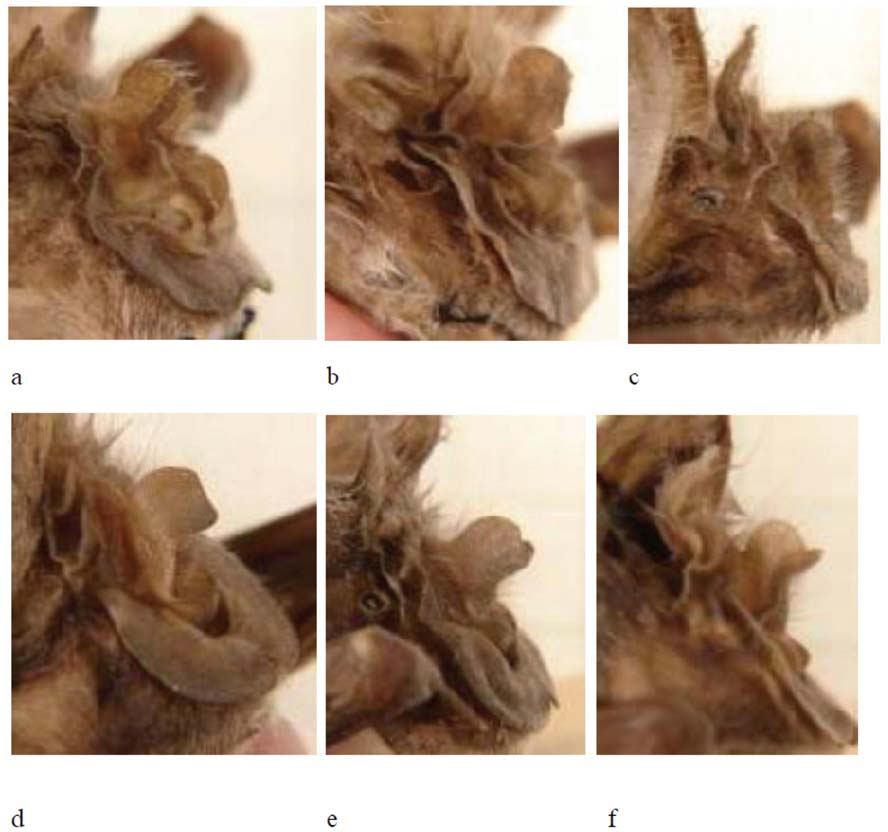 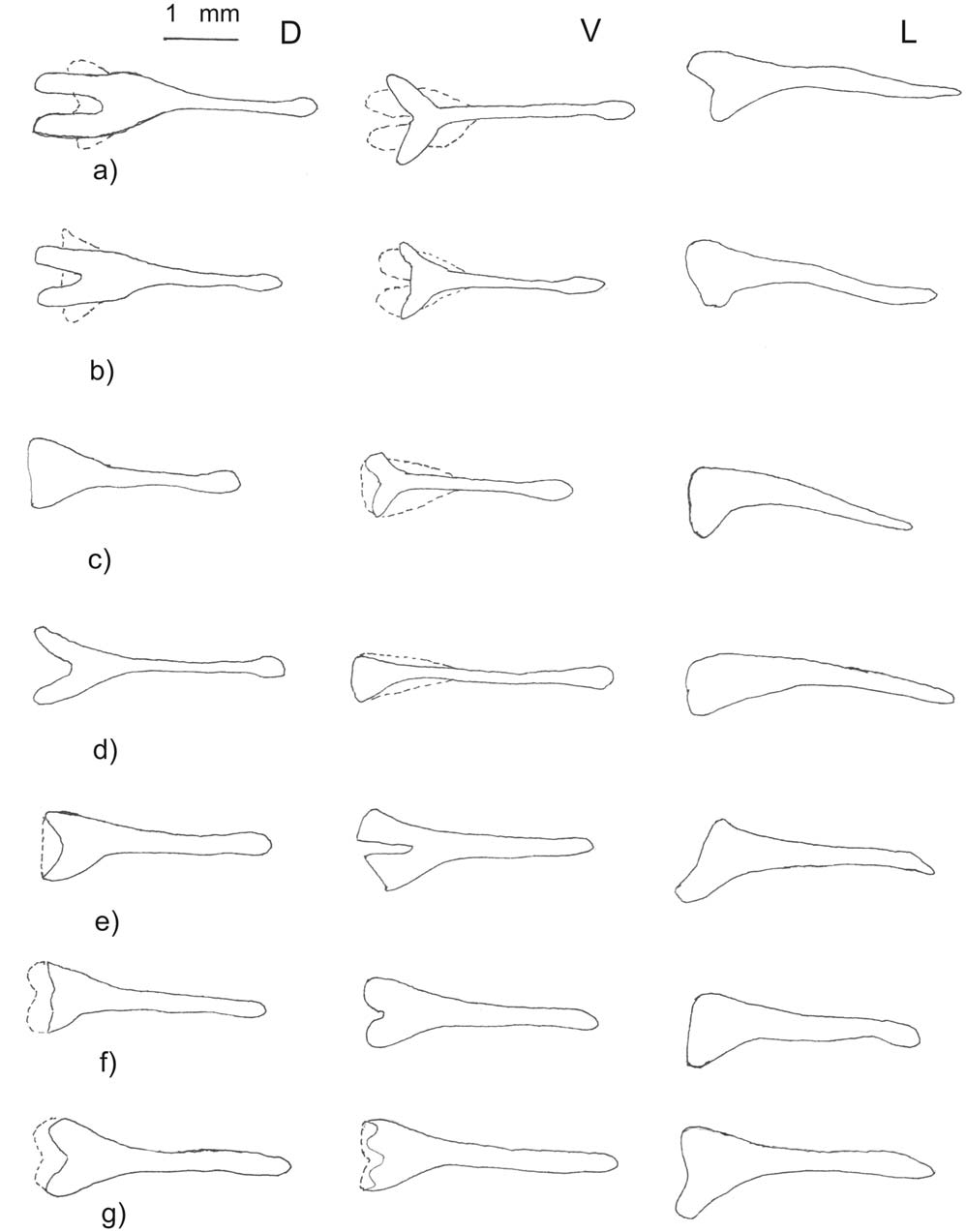