Etymology. This species is dedicated to our collaborator Alexandre Banko.

Remarks. The general pubescence in the holotype and paratype is very similar in the concentration and distribution dorsally and ventrally, except the denser abdominal pubescence in the paratype. However, we do not know which the true pubescence pattern in the species is, because, apparently, at least part of the pubescence is lost in the two types.

Based on the pubescence present in the holotype and paratype, and black color of the legs, Cirrhicera bankoi   does not match with any other known species of the genus. The slightly more similar species it would be C. cinereola Bates, 1881   , but besides the distinctly denser general pubescence, the upper eye lobes are distinctly narrower and distant each other (see photograph of the holotype at Bezark 2017).

2(1). Elytra with pubescent fasciae covering most of surface and without black spots, or basally and medially transverse........ 3

- Elytra with pubescent fasciae covering most of surface and with black spots, or with large areas without pubescence...... 2’ 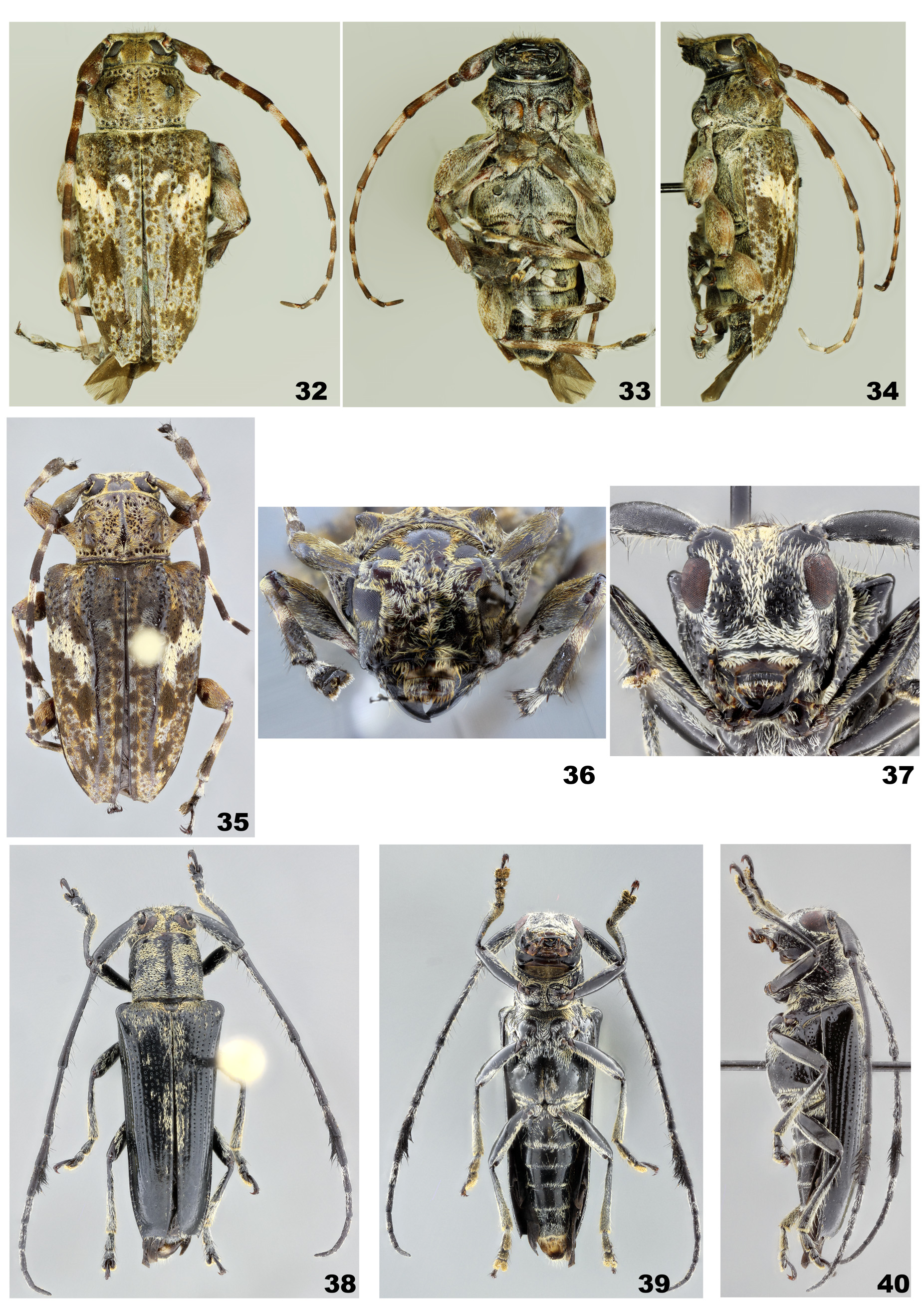